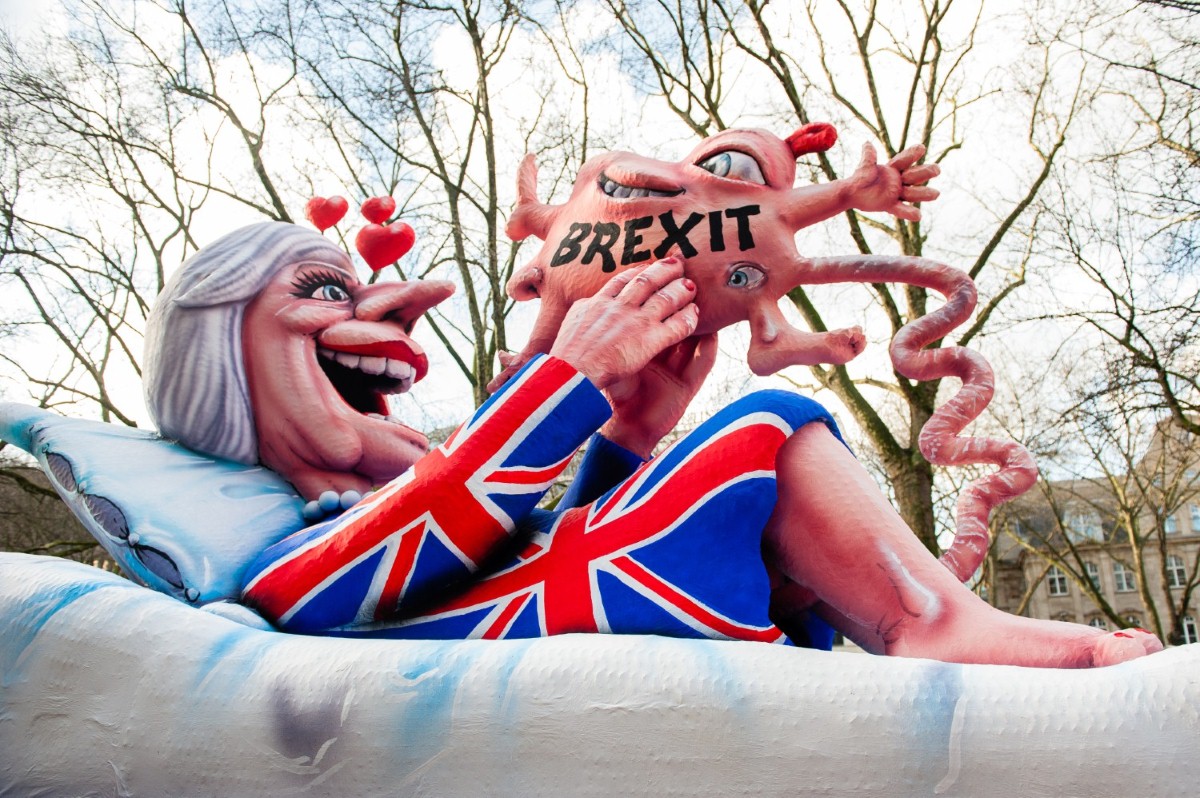 Back in January, Theresa May started a fight with the EU. She rejected the demand from Brussels that free movement remain the same through transition. EU citizens arriving after March 30th 2019 would be subject to new requirements, probably involving mandatory work permits, registration and benefit restrictions.

"I'm clear there is a difference between those who came prior to us leaving and those who will come when they know the UK is leaving," she told reporters, in her usual mechanical style. The Daily Express praised her for finally getting tough on migration. The Mail and the Sun wrote glowing reports.

In truth, she was never going to win this battle – the EU holds too many cards for her to have any chance of success. But today it became clear that she couldn't win the battle even if the EU were to capitulate completely. She doesn't have the resources. She's like a gunslinger who demands a duel only to find out they forgot their pistol.

Today's damning report by the home affairs committee informs the prime minister in no uncertain terms that she doesn't have the time or capacity to set up a registration system for existing EU nationals, let alone one for them and then a second for new arrivals. There isn’t enough funding, or staff, or political clarity, or time. There isn't enough of anything.

"If ministers intend different arrangements for EU citizens arriving after March 2019 from the registration scheme for EU citizens who are currently resident here, they should have plans for systems, resources and recruitment already in place," the report reads. "In the absence of any answers, we do not believe it is feasible."

That lack of capacity is visible everywhere in the immigration system. MPs on the committee warned that UK Border Force was about to be swamped with work, especially if it also has to take on a customs function. This shouldn't be necessary of course – the government said it would stay in the customs union during transition – but ministers now seem uncertain about even this.

The consequence of failure here goes way beyond immigrants or goods. It is a security risk. "The government needs to be realistic about the lack of time left to make substantial changes to the border arrangements for either goods or people before March 2019 without significant disruption or security challenges," MPs concluded. "Rushed and under-resourced changes will put border security at risk."

Even if the government could afford to flood UK Visas and Immigration, Immigration Enforcement and UK Border Force with money, staff and training – and even if it could somehow invent more time to insert into the Article 50 timetable – it would still be unable to handle the situation because it has no idea what policy it is going to pursue. The immigration white paper, which was supposed to be published last summer, has been delayed until maybe this summer. They simply have no idea what they're doing.

Committee chair Yvette Cooper seems to be pulling her hair out at the government's total failure to answer even very basic questions about its immigration plan. "Will there be one registration scheme or two?" she asked this morning. "Same rules during the transition or not? Extra border checks or not? Are they planning to ask employers to check registration documents? Or landlords? Will the same rules apply for Norway and Iceland as the EU? Can you still get settled status if you move regularly between the UK and EU for work?"

We don't have answers to any of these questions.

There's just one thing we do know. When May started that fight over free movement in transition she had no basis to know whether she could implement it if she won. She clearly hadn't even bothered to check.

She is starting fights she cannot win and that she cannot enact even if she did. It is a deeply concerning way for a prime minister to behave.