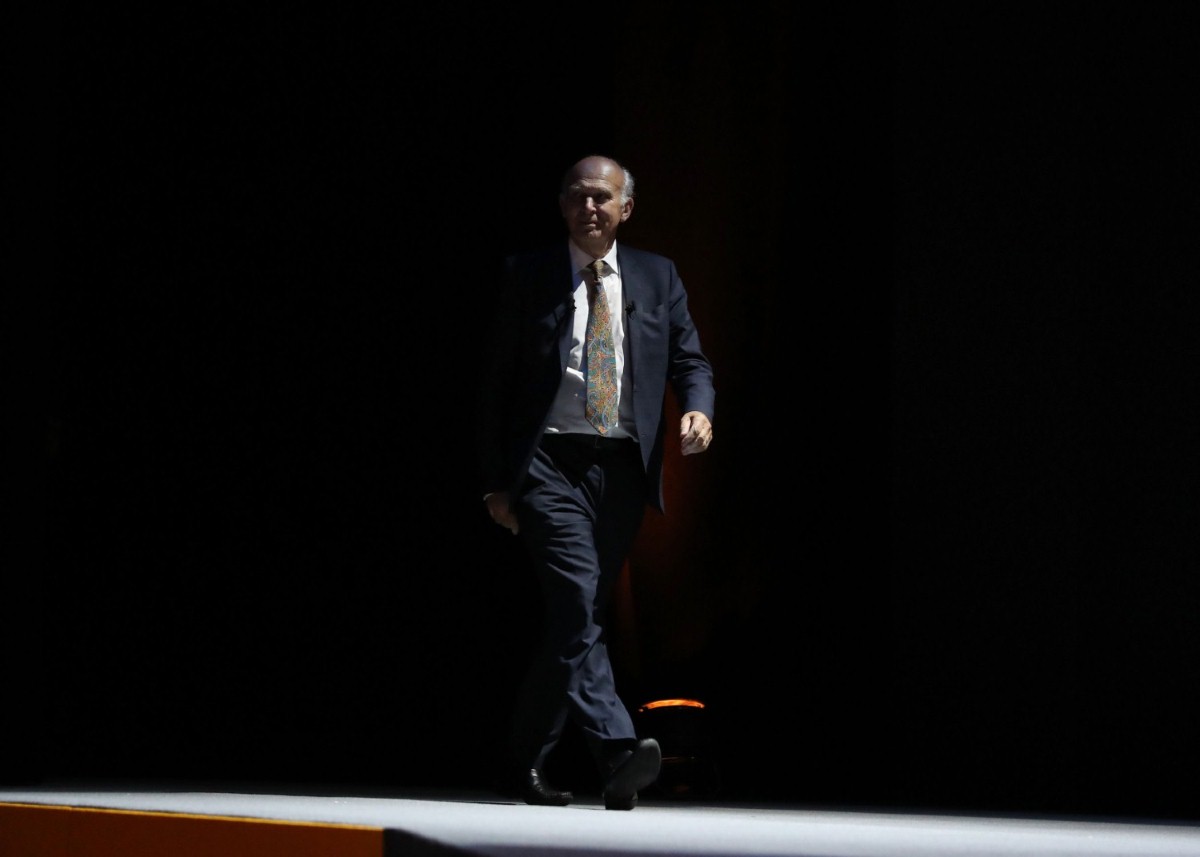 Vince Cable speech: A tired contribution which misunderstands this moment in history

Vince Cable is right about almost everything.

So why does watching him make his first speech as leader feel so deflating?

He has never been the most gripping speaker. He speaks slowly. His voice and timing is quite monotone. He barely moves up on stage. He still gives speeches like the lecturer he was before entering politics. These are all pretty superficial observations, but you can't help but ponder if there is something to them as you try to stay awake going past the hour mark.

Still, these faults could be ignored if the the speech was powerful enough on its own terms. As business secretary in the Coalition, Cable used to spark news stories which ran for days by standing up on stage and raising the deficiencies of capitalism. He has an excellent understanding – free from the dogma of left and right – of where the system works and where it doesn't. He has no time for the hyper-sensitivities of socialists or capitalists. His intellectual worth should be enough to spark a speech into life. But his mind, fine as it is, doesn't seem to have properly comprehended how much has changed in British politics since he last stood as an MP on a conference stage.

His worst moment came when he celebrated the fact his Liberal Democrat team had been "bloodied in the difficult business of government". This is the opposite of what Cable needs to be saying, but he hasn't realised it yet. In this new era, anything resembling the status quo is bad. Having had any contact with government is bad. Cable should have recognised how effectively Leave used that in the Brexit referendum, how savagely Donald Trump used it in the US election and how eagerly Marine Le Pen used it in the French election. The establishment, the elite, whatever you choose to call it – that is the enemy. These are times in which you revel in your outsider status, not your experience.

It's unfair and especially unfair for the Lib Dems. For decades the exact opposite was true. You needed experience of government or no-one would take you seriously. Now they have it and it is the worst thing which one can possess. But Cable hasn't spotted that shift yet. He hasn't recalibrated.

The sight of him emerging onto the stage is faintly depressing too. He is a figure from the recent past, when one instinctively feels the party needs something fresh – someone young, new and dynamic. Basically all the things he isn't. Jo Swinson would have been an improvement, but even she is like a face on the back of a box-set from last season.

It's not his fault. If anything it's the fault of the party machine for putting forward so many parliamentary candidates from the old guard for winnable seats during the election. But fair or not, it is where we are. Politics currently demands a rejection of the status quo and he is promoting himself by stressing that he was involved in maintaining it. The Lib Dem brand is tarnished by tuition fees and he's literally the guy who delivered it in government. The party needs fresh energy and he projects the precise opposite. These are times of great change and he is up on stage talking about "endurance".

None of this is particularly pleasant to write. Almost everything he said up there was correct and he seems a decent, principled, highly intelligent man with a proud track record of calling the big stuff exactly right. But none of that changes the fact that this speech was tired and uninspiring. A Lib Dem revival feels further away today than it did this time last year.