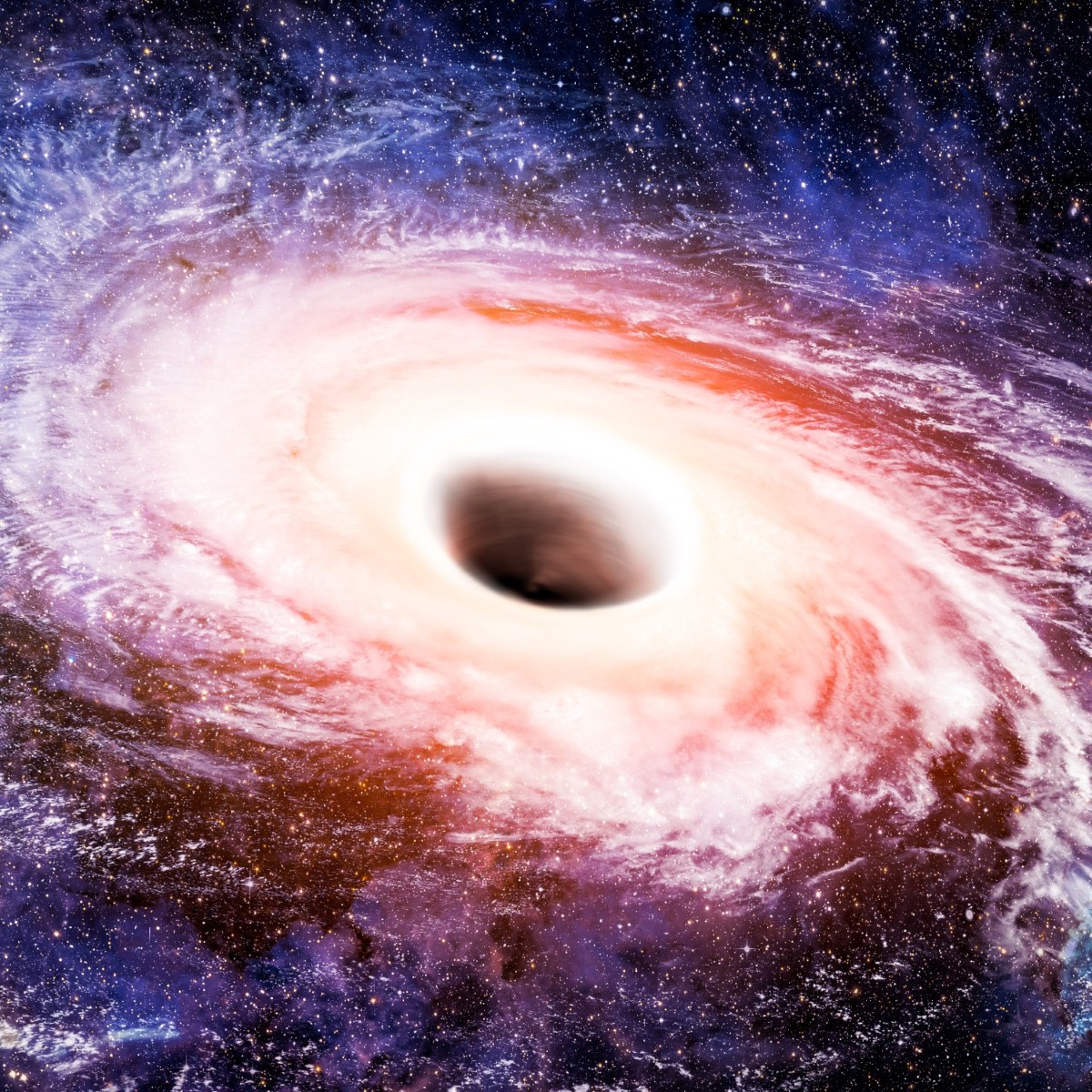 Uncosted: The Brexit black hole in Corbyn and May’s manifestos

When historians write about this election – in so far as they can bothered – they won't talk about dementia tax, or fields of wheat, or a politician forgetting their sums. They will marvel at how an advanced democracy could hold a general election without addressing the issue which was about to change it forever.

We have talked at length about whether or not the Tory or Labour manifestos are uncosted.  But we do not seem to have noticed that they both contain a massive black hole in the middle of them. They make no effort to explain how much Brexit would cost or how it will be delivered.

The Conservative manifesto is at least honest in saying they plan to leave the single market and customs union. The Labour manifesto does not even do people the basic decency of confirming this fact, but reveals it implicitly. Either way, their policy is the same: hard Brexit.

It's impossible to assess the cost of this decision with pinpoint accuracy, because we can't tell exactly what May or Corbyn would do in negotiation or how much access they can secure. There are a lot of known unknowns. But we can come up with educated guesses.

Research by Raoul Ruparel, who later became an adviser to Brexit secretary David Davis, estimates that leaving the customs union would reduce GDP by between one and 1.2% in the long term. That would entail a permanent cost of about £25 billion a year.

The Centre for Economic and Business Research recently looked into how much Britain's services would lose if we leave the single market. In their best case scenario, we'd lose 1.4% of GDP. In the worst case it would be two per cent. This translates into something up to £36bn.

This would not be shared equally. Financial services, telecoms and IT, and transport would feel the pain more than most, all of them registering export losses of 15% or more. The report expected a decline of somewhere between 9.5% and 14% in total UK services exports.

A recent report by the Fed Trust looked at what would happen long term to the British economy in a no-deal outcome which left us trading on WTO terms. It came up with four scenarios, from simple tariffs to an outright recession. The expected reduction in overall gross output went from 0.5% in the first scenario to ten per cent in the latter one – although some individual sectors would see output reductions of nearly 25%.

The Fed Trust findings do not even relate to non-tariff barriers, which are widely considered to be the most technical and important aspects of free trade. If they were factored in, researchers estimated that that would lead to another two to three per cent of reductions in output.

The consensus among economists – and I'm not going to make an experts joke here, it's really not funny anymore – is that trade with the EU, which is our largest market, would fall by around 40%, while foreign investment fell by around 20%.

None of this even considers immigration. The signs are now that immigration is starting to seriously slow. The self-interested, mean-spirited, inward-looking mood music has been heard loud and clear overseas. That has a huge financial cost to the UK, which needs an influx of people of working age to pay for our aging population and deliver the public services they rely on. The Office for Budget Responsibility has estimated the fiscal impact of a reduction of net migration from 265,000 to 185,000 at about £6bn a year by 2021. It will be much more if we hit the tens of thousands level May anticipates.

These are not far-flung Project Fear projections. The early effects can already be seen. A year ago we were outperforming Germany, the US and Japan. Now we have slumped to the bottom of the G7 list of advanced economies. The pound fell in value after Brexit and that has translated, due to increased import prices, into inflation. This is denting consumer demand – the main driver of UK growth. Wages are no longer keeping up with inflation. The Bank of England has warned that living standards will continue to fall.

Investors around the world are taking notice. A recent survey of 97 sovereign investors — which include sovereign wealth funds, state pension funds, central banks and government ministries collectively holding £9 trillion of assets – by Invesco found they see the UK as a less attractive destination for investment. They rank the attractiveness of markets on a scale of one to ten. In 2015, the UK’s rating was 7.6. This year it is 5.5.

Producers in Europe are coming to hard conclusions about the UK's direction. Many goods must pass over borders in their manufacturing process. If there is a tariff and various bureaucratic requirements when they do so, they would be better off based inside the customs union. Almost half of European businesses have already started looking to replace British suppliers with competitors from inside the EU.

Meanwhile, British businesses are being given no certainty whatsoever. Every time May says that "no deal is better than a bad deal", they are again being driven closer to having to make snap investment decisions in a state of regulatory uncertainty. None of this is necessary, even under Brexit. If guarantees were offered they would not be in this situation. Instead, May continues to play Russian Roulette with the nation's future.

Any sense that the UK would be able to focus on these disasters and address them in a sensible way is laughably outdated. Firstly, it will be dedicating all its resources to negotiations in Brussels and at the WTO, where Liam Fox faces a horrifically complex series of talks in order to prevent exporters litigating against the UK on the basis of our tariff rate quotas.

Britain must also somehow negotiate and secure over 750 separate agreements, currently under an EU umbrella, with about 168 non-EU countries. They cover everything from nuclear goods to fish to financial services. To give some sense of the size of the work required, 49 of these deals are with Switzerland alone.

Britain will also have to create an entirely new regulatory infrastructure from scratch to do all the things European regulators used to do, from safeguarding nuclear material, to testing drugs for the market, to certifying airline parts.

The Brexiter response to this crushing reality is two-fold. First, they wish it away with vague platitudes about ruddy old England, seemingly immune to the idea that ruddy old England succeeded precisely because it conducted its politics in a way which made sure it was protecting the quality of life of those who lived within it. Secondly, they insist that future trade deals will make up for any losses closer to home.

It is nonsense. The most important attribute of any trading relationship is distance. There has been no surge in exports on the basis of our currency being devalued in the wake of the referendum. Tariff protections for growing markets among the Bric economies and Asia are higher than in the EU. None-tariff barriers are higher too. The idea that these markets could make up for the loss we will suffer by cutting ourselves off from Europe is not taken seriously by analysts.

And anyway, countries around the world are uninterested in Britain's shambolic, self-inflicted desperation. New Delhi, where Britain laughably wanted to harness the "special relationship" to secure a trade deal, seems immune to our charms. It allowed a key investment deal with the UK to lapse just days before chancellor Philip Hammond arrived to secure better terms. The Indians scoff at our pathetic reference to a special relationship. They remember empire very differently. And anyway, trade with India is miniscule and falling. Just 1.7% of our exports go there, slightly less than to Sweden.

Donald Trump was supposed to be the great hope of the Brexiters. He shares their lack of interest in reality and a preference for emotion over reason. He is also motivated primarily by a half-formed concept of borders and control. And yet even he has now decided that he will prioritise a trade deal with the EU over one with the UK.

He could change his mind back – a perfectly realistic scenario – and it still wouldn't make a difference. Experts believe a trade deal with the US would be ultimately quite trivial, yielding benefits of just 0.3% of GDP. Why? Because the US is far away and the EU is very close. It’s like trying to explain trade to Dougal in Father Ted. The Americans also have very different sets of regulations which would be difficult to harmonise.

None of this has been discussed during the election. It is not an elephant in the room. It is a stampede approaching at speed, to which we have stared, shrugged and continued with our little tea party. If historians do bother to assess what happened in this election they will be left aghast at our complacency. And they will condemn the vacuous proposals put forward by May and Corbyn in the strongest possible terms. We needed political giants. Instead, we got children.