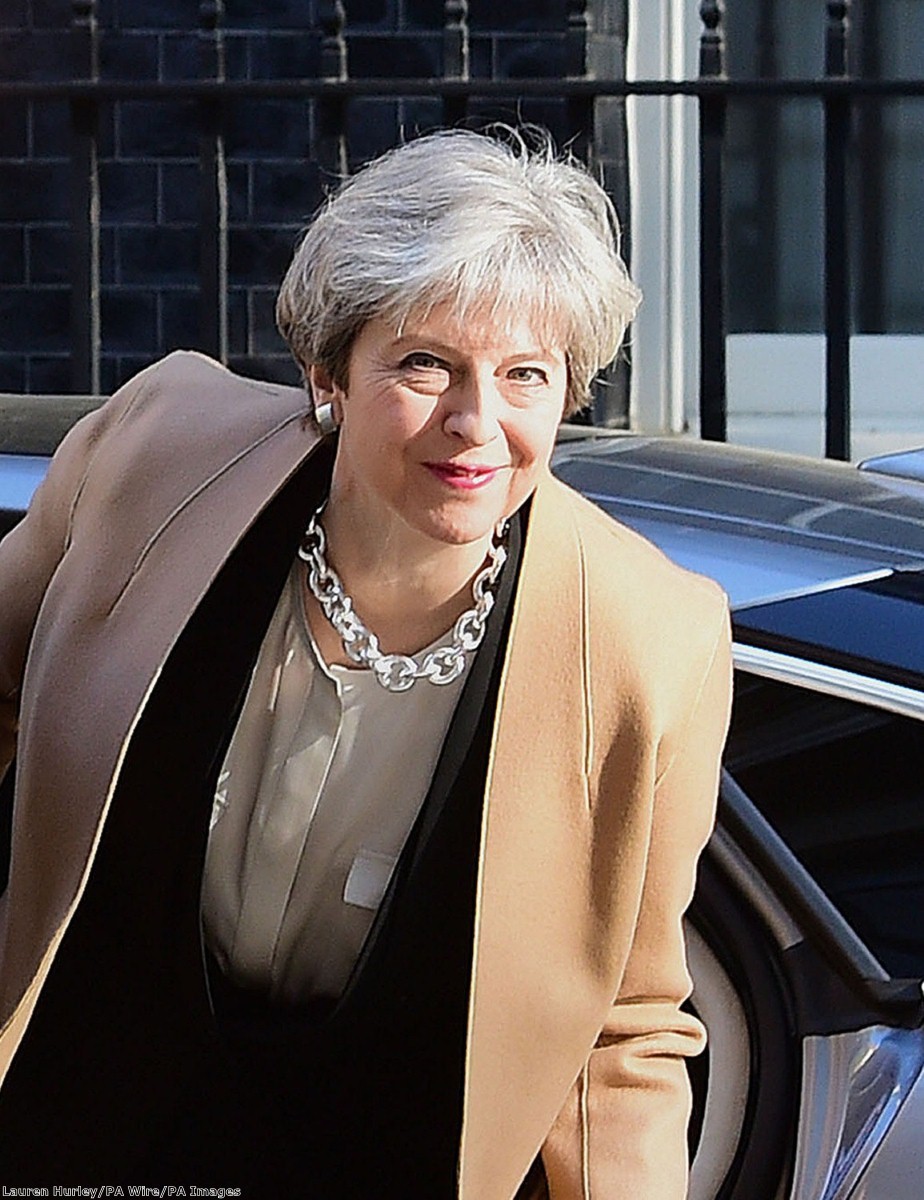 No-one believes Theresa May's great lie. I haven't spoken to anyone, on whatever side of the political spectrum, working for any news outlet, who actually accepts what she said yesterday.

"The country is coming together, but Westminster is not," she insisted. Opposition parties are apparently trying to sabotage her Brexit strategy so she's going to the country to secure a Brexit mandate which will strengthen her hand at home and in Europe.

You'd never know that she just got her Article 50 bill through parliament completely unamended. The "unelected members of the House of Lords" who "vowed to fight us every step of the way" sent the bill back to the Commons once and then let it pass, eager to show that they understood their place in relation to the other Chamber.

Shortly after she made her announcement, Jeremy Corbyn popped up to confirm that Labour would vote to authorise an election. At first he did not mention Brexit at all. That alone was unsurprising. He has shown very little interest in the subject except to occasionally help force it through, for instance by whipping his MPs to vote with the government on Article 50. Later in the day he began giving interviews in which he spoke of delivering a fair Brexit.

So there it was. Labour would run on a platform of accepting and helping to deliver Brexit. May's arguments were clearly and demonstrably nonsense. In her interview on the Today programme this morning, May repeatedly referred to the Lib Dem opposition to Brexit. It was almost laughable. The party has nine MPs.

The reality of May's election announcement is just boring, old-fashioned, venal self-interest. She has a 20-point lead over Labour and wants to expand her majority. In a bid to do so, she is going to transpose one thing with another. May has called a referendum on Jeremy Corbyn and is going to pretend the result is a mandate for her Brexit strategy.

Polls suggest views on Brexit are still split down the middle. Views on Corbyn are not. It serves May to pretend one is the other. That allows her to expand control over parliament and her own party.

That alone is poisonous enough. But there are signs May is planning to conduct this election in the most toxic way possible. Her constant reference to unity does precisely the opposite of what it sounds like. It pretends that the public are of one position – on Brexit and everything else. Anyone who does not share it is therefore a saboteur acting against the interests of the nation. It is a dangerous and highly irresponsible approach to an election, which serves to cement division rather than alleviate it.

If the prime minister was not pursuing Brexit, the press would be at her throat for breaking her election pledge. It is, after all, as shameful and complete a lie as that which the Liberal Democrats engaged in over tuition fees. But instead, the right-wing press enthusiastically followed her talk of unity to its logical conclusion.

Morning. Nice country to be living in. pic.twitter.com/3laa9rN41A

This is going to get much, much worse. Look at the quote below from Garry Heath, chairman of Wycombe Conservative Association.

"If the forthcoming general election is to count, the Conservatives need to present a profoundly different type of politics. We must move away from division politics and return a voice to the white working class, the self-employed and other small business people who have had no voice in government for decades. We must be the unashamed voice of unity across the UK; as a country, we have been divided too long."

There is something dangerously authoritarian in all this. It suggests there is one homogenous majority – the white working class, who back Brexit and hate immigration. May will not say that her post-election majority is the result of an unpopular Labour leader. She will say it is the result of mass popular support for the entirety of her political programme. Anyone opposing her is therefore subverting the people's will.

We know where this kind of language goes. Look at those Mail and Sun front pages. It is going there already. The next two months could get very ugly indeed.