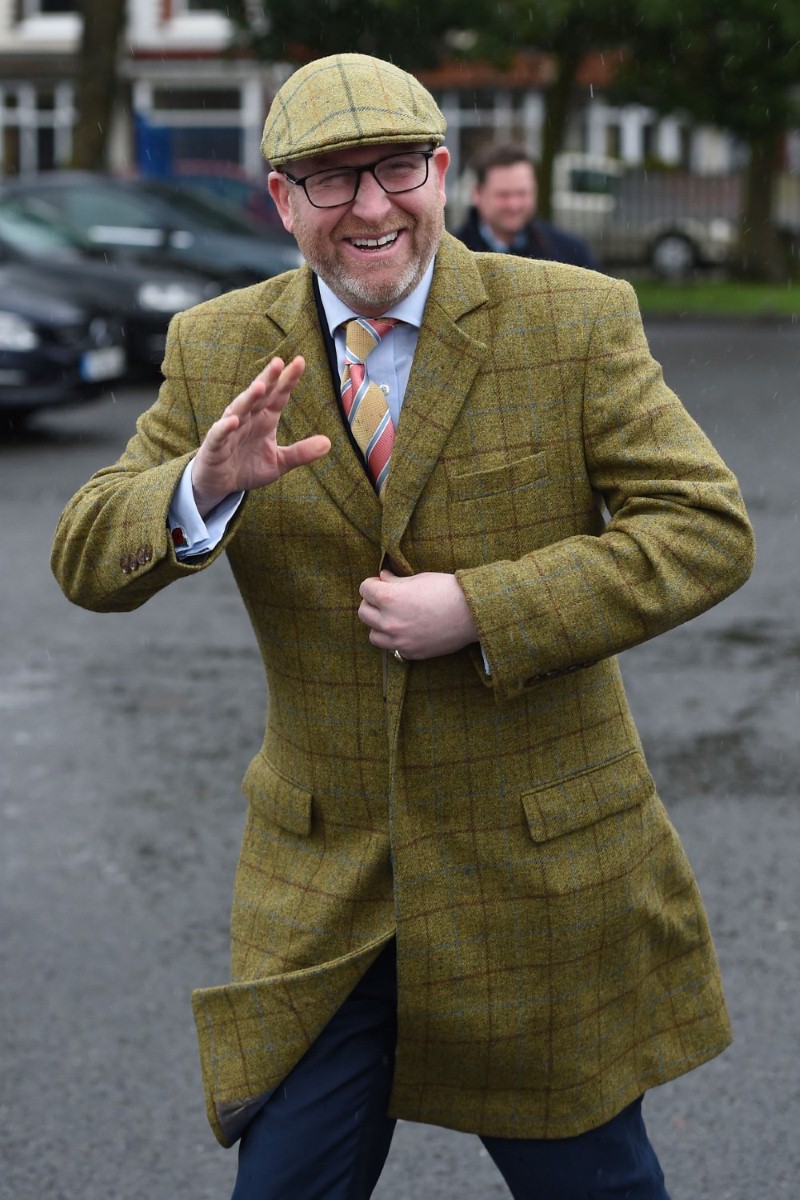 Stoke by-election: Ukip are finished, it’s time to put them to sleep

He could have admittedly done a better job. Nuttall has for years been portrayed as the great threat to Labour, for no real reason other than his accent. That's how complete the take-over of identity politics is on both left and right in British politics. When it finally came time to put this theory to the test, it turned out that an accent is not enough.

His campaign was one for the history books. First he pretended he lived in Stoke when the home he had designated in the constituency was empty. Then he had a toe-curling encounter with Michael Crick in which he tried to dismiss it.

So far, so typical. Just like Tristram Hunt, the Labour MP who came before him, he had been parachuted in. He'd hoped that the standard Brexit rhetoric on immigration and control would see him through, given Stoke's high Leave vote. It was the same arrogance and lofty disdain as that shown by the mainstream politicians Nuttall claims to hate so much.

But the rest of his errors were of a different quality altogether. The false claim that he had lost friends in Hillsborough was not a standard political story. It was the type of thing which grabs the attention and forces you to start psychologically assessing the candidate and his team. That's generally not a good place for a campaign to be. Soon afterwards, Nuttall's website shut down for 'scheduled maintenance'.

By this point something very dangerous happened to Nuttall. He had become a joke. People put out doctored images of him at historic events, like the moon landing or at a Beatles gig. He was a punchline in the John Terry style – capable of being superimposed on any image.

It's a big day for Paul Nuttall – but he's had plenty of those over the years… #NuttallFacts #StokeByElection pic.twitter.com/I0kDLqyhyp

But for all his personal failures, there was a bigger strategic one Nuttall had committed: he had believed the media narrative on Brexit. This narrative has been constructed almost entirely on the basis of Leave supporting MPs and newspapers. It is their echo chamber. It says that Brexit was a triumph of the left-behinds against the establishment. Like all really convincing lies, there is truth in it. Many voters were trying to give the establishment a kicking and many do feel left behind. Generally, the less well off and less well educated were more likely to vote Leave. And yes, nearly two-thirds of Labour seats – and four-fifths of their seats in the Midlands and the North – backed Leave.

But this account of the referendum is grossly simplified. It has become the only story in town for the simple reason that it flatters the Brexiters to pretend they are fighting some sort of crusade for the disadvantaged. Peel it back and you remember that nothing is quite as it seems. Across the country, nearly two thirds of Labour voters backed Remain. And yes, they did so in the Midlands and the North, not just in London and the major southern cities. Labour voters in the Midlands and the North rejected Brexit by 58%.

That left Nuttall trying to squeeze the Labour vote on Brexit when there really wasn't that much to be gained by doing so. Turns out it only gets you another couple of points. Meanwhile, the Conservatives, who only really started campaigning the other day, actually increased their share of the vote. And so did the Lib Dems, with their resolutely anti-Brexit platform, presumably at the expense of Labour, who despite their victory lost five points. In Copeland, which also held a by-election yesterday, Ukip lost nine points.

How do you squeeze a Tory vote when it has already moved to your position? You can't. There is simply nowhere for Ukip to go. Even Nigel Farage doesn't seem that interested. Most of his reactions to the prime minister's speeches merely involve him stating how happy he is with everything she's doing.

Ukip are in power, in every form that counts. And they are therefore further away from power than they have ever been. They can't target Conservative votes, because they are them. And there's no point looking leftward, because if they can't win Labour votes in Leave-supporting Stoke they can't win them anywhere. What are they going to do? Target the Lib Dems? They're finished.

If Ukip continues to have any success at all it'll be as a meme, which is really the only kind of success it ever had anyway. In terms of electoral victory, it's time to put to bed the idea that they are a viable political party in Westminster.