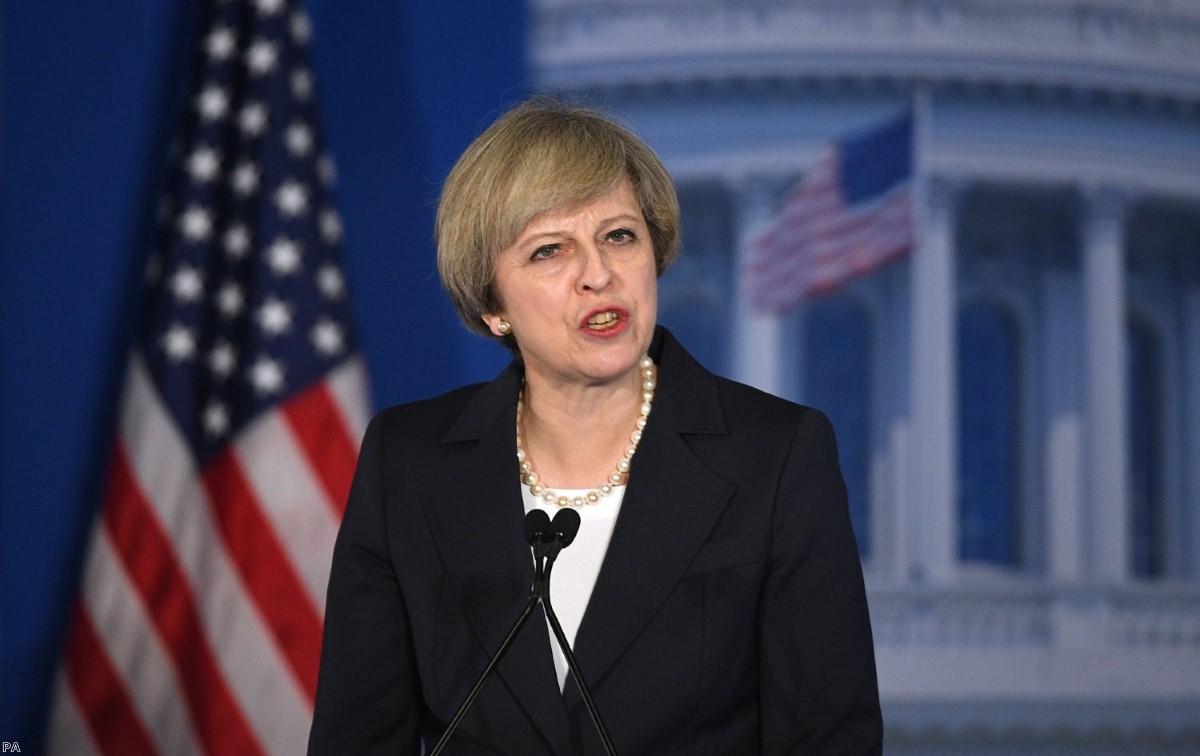 Week in review: Theresa and Donald, sitting in a tree…

It was enough to make you feel unwell. When Theresa May arrived in the US to become the first world leader to meet the new American president, she told reporters that despite their different styles, "sometimes opposites attract".

Given that Donald Trump was in the process of setting up an explicitly Islamophobic immigration system, building a border wall with Mexico, sparking a trade war, tearing up trade agreements, establishing a regular publication of so-called 'immigrant crimes', planning a mass deportation programme, instituting torture as official US policy, creating a White House run by family relations and trying to starve the UN of cash, the attraction was not necessarily welcomed on this side of the pond. And given the fact that Trump's self-professed approach to women constitutes sexual assault, it didn't seem particularly wise in terms of personal security either.

But the fear that May would be fawning and obsequious in the US appears to have been wide of the mark. The prime minister's address to Republicans in Philadelphia was a masterclass in British tent logistics. May assessed the full potential range of the opinions she might express while staying in the tent, she tracked the outside, measured up the diameters, checked the fastenings were all in place and then, in carefully coded language, she let loose. From Islam, to Nato, to the UN, to Russia, to the Iran deal, to liberalism, to free trade – she covered all the bases.

"We should always be careful to distinguish between this extreme and hateful ideology, and the peaceful religion of Islam and the hundreds of millions of its adherents," she said. "With President Putin, my advice is to 'engage but beware'… We should engage with Russia from a position of strength."

She went on: "The nuclear deal with Iran was controversial but it has neutralised the possibility of the Iranians acquiring nuclear weapons for more than a decade." Then: "We must turn towards those multinational institutions like the UN and Nato that encourage international cooperation and partnership."

The trouble with all this carefully-constructed messaging is that it's addressed to a human baboon. Will Trump understand? Does he have the mental capacity to even notice that he's being told off? If he does, does he have the emotional interest in responding to it? Most importantly of all, is there any bite behind May's discreet bark?

Because when you boil it down, May needs Trump more than Trump needs May. Sure, he could use credibility from an international leader, especially when he's being stood up by the Mexican president. And the flip side of him tearing up multilateral trade deals is that he needs to secure bilateral trade deals to show he's not just a vandal but a deal-maker. That obviously chimes perfectly with May's keen desire for a US-UK deal, in order to make it appear that Brexit can be a success.

But ultimately the needs are lopsided. It is Britain which is starting out alone in the world, cutting itself off from its largest export market. And May might stop to ponder why Trump prefers bilateral rather than multilateral deals. It's because one country is easier to boss around. Groups of countries find it easier to stand up the US.

What kinds of things do they need to stand up against? Certainly not tariffs, which are of little consequence really at this level. It's standards and regulations. US negotiators will want reduced controls on drug prices – something which will exacerbate, possibly to existential levels, the NHS crisis. They want reduced consumer protections around chemicals. They want lower data protection standards. They want radically reduced animal welfare and consumer protection laws around food, so that hormone-injected beef and chlorine-washed chicken can be sold in the UK.

And that's just for starters. After all, these are the types of demands the US made in deals which Trump considers insufficiently in America's interest. What he'd demand from a desperate UK eagerly demanding a US trade deal may be too awful to contemplate.

If anything protects Britain from this eventuality, it is time. It can't do formal negotiations while still an EU member, so that takes us to 2019. But even once Brexit happens, it will be impossible to have meaningful talks with the UK about trade until we know what kind of access it has to the half a billion consumers in the single market and that – a period which comes under May's purposefully misnamed 'implementation' stage – might not be sorted until 2025.

May and Trump will emerge today brandishing promises of a trade deal in the near future. But this is mostly PR. The reality is that talks won't start for some time and that when they do start, they'll take a good long while.

If they don't take a while, it's because Britain capitulated in every area. And that should make you feel much more unwell than May's flirtatious rhetoric.

Ian Dunt is a journalist for Politics.co.uk. His book – Brexit: What The Hell Happens Now? – is out this week from Canbury Press.