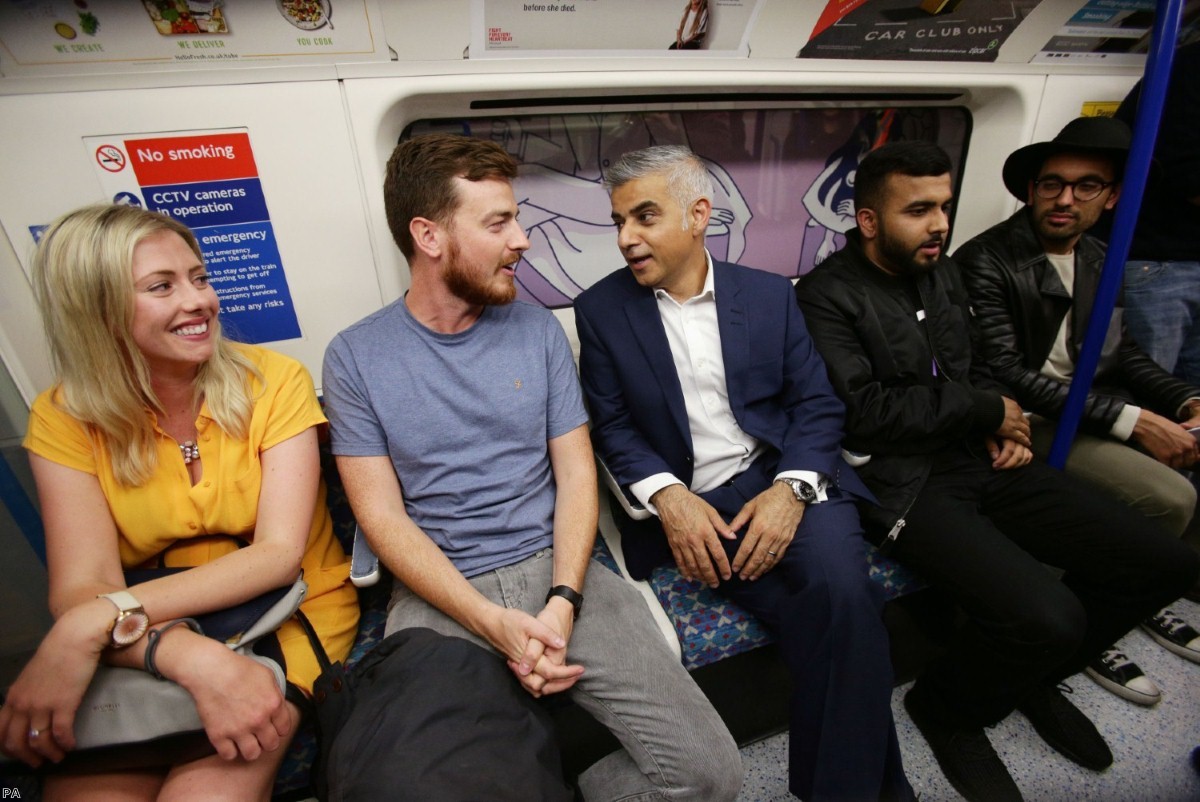 Sadiq Khan is a working class former human rights lawyer and left-winger. Despite facing a vicious Islamophobic Tory campaign, aided and abetted by the Conservative-supporting press, he won an overwhelming victory in a battle many on his own side assumed he couldn't win.

As a result he is now Labour's most electorally successful senior politician and has higher approval ratings in London than even his Conservative predecessor Boris Johnson. In a political environment which looks almost universally grim for Labour, Khan is a rare success.

You would think that under these circumstances he would be hugely popular among Labour activists and party members. At the very least you would expect his views to be listened to with respect.

And yet when Khan came out over the weekend to endorse Owen Smith in the upcoming Labour leadership election, he was immediately derided as a "traitor," and "stooge". Corbyn supporters attacked him for "betraying" them with some accusing him of secretly being in the pay of "zionists," unnamed "wealthy donors" and Rupert Murdoch.

Well this is all very predictable. pic.twitter.com/MmljtDuzUc

By the time his name was mentioned at a rally for Jeremy Corbyn last night, it was greeted with a wave of boos from thousands of supporters of the Labour leader. Khan, who just months ago achieved the party's biggest electoral success in over a decade, is now treated as a traitor and pariah. His name is as welcome to the ears of Corbyn's supporters as that of David Cameron or Margaret Thatcher.

For anyone on the outside of the party it is difficult to comprehend how Labour has got itself into this position. How can it be that a party which until relatively recently appeared determined to get back into government, can now treat their most electorally successful senior member in such a way?

But when you look at Corbyn's continued popularity among party members, it suddenly becomes far less remarkable. The key thing to understand is that for many of the hundreds of thousands of new Labour members, being electorally successful is not their main concern. Corbyn is not popular among Labour members because they believe he is likely to win an election, but because he is "principled" and sticks to his views regardless of whether they are popular. For these people, electability may be desirable but it is not their priority. And for many others in Corbyn's camp, who accuse previous Labour leaders of "selling out to Middle England," electability is in fact undesirable altogether. For these most hardcore Corbyn supporters, the fact that Khan won a major election isn't a mark in his favour. It's a mark of suspicion and betrayal.

Incidentally, there were some attempts over the weekend by Corbyn supporters to claim that Khan's win in London only came because of the Labour leader's popularity in London. Quite how they figured this out is difficult to see given that Corbyn had negative ratings with Londoners in the run up to the election (ratings which have since deteriorated further) whereas Khan remains hugely popular. You might think the fact that Khan spent his entire campaign seeking to distance himself from his leader while the Tories spent their entire campaign trying to link the two men together, might also be a clue as to Corbyn's popularity in the city, but apparently not.

Supporters of Corbyn (rated -7 by Londoners in April YouGov) claiming that Sadiq Khan (rated +30) only won because of Corbyn's popularity.

However, with Owen Smith's leadership bid floundering most people within Labour are now turning towards the future after Corbyn is inevitably re-elected.

In his piece at the weekend Khan wrote that the party must reunite:

"No matter who wins the leadership contest, the Labour party must ultimately unite again, oppose this new Tory government and provide a vision to the British public of how a Labour government would improve their lives," he told readers of the Observer.

"Talk of a split or a new party is deeply irresponsible and would make it easier for the Tories to win again," he added.

Yet whether or not Labour members talk of a split seems increasingly irrelevant. The reaction to Khan's endorsement of Smith shows that the split has already happened. The party is now permanently divided between two wings, one of which cares about winning elections and being in government and another which sees those things as being at best a lesser concern, or at worst to be actively avoided.

As long as Corbyn remains leader it seems impossible that these two wings can come back together again. The only question now becomes whether the defeated wing will continue to stick around.