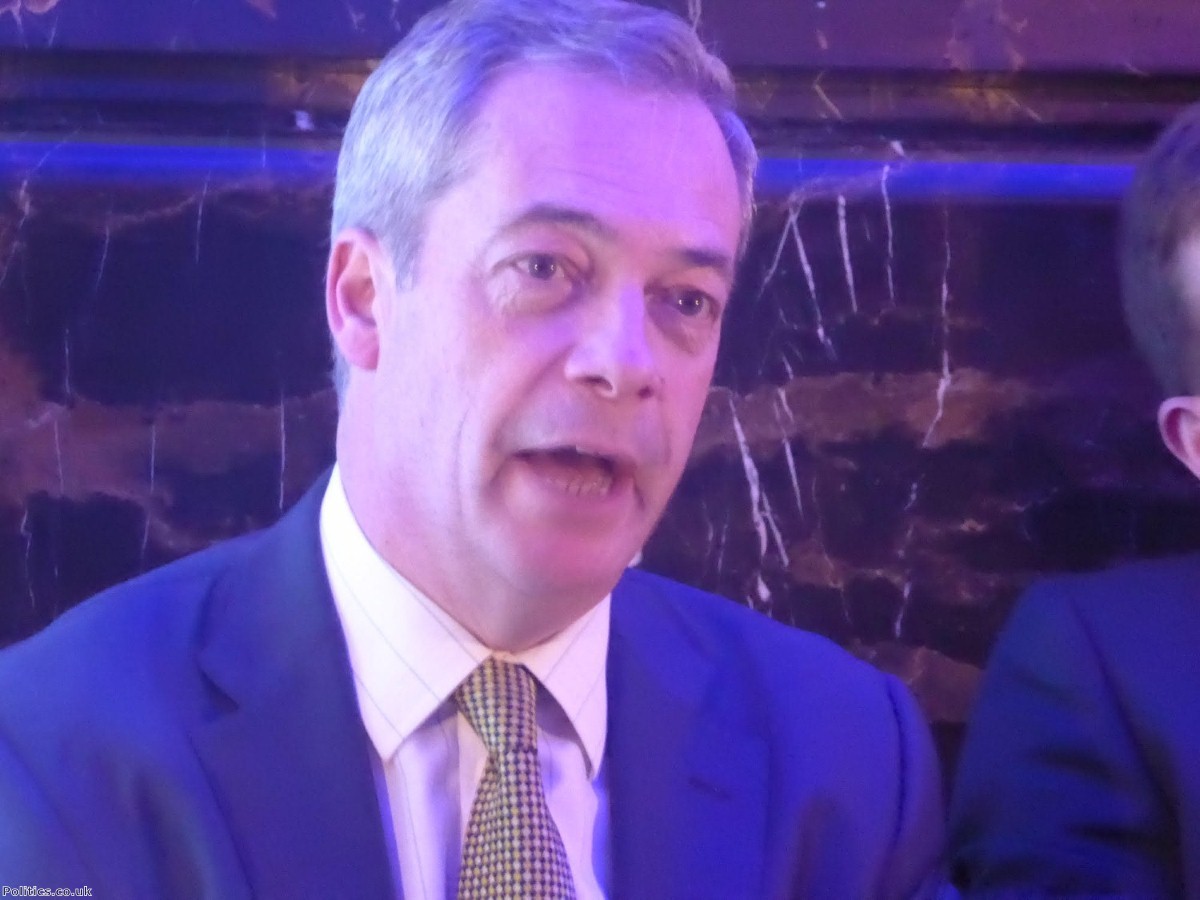 Nigel Farage: A political career defined by division and hate

Nigel Farage's time as Ukip leader ended with exactly the sort of language we'd expect from him: that of conflict, division, violence and aggression.

Accepting any deal which left us in the single market – and therefore subject to freedom of movement rules – would be an act of "backsliding, weakness, frankly appeasement". Anyone who pursued that negotiating tactic would be "waving the white flag of surrender". It would be "wholly, totally gutless".

This has always been his way. He toiled for years to take Britain out of Europe, but it wasn't until he merged immigration and the EU in the public mind that he had any success. It didn't matter that Britain received more immigrants from outside the EU than inside it, or that EU migrants were especially economically beneficial to the UK, bringing in £20 billion over 2001-2011. It offered a way of advancing his agenda.

He could have done so in a measured, responsible manner. Instead, every utterance, every poster, every interview was about division. He put out a poster with the slogan: "26 million people in Europe are looking for work. And whose job are they after?" Next to it, a giant hand pointed at the person reading the poster. It was typical of the type of rhetoric he'd deploy, turning what could be a standard political debate into one about people's personal vulnerability to change.

After extensive talks with aides on how to fire up Ukip's core vote, he said foreigners with HIV should not be entitled to care on the NHS. He said hearing foreign languages on trains made him feel "awkward". He said people would be concerned if they had a Romanian neighbour. Asked what the difference was between Romanian and German neighbours, he replied: "You know what the difference is." He implied Ukip's loss in the Oldham West and Royton by-election was due to vote rigging and the take-over of the area by immigrants. He called for only Christian refugees to be accepted from Syria.

Every statement, in every campaign, is designed to first personalise the immigration debate and then sow mistrust and division between the indigenous population and immigrants. This reached a fever pitch of irresponsibility during the EU referendum. He said anger over migration could "lead to violence". He put out a poster featuring dark-skinned people fleeing violence and war emblazoned with the phrase: "Breaking point."

And then Jo Cox was killed, stabbed and shot to death in the street. And then the referendum was won, and the attacks started. There has been a 57% increase in racial attacks since the vote.

Asked about those attacks today, Farage merely said there had been "incidents on both sides".

Did Nigel Farage and Ukip directly provoke these attacks? No. Life isn't simple like that. We can't pin down the one idea that radicalised a terrorist, the one straw that broke the camel's back and turned them into a murderer. And similarly we can't point to just one piece of anti-immigrant propaganda – whether from Ukip or the right-wing tabloids – which turned someone from a worried member of the public into a racist thug.

But we can say one thing: those attacks and Ukip's rhetoric both come from the same place: a place of division and hate and animosity, a place where the immigration debate is stripped of political language and turned into something personal.

Farage, for his part, is unapologetic. He has no other tempo. Even as the referendum ended, he celebrated a result for "decent" people, as opposed to the indecent people who had voted to Remain. Division is all he has to offer.

And there will be more of it to come. Today he laid down the flag we all knew he'd use. Any attempt to stay in the single market would be considered an act of treachery, he said.

To pull out the single market would be an extraordinary act of national self-harm. It would entail the abolition of all tariffs. It would be the end of Britain's manufacturing and agriculture industries. It would be Year Zero. Hundreds of thousands of families would lose their income. That is now the only outcome Farage accepts.

If he does not get it, he will sound the alarm of betrayal and treachery, again prompting anger and division. These are the only options he offers.

It's unsurprising that a man whose entire career is defined by pitting people against each other should step down promoting further division in the future.