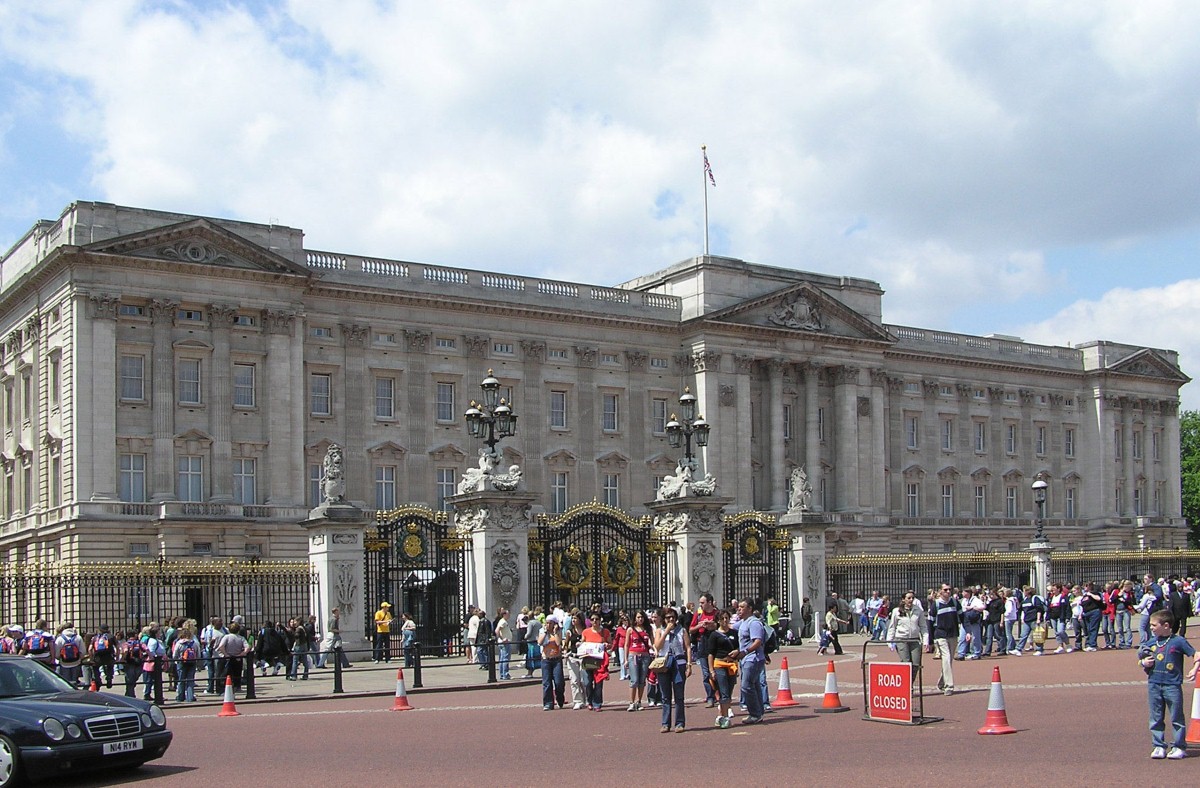 Scene: A drawing room at Buckingham Palace. The Queen seated, quietly playing Angry Birds while Corgis gambol around her.

UNDER-FOOTMAN OF THE SECOND EQUERRY HABERDASHIER: The Prime Minister, Your Majesty.

ELIZABETH R: Stop talking in capital letters, Norris. You know that winds me up.

UNDER-FOOTMAN OF THE SECOND EQUERRY HABERDASHIER: I Apologise, Ma'am. The Prime Minister Withal.

CAMERON D [sitting down]: Your Majesty, pursuant to the Fixed Term Parliament Act which Your Majesty most solemnly enacted by virtue of royal assent in the year of our Thatcher 2011 – [ELIZABETH R twitches involuntarily] – Parliament is dissolved and a general election is very much on the way.

CAMERON D: The date of the election will be May the 7th, Your Majesty.

ELIZABETH R: And what am I up to round about then, pray?

CAMERON D: The election takes place on the Thursday between the Newmarket 1,000 Guineas and the Victoria Cup at Ascot, ma'am.

ELIZABETH R: Ah, I see. And that will be that, eh? You will be all packed up and ready to go so the next one can come in on time?

CAMERON D: That is not the result I'm hoping for, Your Majesty. And even if your loyal subjects are not completely 100% clear about whether they want me or the other chap in No 10, I wanted to mention that I was thinking I might stick around for a bit anyhow.

ELIZABETH R [peering over her pince-nez quizzically]: Oh, yeah? And how do you work that one out?

CAMERON D: Well, Your Majesty. I may have to continue in Downing Street to ensure the smooth functioning of Your Majesty's Government.

CAMERON D [bristling]: I would not be squatting, ma'am. Just as the Scottish Brown stayed in No 10 five years ago after the result while the coalition talks continued, so I propose remaining in Downing Street this time around.

ELIZABETH R: My Balmoral servants tell me the traitorous separatists are rather active in my Scotch domains.

CAMERON D: Yes, Your Majesty, it is highly possible they may give the other chap some difficulty.

ELIZABETH R: It must not be permitted, Dave. Perhaps we need to wed young Harry to a bonny wee lassie, eh?

CAMERON D: The possibility could appeal to certain idiotic publications, Your Majesty. In the meantime, the political implications of the SNP are simply that the other chap might not be able to replace me under his own steam. In which case, in order to resolve doubts about who is in charge, I shall remain as your Prime Minister.

ELIZABETH R: You know I have very modern views, Dave. I believe if the people make clear that they have had enough of you then you ought to be on your way sooner rather than later.

CAMERON D: Indeed, ma'am. In the event of an uncertain result I would only remain as your loyal servant until it was clear I could not hold on to power in the Commons.

ELIZABETH R: But, according to this paperwork you have just presented in front of me, the next Parliament is not due to be summoned until shortly after the May Meeting at York and the Lockinge at Newbury. Is that not correct?

CAMERON D: Yes, ma'am – Parliament will meet on May 18th, anyhow. And then, er, I was thinking of holding on until Labour votes down my minority government's Queen's Speech.

ELIZABETH R: What, all the way until the Derby Festival at Epson?! But that's not until June!

CAMERON D: It is my prerogative, ma'am, as the incumbent prime minister. Please, Your Majesty. There is no need to spill your tea. Nor is there any need for you to attempt to stab me with that knitting needle. I anticipated this eventuality and had my staff draw up a new rulebook which clearly states I can stick around.

ELIZABETH R: This would not have done for my mother, Dave. One must never be without one's responsible advisers, but this seems a bit thick.

CAMERON D: I brought along a copy of the Cabinet Manual for you to look at, ma'am. I have marked the relevant passage with a pink highlighter.

ELIZABETH R [reading aloud]: "An incumbent government is entitled to wait until the new parliament has met to see if it can command the confidence of the Commons, but is expected to resign if it becomes clear that it is unlikely to be able to and there is a clear alternative."

ELIZABETH R: This is garbage.

CAMERON D: Surely not, Your Majesty. Them's the rules.

ELIZABETH R: But what about if you lose a good old-fashioned confidence motion, eh?

David Cameron has arrived at Buckingham Palace to meet the Queen as Parliament dissolves today pic.twitter.com/WU1TKZQhWR

CAMERON D: One would hope against such an outcome, ma'am. But it is not entirely clear that such an event would actually come to pass.

ELIZABETH R: How so?

CAMERON D: Your Majesty, pursuant to the Fixed Term Parliament Act which Your Majesty most solemnly enacted by virtue of royal assent in the year of our Thatcher 2011 – [ELIZABETH R twitches involuntarily] – it is entirely ambiguous and vague as to whether a confidence vote would actually be permissible under the terms of the Act.

ELIZABETH R: I am surrounded by morons.

CAMERON D: I am afraid you will have to be putting up with me for a little longer, ma'am. Even if I do have fewer seats than the other chap.

ELIZABETH R: Off with his head!