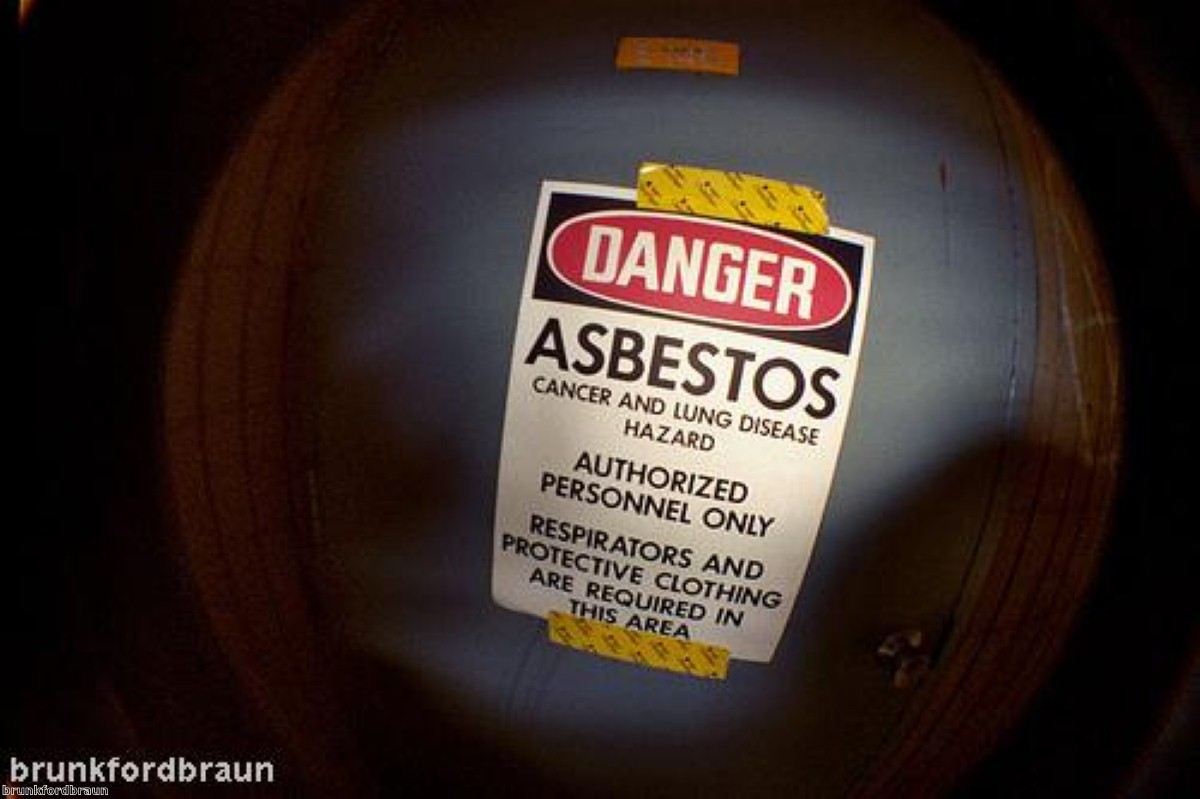 The Ministry of Justice (MoJ) might again try to strip mesothelioma sufferers of compensation, after a minister refused to rule out further legal action.

The story of how the coalition has treated people who inhaled asbestos is already a very dishonourable one, but yesterday's admission suggests there could be more to come.

Mesothelioma is a horrible condition which leaves sufferers with usually about two years to live. That's why the House of Lords exempted them from the Legal Aid, Sentencing and Punishment of Offenders Act (Laspo). That legislation, which forced successful personal injury claims to pay out 25% of their compensation in costs, specifically excluded mesothelioma sufferers until lord chancellor Chris Grayling had conducted a review.

But the MoJ did not conduct a review. Instead it tried to pass off a series of meetings as a consultation, without the people involved in them actually knowing it was a consultation. Then they lifted the exception. It was a cheap, mean little trick, which lawyers claimed in court was done in collusion with the insurance industry.

As the judge said following a successful judicial review:

"Did the lord chancellor carry out a proper review…? I conclude that he did not. No reasonable lord chancellor… would have considered that the exercise… carried out fulfilled that duty."

That should have been enough disgrace to force the MoJ to retreat, but it appears it is still considering pressing ahead with an appeal. Justice minister Shailesh Vara had several opportunities to rule one out during justice questions yesterday, but he refused to do so. Instead he relied on stock answers and little Commons tricks he seems to have picked up from the prime minister. It is a very frustrating exchange.

Vara was asked "what steps his department is taking to ensure that the compensation claims of mesothelioma sufferers are handled fairly?"

"We continue to work with stakeholders to see how we can improve the claims process for these tragic cases."

"Mesothelioma is a horrific industrial disease and its victims deserve much better than the shameful way in which they have been treated by this government, with their botched consultations, prevarications and delays. Will the minister, on behalf of the lord chancellor, confirm that he will not waste any more taxpayers' money in further appealing the recent damning judicial review ruling made against his department?"

Vara's answer is like joining the dots between the empty stock phrases of parliamentary debate. This time he leaves the 'stakeholders' to one side and explains why he 'takes no lectures' instead.

"We will certainly consider the way forward on that, but I will take no lectures from the hon. gentleman with regard to what we have done."

The key phrase there, of course, is 'consider the way forward', which means they are still considering whether to appeal. This is damning. Given the clarity of the ruling and the moral indignity of what the government did, one might wish for them to show a little more contrition. Instead, they are keeping sufferers on tenterhooks while they ponder whether to again try to take away a quarter of their compensation. That's what "consider the way forward" actually means.

"In the high court case on the government's mesothelioma review, Mr Justice Davis ruled: 'No reasonable lord chancellor faced with the duty imposed on him by section 48 of the Act would have considered that the exercise in fact…fulfilled that duty.' Will the minister update the House on the department's response to that ruling?"

Here Vara uses a trick the prime minister is quite fond of, where you attack the MP for not hearing the answer because of their fixation on their question. Except of course there was no answer, but for the cruel euphemism of "consider the way forward".

"The hon. gentleman was obviously concentrating on his question, so he did not hear my response. I said that we will consider the way forward, and we will proceed accordingly."

Another Labour MP, Debbie Abrahams quoted the Asbestos Victims Support Groups Forum UK, who found Grayling's actions were "rooted in a culture of secret deals with insurers and flawed consultations which excluded the victims of asbestos".

"Is it not time that the lord chancellor honoured the promise he made in the Legal Aid, Sentencing and Punishment of Offenders Act 2012 and stopped treating mesothelioma sufferers in this contemptible way?"

"Clearly, the hon. lady did not listen to what I said either. Let me be clear: we are talking about people who are suffering from a very horrific and tragic disease, and this government are committed to ensuring that victims and sufferers have the best possible way of going through the process, particularly in getting compensation."

Again, the question is deflected away.

It appears the victims of asbestos will have to wait a little longer to find out if the government intends to again try to strip them of compensation.