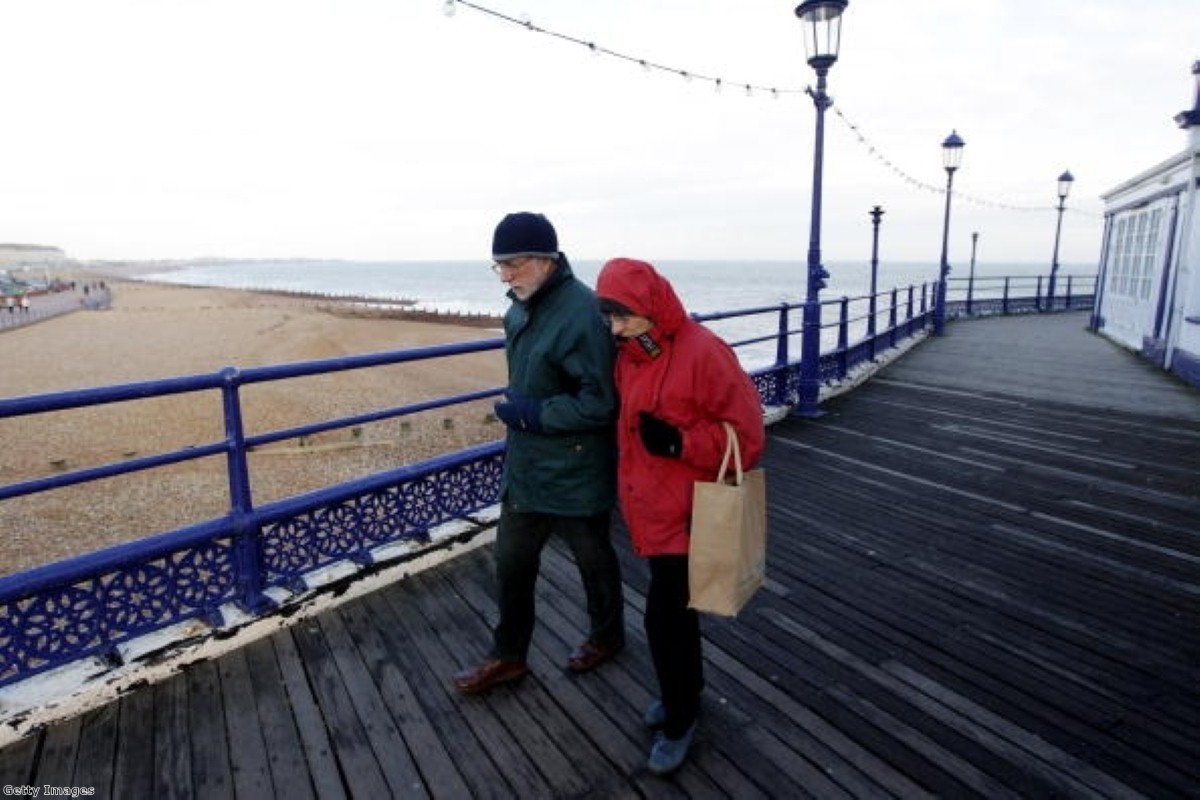 How politics trumped economics: The sorry tale of the coalition’s welfare cap

It was supposed to be the kind of stone that kills two birds. As laid out in this year's Budget, the proposal for a cap on the total cost of the welfare bill was set to both bash benefit claimants (which voters like) and be responsible with the public money (which voters expect).

Instead the chancellor made a decision, revealed in today's autumn statement, which potentially ruins the policy's impact altogether.

"I have had representations that the basic state pension should be included," George Osborne said.

"But that would mean cutting pensions for those who've worked hard all their lives because the costs on, say, housing benefit for young people had got out of control.

"That's not fair – so we won't include the state pension, which is better controlled over a longer period."

What he actually meant was:

"Policy Exchange wrote a report earlier this summer telling me that not including the basic state pension is a terrible idea.

"Doing that would mean losing votes among a key demographic for Conservative voters.

"That's crazy talk – so we won't do it, and make up some excuses about it being better controlled over a longer period."

A look at the green book doesn't talk about fairness, the chancellor's main reason on offer in the Commons chamber, at all.

Instead it suggests increasing the state pension age "to account for rising longevity" is a better way of tackling the problem.

Ultimately, though, it doesn't suggest that the state pension can't be capped overall. Which is what the whole point of the move is about.

The thinking behind the cap is straightforward: welfare spending has somehow managed to get out of control in recent decades, rising from less than five per cent of GDP in the 1950s to around 13.5% of GDP now.

Part of the problem is it included in a bit of the government's finances separate from the departmental budgets, whose spending has been so brutally chopped by the coalition in recent years.

A full half of public spending doesn't even fall within those limits. The rest of it is made up of debt interest payments, tax credits, benefits for working-age claimants and pensioner welfare.

It's the latter which Osborne, for the sake of thousands of votes up and down the country, is determined to protect.

This wouldn't be a problem if state pension costs didn't now constitute £40 billion of extra spending in today's prices.

"While politically challenging, it is a numerical necessity for the broadest range of benefits to be placed inside the cap," former Treasury official Matthew Oakley in this report earlier this year.

"This will mean that, following the next election, disability benefits, pensioner benefits and pensions themselves will need to be considered.

"Without inclusion of these aspects, it could be extremely difficult for major savings to be delivered in order to meet a cap."

The basic state pension looks like it's not being included – and nor are what the Treasury calls "the most cyclical elements of welfare". Does that threaten the viability of Osborne's cap? It looks like it just might.