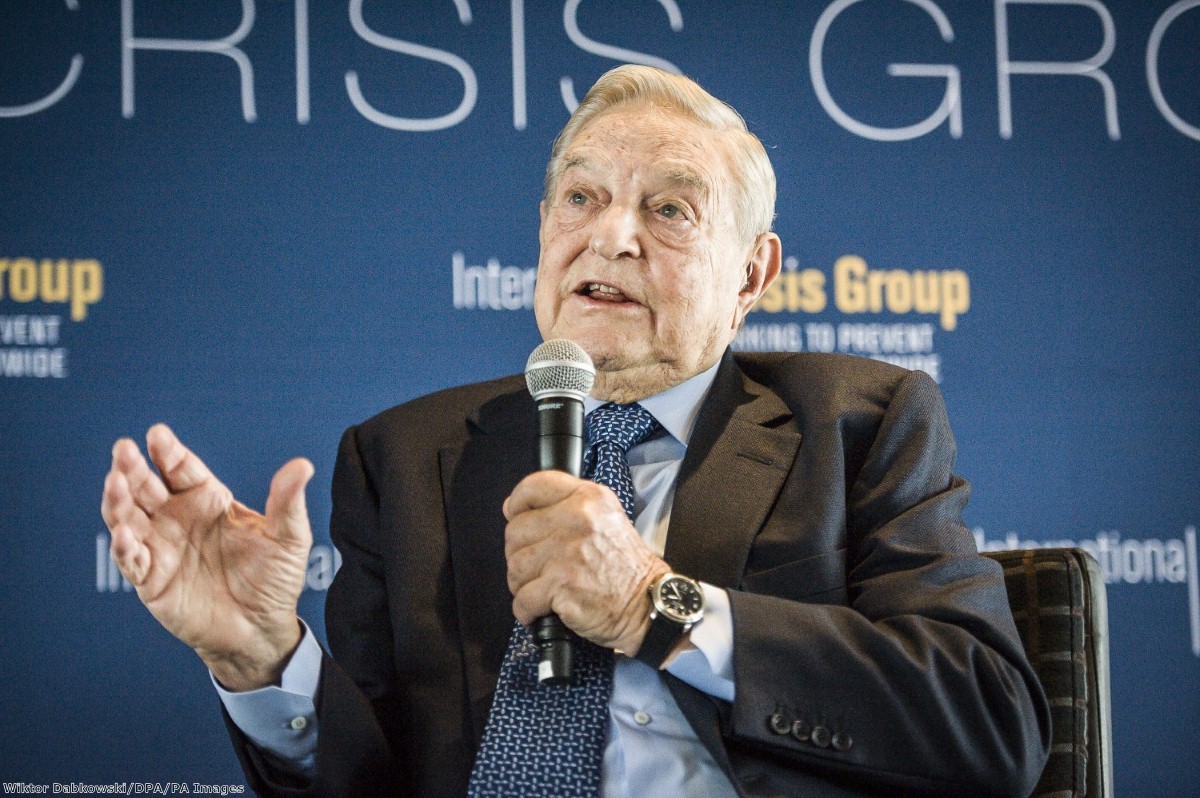 Week in Review: Soros attack is the logical end-point of Brexit paranoia

In one sense, the ferocious focus on George Soros in the British press this week felt alien. The right's obsession with the liberal financier is more common overseas, particularly in the proto-fascist governments of Poland and Hungary and among Trump supporters in the US. It is the preserve of the deranged and the degenerate.

It rarely cuts much ice over here, but that changed this week when the Telegraph broke the most underwhelming scoop of the year. Remain groups, it emerged, want to remain in the EU. They have hatched a secret plot so devious it involves nationwide advertising campaigns and large-scale concerts.

The paper reported – legitimately – that Soros was donating to Best for Britain, one of the anti-Brexit groups. But then it went firmly into the world of not-legitimate-at-all by presenting it as an undercover scheme. It seemed to uncritically repeat propaganda pushed by the Kremlin and authoritarian eastern European governments.

It was genuinely surprising to see a newspaper which used to be held in very high regard even by those who did not share its sympathies stoop so terribly low. But in a sense it wasn't surprising at all. The idea of an international elite secretly trying to thwart the people's will is core to the Brexit narrative.

It was there right at the start, with the Leave campaign's canny emphasis on the establishment credentials of Remain. It was there in Theresa May's attack on the "citizens of nowhere" – akin to the Soviet anti-semitic trope of "rootless cosmopolitans" – and the eagerly adopted binary opposition between the 'anywheres' and the 'somewheres', which strongly suggests a lack of loyalty to the nation state. It was there in the Mail's attack on judges as "enemies of the people" for demanding the kind of parliamentary sovereignty they supposedly campaigned for during the Brexit referendum. It is there is the constant background thrum of accusations about the 'people's will' – as if all the nation voted one way, or all Leavers had identical visions of how they wanted Brexit to proceed.

It's unlikely that any of the people involved in the Telegraph story, or any other paper's coverage, are anti-semites. That's not the point. The point is that they are straying, probably inadvertently, into the world of anti-semitic tropes. When that happens, there should be two responses. The first is to hold the line, firmly, in case things deteriorate further. The second is to ask why this kind of area is being strayed into in the first place.

REMINDER: The @DailyMailUK is little better than @Telegraph when it comes to sinking into the antisemitic gutter to "save Brexit".#r4today @LBC #StopBrexit @IanDunt pic.twitter.com/WQQHV1i4cX

The truth is that those old tropes, which were weaponised by Nazi Germany and the Soviet Union and are borrowed now by eastern European fascists, are just extreme versions of a kind of rhetoric which is already very popular in the Brexit press. It's the rhetoric of a secretive elite, disconnected from the nation state, operating against the will of the people. It's not so much that a new bout of anti-semitism has burst out in British politics. It's that anti-semitic tropes fit so easily into the existing narrative.

We are now in the danger area. Britain has entered a period in which the reality of Brexit becomes clear. This week's release of regional Brexit damage assessments from the government showed just how punishing the effect of a hard Brexit would be on many of the poorer communities which voted Leave. Even before that takes place, Theresa May is now boxed in by a European team enjoying the strategic advantages she herself offered them by triggering Article 50 before she was ready. It is an ugly spectacle to behold, for any Brit who takes pride in their country and its status in the world.

This could all translate into a victory for Remainers and other liberals, who pointed out the ruinous quality of the project ahead of time. Or it could create the material and political conditions for a form of right-wing populism which we have not previously seen in this country. The stakes of Brexit are much higher than just our departure from the European Union.