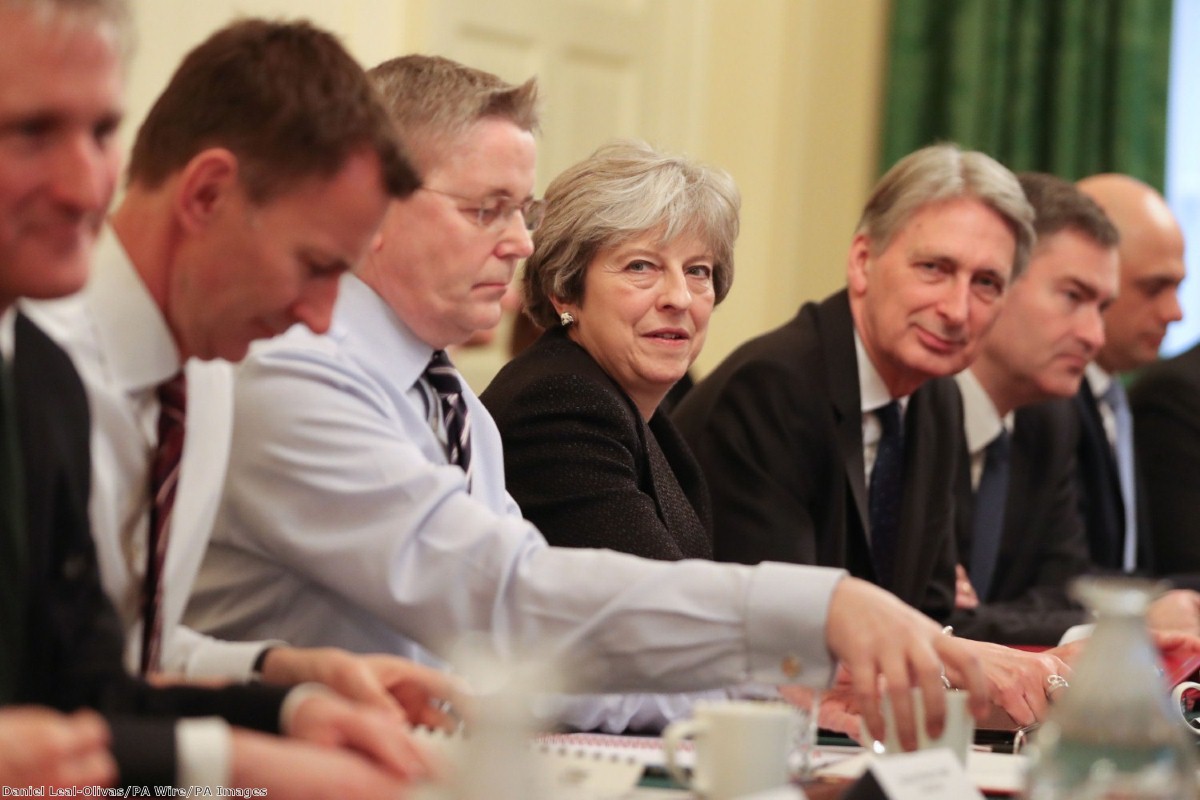 Week in review: A purge of white middle-aged men? If only

"Eight women joined the ranks compared with six men," the front page story read. "Some have been in parliament for only two years and five of them come from minority backgrounds. Ten of the 11 ministers axed during the reshuffle were white men."

Before you have too many sleepless nights over the fate of this persecuted group, it's worth remembering that the overall number of men in government has only dropped from 89 to 82. So rest easy, those pesky ethnic minority women won't be taking over any time soon.

As for those who have lost their jobs, they're likely to bounce back. White middle-aged men don't seem to have much trouble doing that. Take Nick Timothy, a man who is best known for helping the prime minister lose her majority in what most considered an unlosable election. Such was the anger surrounding his role in the disastrous campaign that May was later forced to remove him as her adviser.  But that was not the last we would see of him.  Now, instead of speaking for the prime minister from inside No.10, he does so from the pages of the Telegraph.  The only that changed was his beard.

Then there's Boris Johnson, a man who has blundered his way to the top. For most people, being sacked twice would be enough to end your career. But not for Johnson, whose star just keeps rising. Even his handling of the Nazanin Zaghari-Ratcliffe case, where his comments risked increasing a British citizen's prison sentence in Iran, didn't hinder his career.

And of course there's Toby Young. The columnist eventually stood down from his new role on the board of Office for Students (OfS) but only after days of revelations about comments he'd made about women's breasts, working class students and gay people. Throughout this period he was defended by senior government members like Michael Gove and Jo Johnson. The latter told MPs the government wanted to "encourage Mr Young to develop the best sides of his personality", as if he was a youthful trainee applying for an apprenticeship rather than experienced and influential middle-aged man.

For white men like this, failure, dishonesty and sexism is not enough to stall their careers. The controversy it provokes may cause them to stumble slightly but they are soon back up and running.  Meanwhile, people who could do a much better job but don't have the same connections and protection offered by their status aren't even allowed a look in.

These men can afford to make mistakes, they can get away with upsetting people. In some cases, are seemingly rewarded for doing so. This was no purge. Perhaps it would be better if it was.