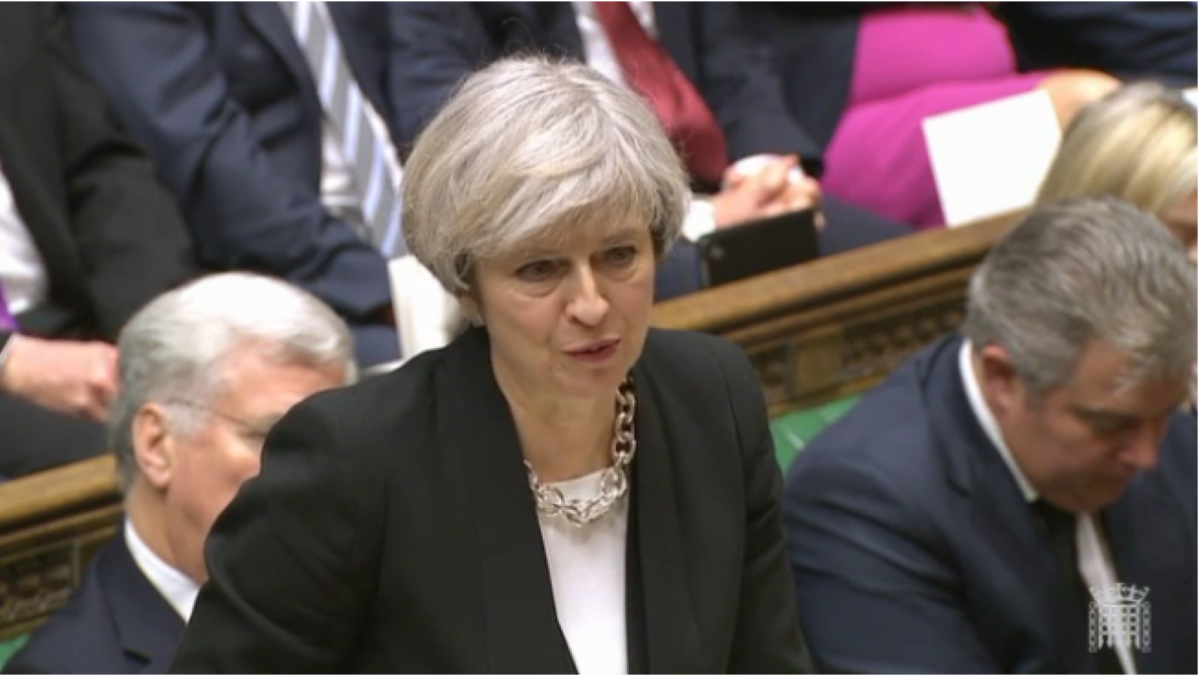 Last Week, Theresa May used a session of EU leaders, dedicated to discussing all matters not related to Brexit to reveal a Brexit proposal during a speech. It contained very little substance and already seems to have crashed at the first hurdle.

It would be funny, but it really is quite tragic. The proposal to grant rights to EU citizens to remain in the UK post-Brexit is desperately serious and urgent business. The Conservatives have been sitting on their hands for enough time on this crucial decision. And with George Osborne recently claiming that Theresa May "blocked" plans to guarantee EU citizens' rights unilaterally last year – something May says she has no recollection of doing – it's no wonder many people view this proposal as 'too little, too late'.

In the face of so much uncertainty, many EU citizens have already chosen to leave the UK. Professionals in many areas have been leaving in droves. None of that can be reversed, which makes the mistakes in this whole process all the more regrettable and the reactions to it wholly justified.

The reception hasn't been much better abroad – despite being welcomed as a "first step" the proposal has been the target of criticism from Jean-Claude Juncker, president of the European Commission, German chancellor Angela Merkel, and a number of European leaders. "Particularly vague" and "there are thousands of questions to ask" are just some of the comments that have been made.

Described as "fair and serious" by May, the proposal would allow EU citizens living here for a minimum of five years to receive "settled status" and have much of the same rights as British citizens. A grace period of two years would be given to any new arrivals between now and the Brexit deadline, March 2019, and to EU citizens already in the UK so that they can "build up" five years' worth of residence and be eligible to attaining those rights.

One sticking point for the proposal, is something that I dare say will interfere with negotiations on most aspects of our membership of the EU: jurisdiction of the Court of Justice of the European Union (CJEU). This is where everything gets complicated, but the most important thing to remember is that Brexiteer Conservatives have a visceral hatred of this court and this hatred has always been one of the main catalysts of the will to pull the UK out of the EU. May's proposal was clear on this one aspect: the CJEU should not have jurisdiction in resolving disputes arising from this proposal if it were to be implemented. This would fall under "international law" with an arbiter other than the European Court. This goes against the EU's own proposal for its citizens rights in the UK. How they're going to square that circle remains to be seen.

The "settled status" promised by the prime minister would give EU citizens the same rights to work, NHS care, pensions and public services British citizens have, for an indefinite period. In exchange, May has asked for the same rights for the 1.2m Brits living elsewhere in the European Union.

The proposal is vague. There is lack of clarity on whether EU citizens will retain their right to vote (in local elections), for instance. Or if the rights they receive individually will extend to children living abroad. Is this "settled status" revokable or untouchable, like non-EU migrants' Indefinite Leave to Remain? What will be the rules for non-EU spouses? Will children born in the UK automatically have the same rights as their parents?

The UK government is due to publish a full proposal today (Monday), which will hopefully have answers. If it's a good proposal overall, the ball will be on the EU’s court. However, it is looking increasingly like May wants the lives of EU citizens in the UK to be the subject of negotiations, which judging by some of the issues brought up so far, could become lengthy, difficult, and even more anxiety-inducing for 3m citizens in this country currently awaiting a decision on their fate.