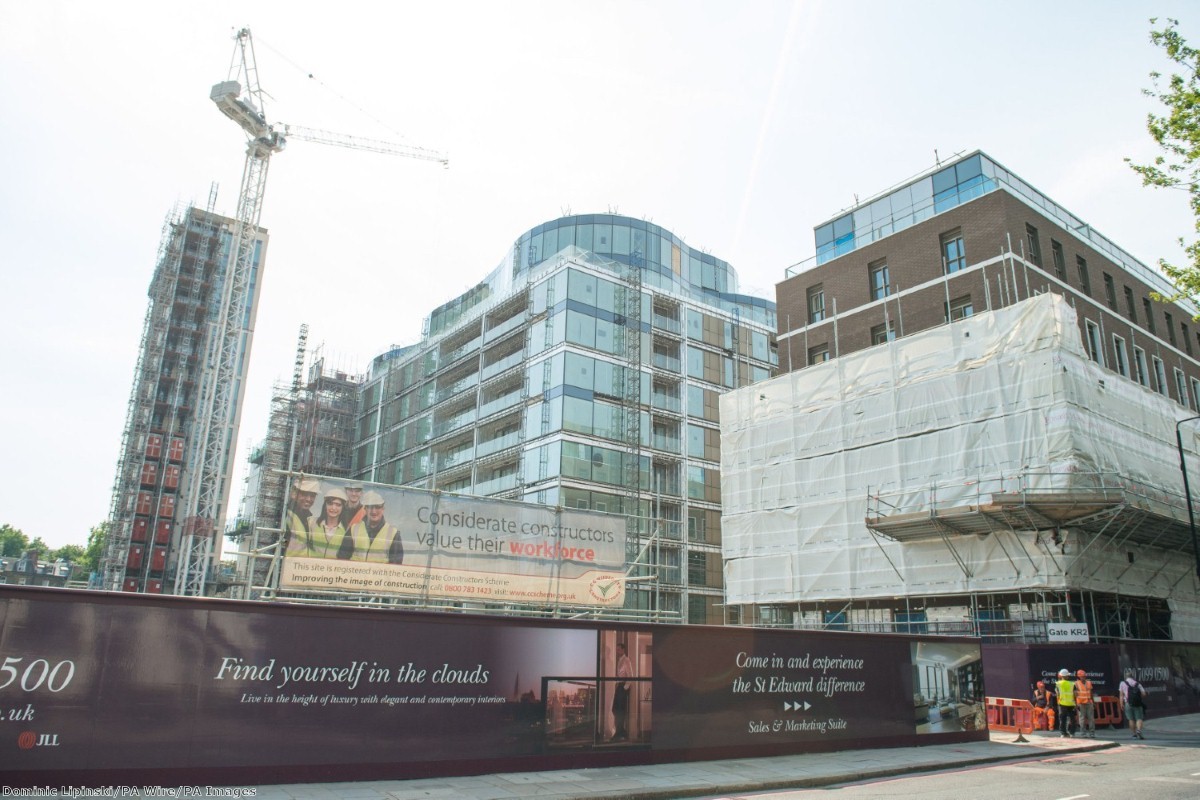 In the days after the Grenfell fire we saw the local community come together to support the survivors. Young and old, rich and poor, black and white. All were united in grief over what happened, all were willing to do what was necessary to help. On the surface, the response showed that class and race don't matter to most people. We are all human first and foremost and when some of us hurt, we all hurt.

But then came the news that some of the survivors would be housed inside a luxury housing development. Suddenly the divisions that we all know exist were on full display. Just look at what some of the current residents had to say about the prospect of living with people from Grenfell:

"It's so unfair. We paid a lot of money to live here and we worked hard for it. Now these people are going to come along and they won't even be paying the service charge," one woman told the Guardian.

"I'm very sad that people have lost their homes but there are a lot of people here who have bought flats and will now see the values drop. It will degrade things," said another.

"North Kensington is not this Kensington. They should be in a place where they are happy but not. I don't want them here," a woman in her 60s told the Independent.

The message is clear: 'We're very sorry for what's happened, but we don't want your sort around here.' It would be easy to think that these are the comments of a few unpleasant individuals, but working class people know that this is how many people view them.

Take the opinion that Grenfell residents living at the development will bring down house prices. Putting aside the fact that somebody could be more concerned about house prices than human suffering, just think about what that statement means. People are willing to pay less for a property where social housing tenants live. Or to put it another way, they are willing to pay a premium to not live near them.

Do they think that poverty is catching? Do they feel uncomfortable at the thought of being reminded of the gross inequality that exists? Do they think that social housing tenants bring with them crime and anti-social behaviour? Only they know the answer but their attitudes highlight just how deep the class divide is in the UK.

I grew up in social housing, so I am all too aware of how some people view the likes of my family. I was chatting to somebody about selling stuff at a car boot sale once when they said: "It's all the chavs that do the buying, that I can't stand." People like my parents then, who used to love rummaging for a bargain every Sunday. A former colleague told me that people who live in council houses are "alright" but that he wished they'd "tidy up their gardens". A parent at my daughter's school described kids from a nearby housing estate as "feral". I could go on and on.

These attitudes are the reason residents of Grenfell Tower were ignored in the first place. The survivors now have to live with the knowledge that their friends, relatives and neighbours may still be alive today if only their concerns about safety at the block had been listened to. And now they will move to those apartments at Kensington Row knowing that some of their new neighbours don't want them there.

Compassion, it seems, has its limits when it's being shown to the working class.