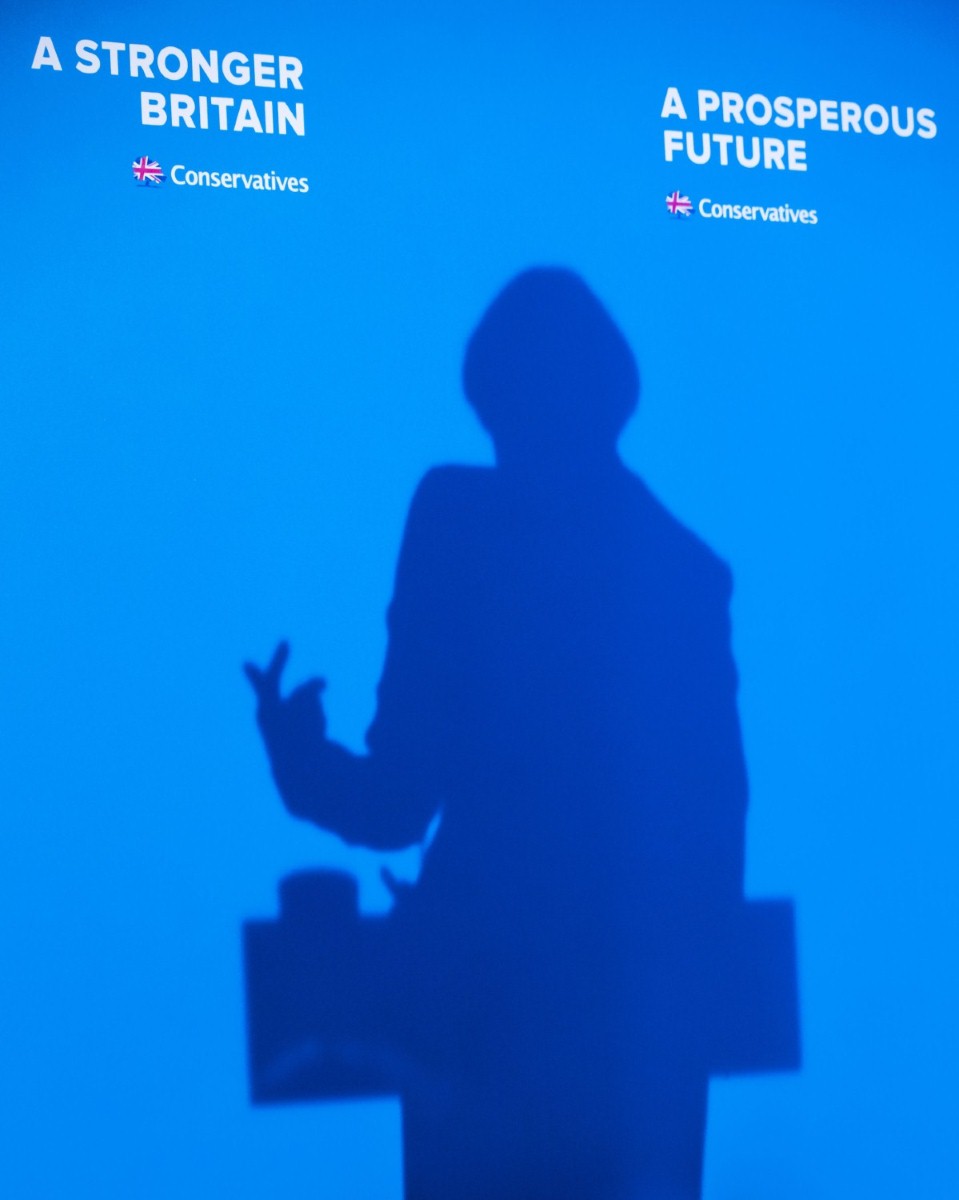 Lend May your vote for Brexit, and she’ll keep it for everything else

Parliamentary democracy is an odd thing.

Every four or five years – or less, as it happens – the public are invited to have their say on who should run the country.

It seems a simple judgement call. It isn't. A whole raft of possible considerations can be factored in to that one decision, normally the only national decision a citizen is allowed every half a decade.

Most people don't read manifestos. Only a few policies 'cut through', as the politicos like to say. But even if policies are the only consideration – and they never are – even that judgement brings in other judgements, prioritising one policy over another, one policy area over another. You don't like Corbyn's policies on policing but you want the extra money for the NHS. You're worried about school cuts but you strongly back Brexit. Now choose.

Theresa May wants Britain to choose her because of Brexit. She implored lifelong Labour voters to "lend" her their vote early on in the campaign, to strengthen her hand in Brexit talks and to keep Corbyn out of Downing Street.

A lot has happened since then, including the party manifestos. Most of the focus on the Tory manifesto has been around the 'dementia tax', but that was a rare moment of relative clarity in a document that was long on waffle but short on content.

We don't really know what May's economics amount to – so far there's been plenty of Blue Labour pro-worker rhetoric with very little substance, while Philip Hammond's death grip on the nation's finances mean we don't know how much of an austerian she is.

But we know she's an authoritarian – worse, an authoritarian who ignores the evidence, betting national security on failed policies such as Prevent and control orders rather than identifying what might actually work.

We know that her manifesto does little to alleviate the crises across our public services. The Tories' (uncosted) NHS spending pledge is woefully inadequate, and relies on full delivery of the cuts and closures contained in local NHS Sustainability and Transformation Plans. Universal free school meals are axed so as to merely halve the planned cuts in schools funding. The benefit freeze will roll on for three more years as inflation rises. The dementia tax is just part of the retrenchment of publicly-funded social care.

We know that she puts her own interests above the country's, riling EU members by accusing them of trying to sabotage Brexit, staying silent as her media allies assault key institutions such as the judiciary, and jumping on the anti-human rights bandwagon two days before a general election.

The latter example is particularly interesting, as the manifesto itself commits to remaining within the European Convention on Human Rights. Tory officials say there has been no U-turn – the prime minister will 'derogate' from the Convention in order to tighten anti-terror laws, even though that didn't work under Labour.

In reality, she is quickly tweaking her stance so that she can claim a mandate for weakening human rights laws, like a late codicil to a draft contract, thrown in after weeks of negotiations and just before it is signed.

May wants a mandate to do what she likes. What does she like? It's hard to say, given how little unequivocal, concrete substance is in the manifesto. There is no commitment not to raise income tax and national insurance – maybe that means a repeat of Hammond's controversial but fairly minor Budget proposals on national insurance, which were dropped because they contravened the 2015 manifesto; or maybe it means income tax hikes across the board. It's probably the former, but Thursday's vote would just as clearly give her a mandate for the latter.

Five more years of NHS underfunding will leave the service in pieces. We know – only thanks to leaks to the Health Service Journal – that all manner of cuts, closures, restrictions on care and weakened performance targets are being considered.

The totality of this isn't just cuts and closures. As with the social care plans, it's retrenchment, the rolling back of what it is the government will fund and provide. The gradual abandonment of certain activities and areas of public provision, while inheritance and profit taxes are cut.

Even on Brexit itself, May is vague to the point of being meaningless. Corbyn is little better here, but at least rules out walking away from talks. For May, walking away is part of her attempt at appeal. She is seeking a mandate for both cutting a deal and walking away, depending on what she prefers. A 'bad' deal is whatever she considers to be bad. She almost certainly wants to reach an agreement – Tory candidate selection this year has largely shut out the most hardcore Brexiters – but again, it's a leap of faith. She is seeking a mandate to 'exercise her judgement', even though her judgement has been proved wrong so often before. It's less a mandate than a blank cheque for a well-spoken dodgy car dealer.

Rarely has a party leader entered an election with such opacity. Having assumed, not unusually, that the public would never abide voting for Corbyn, she struck out for the maximum room for manoeuvre in every area of policy – avoiding specifics in most areas, while including specifics for certain policies (dementia tax, means testing the Winter Fuel Allowance and free school meals) that might get bogged down in parliament without a specific manifesto commitment.

There are a few safeguards – she specifically commits to keeping EU employment law, for example. But mostly this is the work of a woman who isn't sure what she wants but wants the freedom to pursue it anyway. It's a draft mandate for everything and nothing, based on an assumption that the alternative will always look worse.

Outside university campuses and the tribes of social media, few have been enthused by this election – away from the mass rallies for Labour, the public mood seems soporific. Some have always known how they will vote; others will throw all considerations into the pot and see what comes out; and then there are those who have never voted Tory but might do so now, whose votes May is begging to borrow.

But no election is ever on a single issue. Those who lend May their votes for Brexit will find she keeps hold of them for everything else.

Windfall tax does ‘half a job’: Greenpeace calls for proper tax on oil and gas firms to pay for home insulation and heat pumpsGreenpeace UK08:14, 26 May IPSE welcomes Public Accounts Committee’s ‘damning indictment’ of IR35 reformsIndependent Professionals and the Self-Employed13:44, 25 May Real Progress, Real Difference, Real Recyclers - Recycle Week ’22 gets RealWRAP13:41, 25 May Low Incomes Tax Reform Group: Jeopardy of double tax risk for SEISS claimantsLow Incomes Tax Reform Group (LITRG)13:40, 25 May One-off payments targeted at poorer households and worth up to £15 billion are needed to stop rising energy bills putting millions of families into destitution this winterResolution Foundation13:37, 25 May