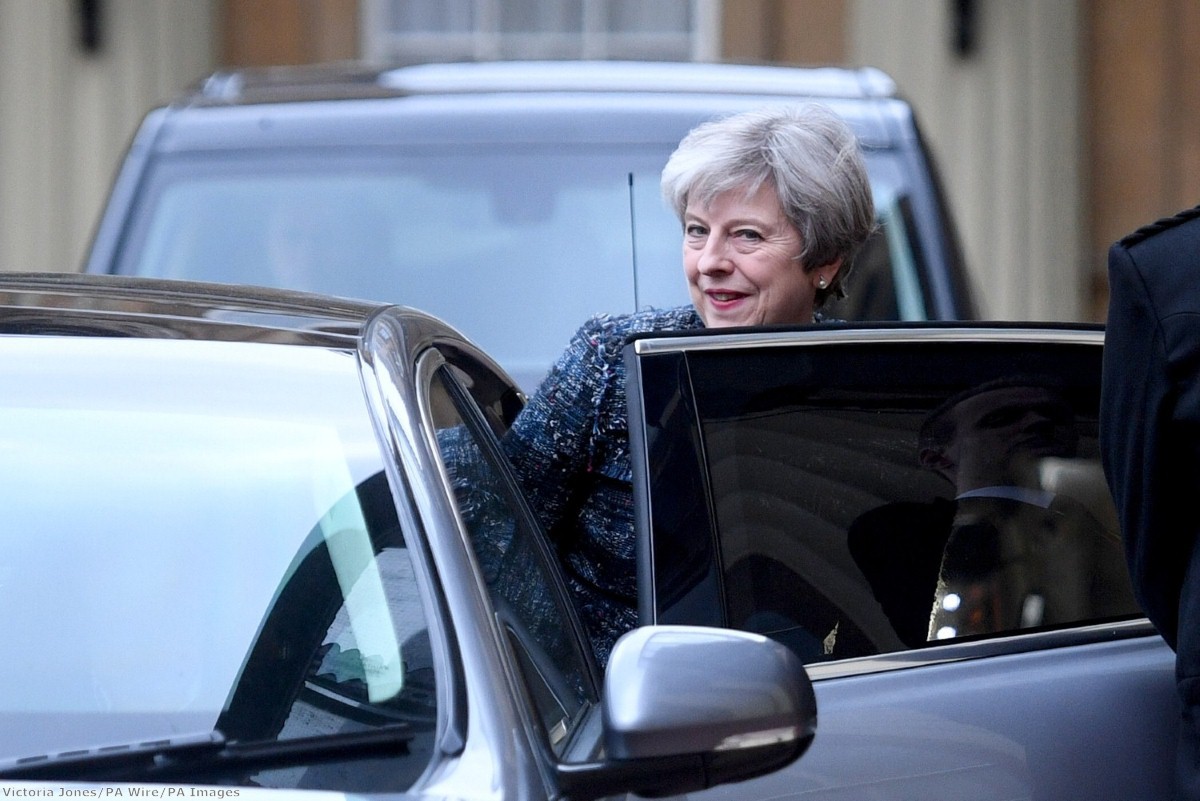 On Wednesday afternoon the prime minister stood on the spot where she announced the general election two weeks previously and launched a paranoid, bitter assault on the EU. Her claims that her government's negotiating position on Brexit was being misrepresented, that the Commission had hardened its own stance and that threats had been issued against Britain were mere buildup to her most extraordinary accusation: "All of these acts have been deliberately timed to affect the result of the general election that will take place on 8 June."

There are a number of problems with this statement. First, its obvious falseness. It would be reckless for Brussels officials to try to influence a member country's election – imagine the scandal if details of their plotting got out. More to the point, if the EU institutions have any interest at all in our election it is for it to result in (yes, sorry) a strong, stable government led by the same people it's been dealing with for the past nine months. Pause just a moment here. Imagine that the EU wants to have to negotiate with Jeremy Corbyn. It's a stretch, right?

These claims can only be counterproductive for the negotiations themselves. Trust is reciprocal: now that May has declared that she believes the EU is plotting against her, it is much harder for her counterparts to take anything she says to them at face value.

May has shown herself to have such a thin skin you'd have thought she got some coaching from Donald Trump during her visit back in January. Openly accusing an ostensible ally of plotting against you is hardly prime ministerial behaviour. From that narrow perspective, the statement makes her look worse.

Why do it, then? The only angle from which this makes sense is the internal politics of the Tory party. She surprised most of her colleagues when she called this election. Her reputation is one of extreme caution. The polls look magnificent for the Tories, but they have created outsized expectations. A big election win is now priced into May's colleagues' perceptions of her. Her authority will be diminished if she fails to get a significantly bigger majority than she has now. If she doesn't, she will be vulnerable both to her hard Brexit wing and any lurking soft Brexiters or closet Remainers. Commentators arguing that her statement was reckless when she's bound to win anyway seem to miss this point. Yes, everyone's central assumption has to be a Tory win with a big majority, but Theresa May is the one who now has to deliver on that. This is an election that she has to absolutely nail. She needs the best Conservative result since 1987.

And despite the state of the polls, that thumping win can't be taken as read. While last night's local election results should bolster Tory confidence that their poll leads convert to the hard currency of votes, there is still plenty of room for things to go wrong. There are several questions that should be occupying Theresa May and are likely to have led to her big announcement this week.

First, have the pollsters overcorrected? All the major polling houses updated their methodology after 2015, with the goal of better modelling who would actually turn out in a future election. Because of the result in 2015, changes to the pollsters' models can only have led to them reporting higher Tory numbers, even if the underlying reality is unchanged. But the new models haven't been tested against a real election yet. While it's unlikely that there have been no real shifts at all since 2015, those double-digit Tory leads could be offering false hope.

Second, will the CPS charge over 30 Conservatives including MPs and senior officials with offences relating to the 2015 campaign? Any charges would have to land before the election. May could lose control of the narrative right at the time when the country’s full attention will be on the campaign and undecided voters are finally breaking one way or the other. It happened to Hillary Clinton; it could happen here.

Third, how much will the Lib Dems bounce back? They went from 57 seats to eight at the last election, with 27 of the losses to the Tories. The Lib Dems are up a couple of points over 2015 in the polling averages, but historically they outperform national polls by focusing hard on local campaigns. It would be astonishing for the Tories to hold on to all of their 2015 Lib Dem gains, making their task in Labour marginals that much harder.

Fourth, what if Labour's plan works? The past few weeks have seen the party start to do something on policy: universal free school meals for primary pupils, a rise in the minimum wage to £10 and support for small businesses plagued by late payments from bigger clients all went down well. Corbyn is back to campaigning, clearly a far happier habitat for him than management. He is finally guaranteed press coverage of what he wants to do in power, rather than internal dramas. Voters could warm to his style.

He could have a brilliant policy up his sleeve. Labour polled 30.4% in 2015. You might have seen some big headlines about Labour vote shares of 24 and 25. But the current average at Britain Elects has Labour on 27.6 and at Polling Observatory they're on 27.8. He only has to do as well as Ed Miliband to put May in an uncomfortable position.

None of this is a serious case for the Tories actually losing the election. But for Theresa May, defeat isn’t just not losing: it's ending up as a David Cameron mark II, beholden to the many people in her party willing to cause her trouble. Her latest intervention gave her another news cycle dominated by Brexit, splashes across the press of her looking tough, more adulation from the Daily Mail, other parties gasping for oxygen. Control of the narrative. Ultimately, she hopes, control of her party.

There will be plenty of time to sit down and make friends with the EU after the election – and if she has another 100 MPs at her back, the frosty reception she gets will seem well worth it.