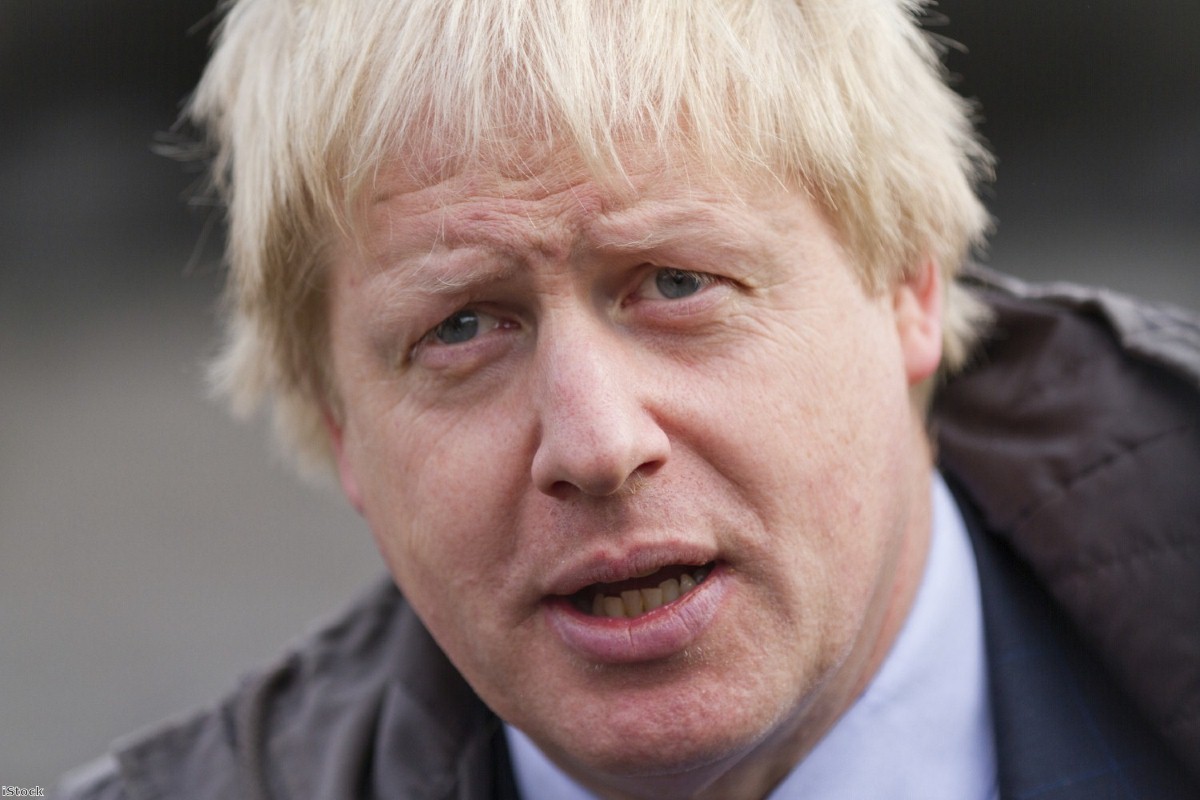 Boris Johnson first came to notice in Brussels when he was installed there by the Daily Telegraph as its stringer in early 1989.

Most journalists played the Brussels story straight: there was occasional cynicism and parodying but the EU's biggest project, the single market launched in 1986, was under way and it had something for everyone. It replaced the failed harmonisation strategy with a new approach to arrive at the free movement of people, goods, services and money – a level playing field allowing flexibility in achievement.

It was an eventful time in EU politics: the previous autumn Margaret Thatcher had electrified Europe with her Bruges speech, in which she attacked the aspirations of then Commission president Jacques Delors – 'we haven't rolled back the frontiers of the state only to have them reimposed from Brussels'. And across the ex-Soviet Bloc the stirrings of freedom were leading to the cataclysmic but benign fall of the Berlin Wall in November 1989, 'we want to come back to Europe’ was the dissenters' refrain.

Johnson returned this week as foreign secretary to a meeting of EU ministers discussing terrorism, Putin's adventurism in the Baltics and Ukraine, the Turkish coup, Syria and Libya. To highlight the seriousness of the agenda, they were joined for the first time by US secretary of state John Kerry. This combination underlines the catastrophic outcome of the referendum Johnson played so large a part in winning: the withdrawal of British involvement from Europe's foreign policy at a time which I fear may soon be defined as 'rising tension'.

An American journalist at his press conference with Kerry in London yesterday decried Johnson's "unusually long history of wild exaggerations and, frankly, downright lies" while the IMF downgraded the world economy after the Brexit vote.

As a journalist, Johnson saw himself as an iconoclast with a particular 'ear' for his readership who in Brussels enjoyed the support of his swashbuckling editor Max Hastings. Hastings had himself come to national attention and admiration as the first journalist into Port Stanley in June 1982. Although Hastings scorns him now, not least for his liking of the EU's ambitions to Hitler, Johnson created a new palette for the colour pieces he wrote.

Martin Fletcher, a serious Times journalist who followed Johnson to Brussels, crystallised the effect in a recent article for the New Statesman:

"Johnson did not invent Euroscepticism but he took it to new levels. A brilliant caricaturist, he made his name by mocking, lampooning and ridiculing the EU. He wrote stories headlined 'Brussels recruits sniffers to ensure that Euro-manure smells the same', 'Threat to British pink sausages' and 'Snails are fish, says EU'. He wrote about plans to standardise condom sizes and ban prawn cocktail flavour crisps. He set up Jacques Delors, who was then the European Commission president, as a bogeyman and claimed credit for persuading Denmark to reject the Maastricht Treaty in 1992 with a Sunday Telegraph splash – 'Delors plan to rule Europe' – that was seized on by the Nej campaign.

"To Johnson, it was all a bit of a jape. “[I] was sort of chucking these rocks over the garden wall and I listened to this amazing crash from the greenhouse next door over in England as everything I wrote from Brussels was having this amazing, explosive effect on the Tory party – and it really gave me this, I suppose, rather weird sense of power,” he told the BBC years later."

Like other Conservative MEPs, I bumped into Boris from time to time but we pro-Europeans were not grist to his mill. One encounter with him was telling for me. As the European Parliament's spokesman (rapporteur) on tourism – the biggest industry in my Yorkshire & Humber constituency – I had secured 1990 as 'European Year of Tourism' with a budget of about €8 million to showcase and streamline tourism for the single market.

When I discovered that a Greek official in the European Commission's tourism unit was taking kickbacks, I made strenuous efforts to mount an investigation. Finding closed doors (later the issue blew up in the Commission's face when the tourism scandal precipitated the resignation of the commissioners en masse in 1999, in which I played a leading role), I drew attention to the issue by resigning my tourism spokesmanship.

This was reported by Boris Johnson in the Daily Telegraph in the following way: "Yorkshire & Humber Conservative MEP Edward McMillan-Scott has resigned his position as tourism spokesman for the European Parliament following allegations of corruption within the European Year of Tourism, which he sponsored."

Soon my telephone was ringing with alarmed constituents, starting with my blunt agent, who asked how deep my hand had been in the till. I telephoned Johnson, demanding a correction or at least a Letter to the Editor. He called back: "Dear boy, they didn't print the second paragraph which explained everything. But as my piece was only in the country edition and the Letters page is in all editions, it’s best to leave it alone." I did, and have regretted it ever since, as I am sure have countless other victims of Boris' casual disregard for truth or values.

In my many years on the Conservative parliamentary candidates committee, we looked for an indefinable characteristic: calibre. Johnson does not have calibre, like so many others in the Leave camp, as their recent behaviour has shown. I hope that, despite the June 23 vote, and at a time when it has never been as necessary, Britain remains fully engaged in continental affairs as the EU's most stable democracy, military power and deploying the world's best diplomatic service. Johnson is not the man for the job.