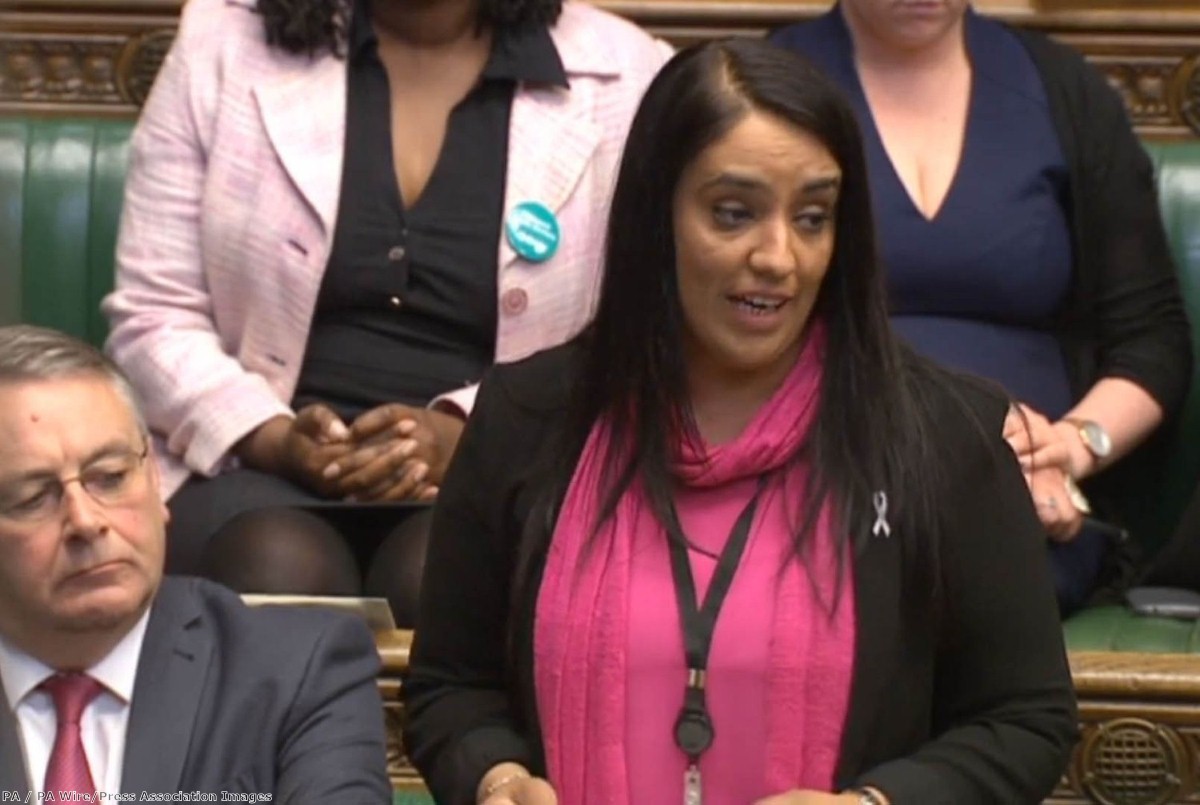 In many ways Naz Shah is exactly the kind of Muslim MP the British left needs: a working class feminist who is rooted in her community and was able to put the likes of George Galloway to the sword in Bradford. So before we get the pitchforks out, let’s consider that Shah is only a small symptom of the disease which we can safely diagnose as 'antisemitic anti-Zionism'. Over recent years this disease has been incubated in the two places that formed Naz Shah politically: the Muslim community and the left milieu associated with Stop the War and the Palestine Solidarity Campaign.

This week we saw that disease manifested in all its ugliness. Shah, we found out, used to think Israelis should be relocated en masse to America, compared Israelis to Hitler, issued a public warning that 'the Jews are rallying' (to take part in an opinion poll) and tweeted a link to an article which compared Zionism to al-Qaeda, and fretted that the Zionists are "grooming" Jews to "exert political influence at the highest levels of public office."

Shah initially released a statement saying: "This post from two years ago was made before I was an MP, does not reflect my views and I apologise for any offence it has caused." But everyone knows that an apology 'for offence caused' is not a real apology. By late afternoon she had resigned from her role as aide to the Shadow Chancellor John McDonnell and was facing calls to step down from her position on the Home Affairs Select Committee inquiry into – of all things – antisemitism.

Later she apologised again, this time much more fully, in the Jewish News. She also looked genuinely contrite when she addressed the House of Commons. Lisa Nandy MP from the soft left of the party called for Shah to be suspended pending an investigation, and that has now happened. However, others would like her to be drummed out of the Labour Party altogether.

I am truly sorry and I will be putting out a more detailed explanation later. pic.twitter.com/x74FDKNCJE

But before we make her a scapegoat we need to ask some bigger questions.

The real question we should be asking is whether her comments are really any worse than Jeremy Corbyn’s full-throated defence of Raed Saleh? In 2012 Corbyn said of Saleh: "I look forward to giving you tea on the terrace because you deserve it!", "Salah’s is a voice that must be heard" and "Salah represents his people extremely well". Yet years before Corbyn's endorsement, Saleh suggested that: "A suitable way was found to warn the 4,000 Jews who work every day at the Twin Towers to be absent from their work on September 11, 2001". In 2014 he was found guilty of racial incitement for spreading the blood libel.

And while Shah merely tweeted that Hamas were a legitimate resistance movement, Corbyn said they were "dedicated towards the good of the Palestinian people, and bringing about long term peace and social justice and political justice in the whole region."

Is what Shah wrote on Twitter and Facebook really worse than comments by Malia Bouattia, the newly elected president of the National Union of Students? She called the University of Birmingham a 'Zionist outpost' with 'the largest JSoc in the country'. She spread a conspiracy theory that the government’s anti-extremist Prevent strategy is a plot by 'all manner of Zionist and neo-con lobbies’, prompting alarmed Jewish students to complain of her ‘virulent strain of anti-Zionism.' This morning Ken Livingstone was at it too, linking Zionism with Hitler and defending Shah's comments.

Because the truth is that something much bigger is at stake here than one MP and her Tweets.

In the years prior to the 2014 Gaza conflict, far left-wing and Islamist traditions came together and cross-fertilized each other in the context of the failure of the Israeli-Palestinian peace process, the Second Intifada, the Durban conference, the 9/11 attacks, and widespread and fierce public protests against the wars in Afghanistan and Iraq. The two traditions coalesced within the Stop the War movement (in which the Socialist Workers Party, Counterfire and the Communist Party provided the core leadership), George Galloway’s Respect coalition (an alliance between the Muslim Brotherhood-linked Muslim Association of Britain and the Trotskyist Socialist Workers Party), and the Palestine Solidarity Campaign, with its deep roots in UK trade unions, churches and NGOs.

This ugly far left movement is no longer a fringe, as the rise of Stop the War Chair Corbyn to the leadership of the Labour Party demonstrated.

So far Jeremy Corbyn, has only issued a curt statement about Shah. He did not refer to what she actually said and proposed no real action to tackle the wider problem of antisemitism within Labour. And the reason he has been unable to get a grip on the problem is because he is a part of it and, unlike Naz Shah, he has been for decades.

Professor Alan Johnson is Editor of Fathom journal and Senior Research Fellow at BICOM. BICOM is an independent British research centre producing analysis, insight and commentary to promote a greater understanding of Israel and the Middle East in the UK.