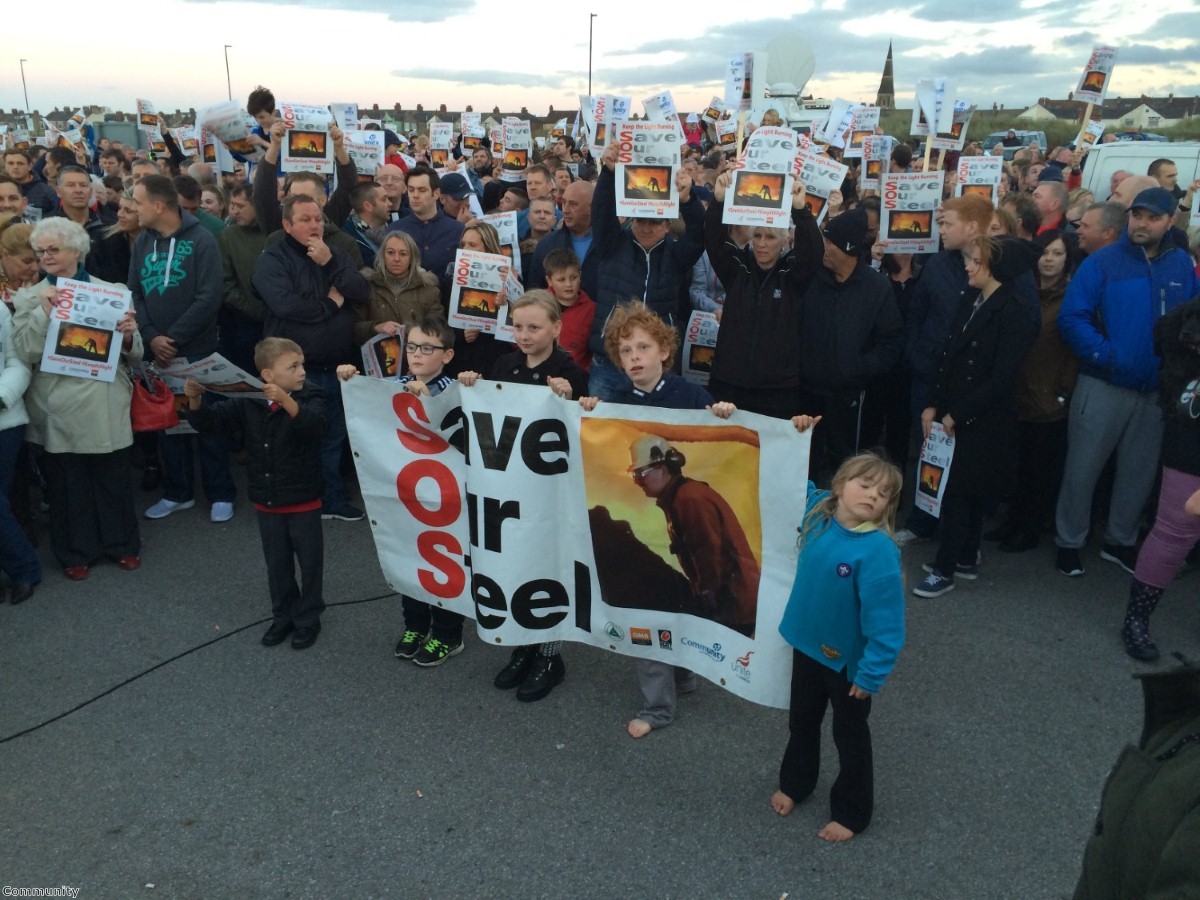 British steel workers were abandoned by the government

Ministers ignored warnings about the steel industry and did too little to save thousands of jobs, a committee of MPs has said.

A report by the Business, Innovation and Skills committee found the government did not have the correct systems in place to identify and act on growing problems within the industry and failed to push the EU for action.

"For too long the government failed to be alert to the alarms raised by the industry and act at home to maintain a steel industry in the UK when other European countries were acting to safeguard their own strategic steel industries," Iain Wright, Chair of the BIS Committee said.

"Industry isn’t looking for a hand-out, it’s looking for a level-playing field: for too long there was little action from the government, with some asks from the industry taking years, if at all, to deliver."

Those hit by the crisis say the government failed to live up to their promises.

Anna Mavern's husband, Paul, worked at the Redcar Plant. She told Politics.co.uk her family were let down by ministers.

"The speed at which the closure occurred was a shock. The promise of financial aid, from the government didn't materialise quickly enough and the training was a shambles," she said.

"Paul is on his way to enrol for a course this morning and this is the first funding he has received by the government three months on from his redundancy."

The crisis which has been blamed largely on falling prices, heavily reduced demand and the dumping of steel – where a country exports a product for either less than the price of it in the domestic country or less than the cost of making it – came to a head when 1,700 jobs were lost in Redcar earlier this year.

"They were more focused on bunging a bit of money at us to to pick up the pieces, rather than doing the hard graft to save the site and this vital Teesside industry," Labour MP for Redcar, Anna Turley said today.

The report also calls on the government to provide greater support for the remaining steel industry.

"Ministers must understand that the UK steel industry now expects the support it has long called for," Roy Rickhuss, general secretary of the steel workers union, Community, said.

"There are more challenges ahead but as the union for steelworkers we are committed to working with government and the industry to both secure short-term action and develop the long-term strategy that ensures we create a sustainable future for the UK steel industry."

@CommunityUnion General Secretary 'this report is a damning indictment of the government’s record on the steel' https://t.co/SXQjkmkQg4

A spokesperson for the Department of Business said the government had already taken significant steps to help the industry.

"Whilst the Government is doing all it can to help the industry, the government cannot dictate the commercial decisions, operations or financial performance of private companies."

They added that SSI UK, who owned the Redcar plant, had lost over £600million in just three years and that the price of the steel it produced had halved in the past year alone.

"If the BIS Select Committee had a magic bullet that could have saved the plant against these conditions, they certainly kept it to themselves."