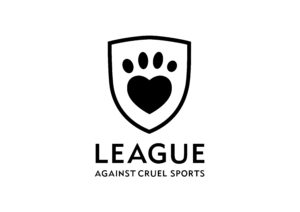 The vegan energy company Ecotricity has obtained shocking footage showing fox hunts irresponsibly storing dead animals in uncovered outdoor skips which are then sold on to fuel the gas furnaces of other energy companies in the UK.

An ITV expose has revealed how fox hunts are creating a danger to public health by keeping their own dead hounds and ‘fallen livestock’ from farmers in conditions that breach basic biosecurity measures.

Chris Luffingham, director of external affairs at the League Against Cruel Sports, said: “This shocking and dangerous footage is yet another glimpse into the dark underbelly of hunting.

“There must be a huge risk of spreading disease across the countryside and damaging rural communities.

“Underneath their cloak or smokescreen of respectability, the hunts risk flagrantly undermining rural life by their utter disrespect for public health and contempt for the animals in their care.”

The dead animals include cows, sheep, hounds, partridges, ponies and foxes. Other animals including magpies, chickens, dogs and crows were all filmed feeding from or trying to eat the dangerous waste.

This represents a breach of the regulations and presents a very serious health risk with little regard for biosecurity and public health.

The term biosecurity gained prominence during the 2001 foot and mouth disease epidemic and is now both a cornerstone of disease control and a legal requirement.

The way in these dead animals are stored risks spreading diseases such as BSE or Mad Cow Disease.

Chris Luffingham added: “Enough is enough. The fox hunts have been caught showing a shameful disregard for basic biosecurity measures and threaten the very same rural communities they claim to represent.

“The footage shows the hunts in their true light – cruel, callous and completely lacking in respect to animals.

“This is yet another example that hunts present a danger to the countryside and cannot be trusted. And yet some of the UK’s landowners have still not banned hunts from their land. How much more will it take?”