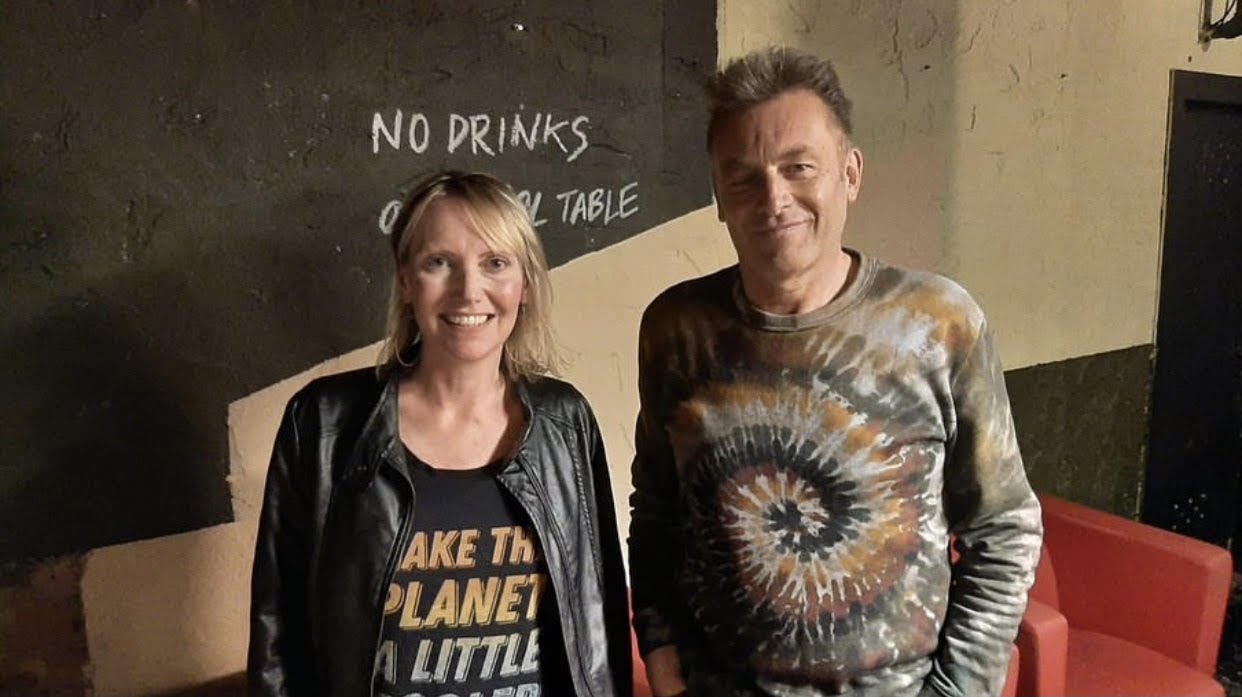 Chris Packham used his time on stage at The Vegan Society’s #COP26 fringe event to slam the treatment of planet Earth as ‘bloody embarrassing’ before highlighting the importance of vegan diets.

The wildlife TV presenter and conservationist headlined the event at Glasgow’s Flying Duck venue which also included live performances from Liz Lawrence and Pleasure Pool. The aim of the event, in partnership with bluedot, was to raise awareness of the Society’s Plate Up for the Planet campaign.

The 26th UN Climate Change Conference of the Parties (COP26), an annual meeting of global leaders to discuss how to tackle climate change, came to an end last Friday.

While several nations have pledged to end deforestation, curb methane emissions, and stop public investment in coal power, world leaders failed to cover topics relating to veganism or a plant-based food system, and failed to acknowledge the harm to the environment caused by animal agriculture.

Addressing the sold-out crowd, a fiery Chris said “We’re just about to trash the earth, and it’s the only planet like it in our universe. How bloody embarrassing! In some ways it’ll be good if COP26 fails. Because that will motivate us to be more angry and act more.”

He was also met by cheers when highlighting the importance of fringe events, stating: “There’s a lot more energy and ability at fringe events than at the main event where they’ve built themselves in to ides of rigidity. If they don’t achieve anything in there, we will achieve things out here. We will hold them to account.”

Chris went on to emphasise the desperate need for plant-based diets to be in the spotlight – a message that The Vegan Society was working to promote throughout COP26 with both public engagement activities, like a stand in Glasgow’s Buchanan Galleries, and panel events and discussions with policy leaders.

On our current food system, Chris commented: “We pay less for our food than any other country in terms of percentage of income. People can’t afford to eat properly, and we eat the wrong food. The labelling is so poor that we cannot make an informed choice. Red tractor labelling is entirely bogus. We can’t see how much our food has cost the environment.”

“Being vegan isn’t a one stop shop to ethical eating. It’s a very significant step in the right direction but we still have work to do.”

You can watch Chris Packham’s #COP26 Plate Up! talk in full, including details of his childhood growing up in nature and love of punk music, by heading to YouTube and/or Facebook. Want to find out more about The Vegan Society’s work at COP26? Read more at COP26 Hub | The Vegan Society.