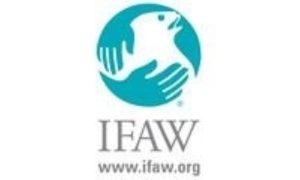 US President Barack Obama has announced diplomatic measures to be taken by the United States against Iceland in condemnation of its whaling activities.

The International Fund for Animal Welfare (IFAW) welcomed the move and urged the US and other governments to maintain their strong stance against Icelandic whaling. As the end of the country’s whaling season approaches, no endangered fin whales have been killed this year following earlier US diplomatic moves on the issue.

Patrick Ramage, Director of IFAW’s Global Whale Programme, said: “We are encouraged. Engaged US leadership is fundamental to international whale conservation efforts. Today’s moves clearly signal President Obama isn’t prepared to ignore Icelandic efforts to resuscitate whaling and the whale meat trade. That’s good news for whales and the overwhelming majority of Americans across the political spectrum who want to see them protected.”

In July, US Secretary of Commerce Gary Locke invoked the Pelly Amendment and certified Iceland for its continued slaughter of both fin and minke whales, stating that Iceland’s disregard for the global ban on commercial whaling was ‘unacceptable’. He recommended a suite of six diplomatic measures including linking US cooperation on Arctic projects to Iceland’s whaling policy and ensuring US delegations and senior Administration officials raise US concerns, evaluating the appropriateness of visits to Iceland and monitoring the activities. The President today approved all six measures.

“Hopefully these moves will encourage the Icelandic government to finally recognise what their own tourism industry has already figured out. Whale watching is the most profitable ‘use’ of whales in the 21st Century. Animals, people and coastal economies worldwide all do better when whales are seen and not hurt,” added Ramage.

Kristjan Loftsson, the lone Icelandic whaler responsible for killing 280 endangered fin whales in the past five years, announced in May this year that he was laying off 30 staff and postponing the start of fin whaling until July at the earliest, citing difficulties in trading the meat with Japan following the tsunami tragedy.

Minke whaling has taken place in Iceland this season, but on a reduced level compared to previous years. This year Iceland has slaughtered 51 minke whales from a self-allocated catch limit of 216. Last year, more than 200 whales were slaughtered, including 148 fin whales.

IFAW opposes whaling because it is inherently cruel; there is no humane way to kill a whale. This summer IFAW launched its ‘Meet Us Don’t Eat Us’ campaign in Iceland, encouraging tourists visiting the country to support responsible whale watching but to avoid sampling whale meat. For more information visit www.ifaw.org

For more information or to arrange interviews please contact Patrick Ramage at IFAW on +1 508 776 0027 or email pramage@ifaw.org

About IFAW (International Fund for Animal Welfare)
Founded in 1969, IFAW saves animals in crisis around the world. With projects in more than 40 countries, IFAW rescues individual animals, works to prevent cruelty to animals and advocates for the protection of wildlife and habitats. For more information, visit www.ifaw.org. Follow us on Facebook and Twitter.