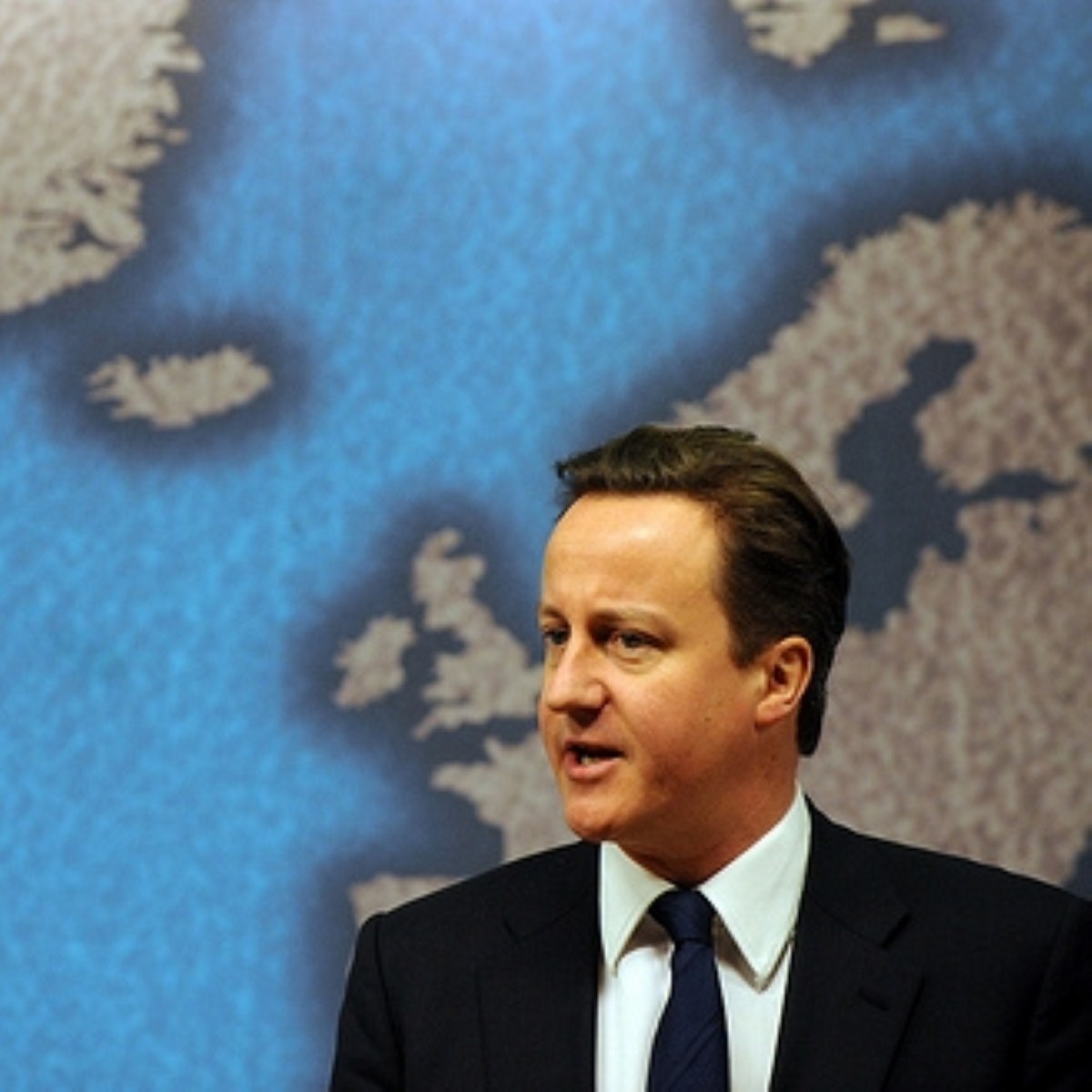 David Cameron managed to drum up even more hype for his EU speech this morning, with a strange interview in which he said it was finished but refused to divulge any details of its contents.

The long-awaited speech, which has been promoted by the government for months, is expected to rule out an in-or-out referendum but pledge to negotiate a new "settlement" with Europe and then put it to a referendum.

"This is not just about Britain's relationship with Europe, this is also about the whole way Europe needs to change," Cameron told the Today programme.

"The idea that everyone in Europe has to do everything at the same speed, in the same way, is wrong.

"Europe is changing and the opportunities for us to lead those change are absolutely there," he added.

"I think the British public feel increasingly fed up that they’ve been left out of this debate."

Cameron was reported to have said that the prospect of leaving the EU altogether was "mad" over the weekend but he refused to confirm if he had said it during the interview today.

"An in-out referendum tomorrow – I don't think that would be the answer for the reason we'd be giving people a false choice," he said.

"I believe Britain does have a European future."

The interview is likely to disappoint Tory backbenchers with its distinctly moderate tone.

It will also further confuse pundits, who warn Cameron is dangerously close to over-hyping a speech which can only fail to live up to expectations after so much promotion.

That impression was cemented by the fact Cameron said the speech was "ready to go" but that he could not discuss its contents.

"On Europe he's not in control of the agenda or even his party. The gap between his back benchers and our EU partners remains un-bridgeable."

If Cameron secures a majority in 2015, voters would probably vote in an EU referendum around 2018.

But even that series of events would depend on European negotiations, which could be fraught with difficulty.

Germany has been issuing increasingly frosty statements about the UK for seeking to discuss the returns of powers during the eurozone crisis.

George Osborne's recent comments that Britain would leave the EU if it did not change were badly received on the continent.