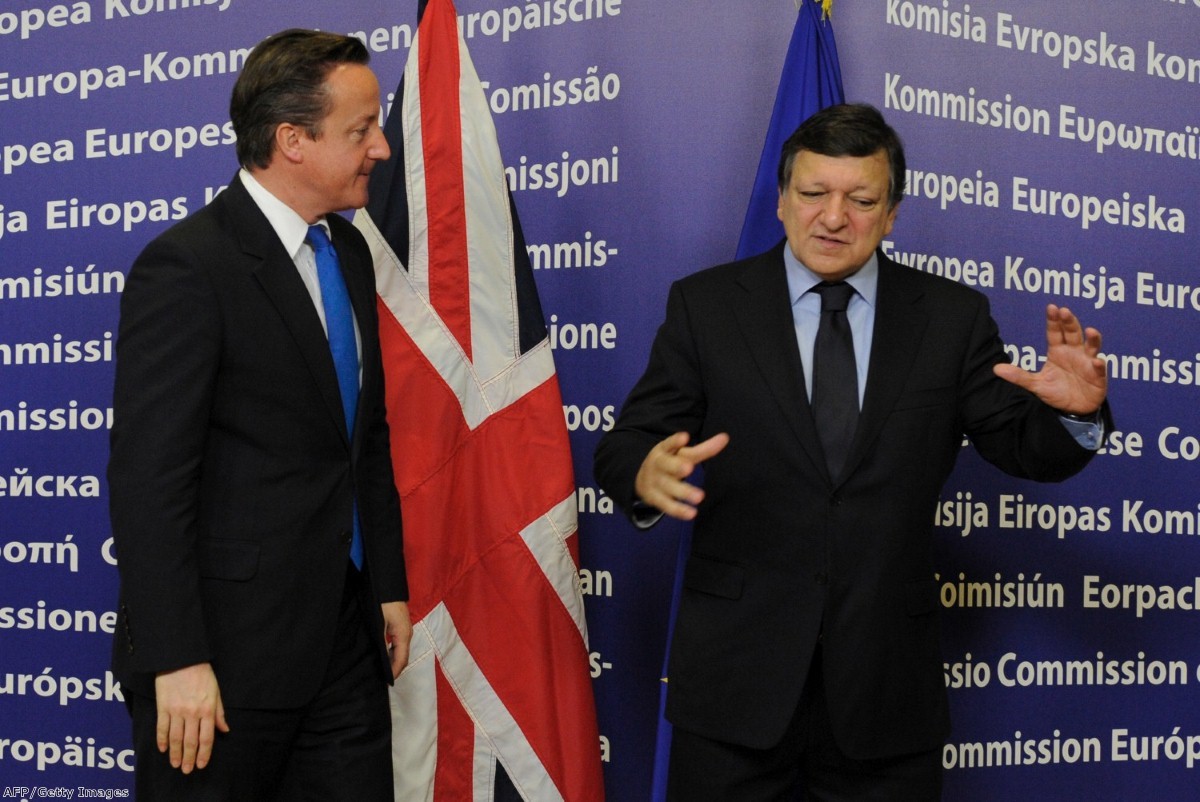 End of the veto honeymoon? Cameron on backfoot over euro policy

David Cameron struggled to explain precisely what his veto of European fiscal plans had achieved during a gruelling interview this morning.

In his first major media appearance of 2012, the prime minister was repeatedly asked what his veto at the tail end of last year accomplished, but seemed unable to offer clear answers.

"I'm not making a great claim to have achieved a safeguard," he conceded.
As the gruelling interview continued, Mr Cameron angrily asked Today programme presenter Evan Davies: "Have you finished?"

Mr Cameron was forced to admit that there was little he could do to stop members of the fiscal union – likely to be all EU members minus the UK – from using EU institutions.

The battle over use of the institutions is a pivotal one for the coalition. If the buildings and resources of the EU are used it would make it almost impossible to decipher between EU and fiscal-union events and further freeze out Britain from decision-making.

Mr Cameron said the legal position was "unclear" but noted that European courts tended to rule in favour of "more Europe".

Conservative commentators suggested that Mr Cameron would also face pressure to get out the way of the new fiscal union from his Liberal Democrat partners, who are increasingly alarmed at the resolutely eurosceptic approach adopted by Conservative ministers.

"David Cameron has today admitted that he secured no safeguards for the UK when he walked away from talks at last month's EU summit," shadow foreign secretary Douglas Alexander commented.

"Giving up on negotiations has compromised British interests not safeguarded them and means the UK will struggle to have a voice in talks that could have a profound effect on jobs and growth in Britain."

Mr Cameron won a substantial poll boost and the support of his backbenchers after his veto in Brussels last year.

But some commentators warn that the decision may make Tory backbenchers even harder to corral in the future, as they sense that a historic detachment from Europe may be on the cards.

The new Conservative intake of 2010 is surprisingly rebellious and decidedly eurosceptic, with 81 of them rejecting a three line whip on an EU debate last year.

Mr Cameron will struggle to keep them on side while not alienating his Lib Dem coalition allies.