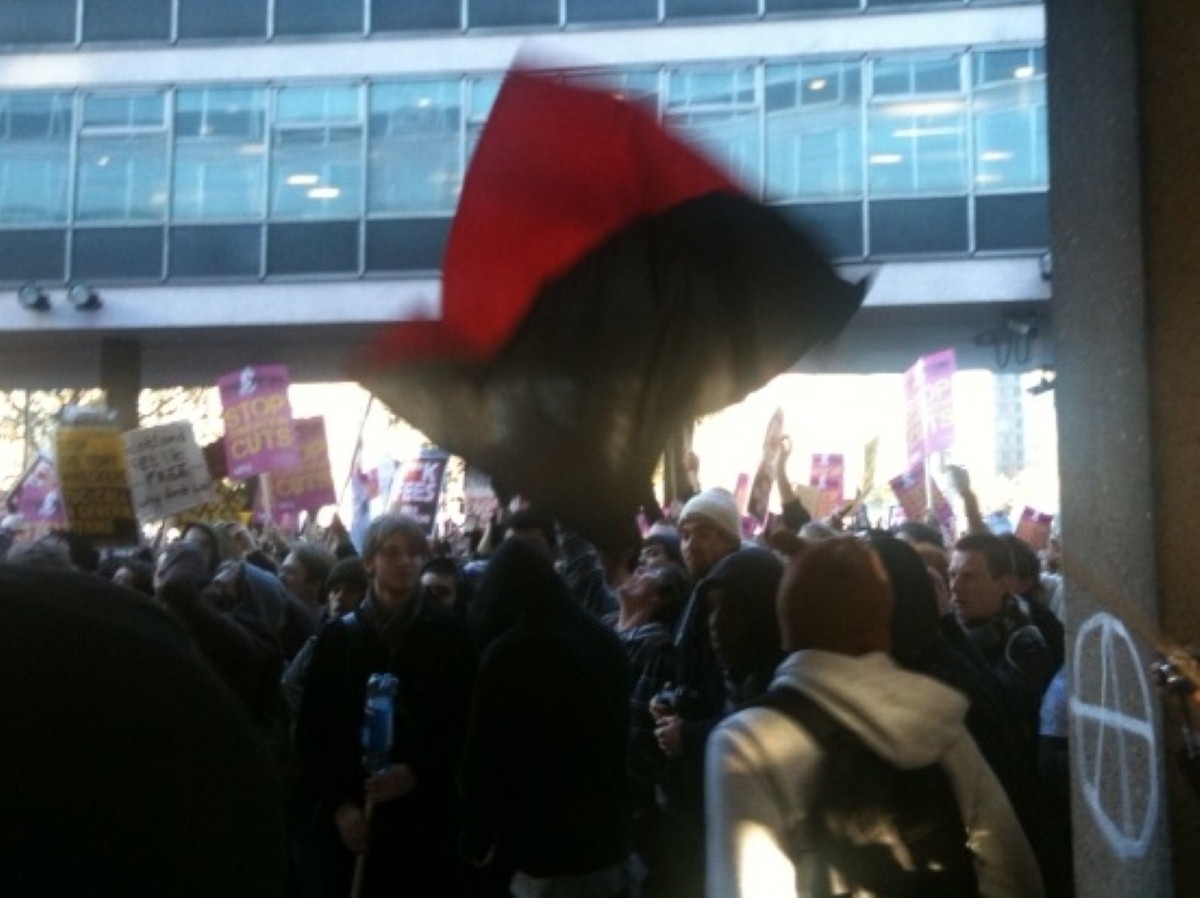 Police call for information on anarchists

A new police briefing calls for members of the public to report information about local anarchists to the authorities, in a move which critics have attacked as authoritarian.

The City of Westminster's 'counter-terrorist focus desk', which provides a briefing on current threat levels to London, has a section on anarchism following recent anti-cuts and tuition fee protests.

"Anarchism is a political philosophy which considers the state undesirable, unnecessary, and harmful, and instead promotes a stateless society, or anarchy," it reads.

"Any information relating to anarchists should be reported to your local police."

The order to inform on anarchists prompted bemusement and criticism online, with many observers criticising the police for demanding information on people on the basis of their political beliefs, rather than their actions.

Others noted wryly that the document's description of an "undesirable state" did not differ all that much from David Cameron's political philosophy.

Anarchists have played a minor but prominent part in British demonstrations for several decades but their profile rose following the anti-globalisation protests of the late 90s and the recent demonstrations against tuition fees.

Many anarchists participate in the demonstrations using tactics called 'black bloc', which sees leaderless gangs of youths dressed in black conducting direct action events on the sidelines of the main march.