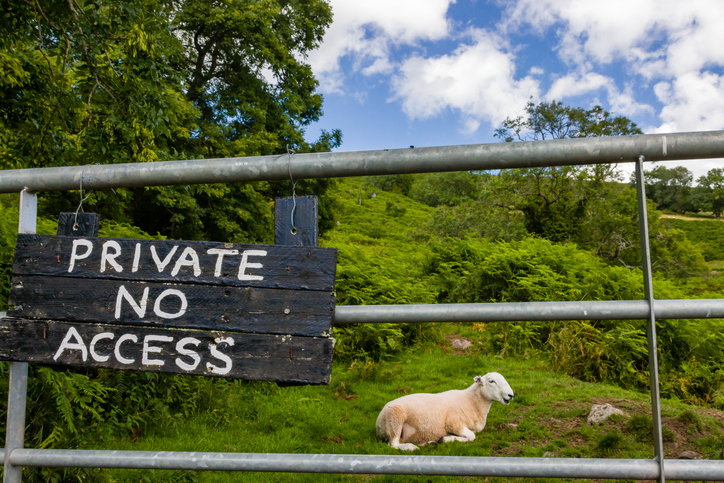 Welsh farmers priced out as firms buy up land to ‘greenwash’, warn MPs

Greater transparency and information is needed about the purchase of viable farm land in Wales by corporations using carbon offset schemes, the Welsh affairs committee has warned today.

While MPs recognise the importance of woodland to tackle the climate emergency, concerns were raised that companies could be attempting to “game the system” by investing in farming land to offset emissions which is then lost to Welsh agriculture. Farmers could find themselves “priced out” of good quality farming land as many can simply not compete with the prices paid by wealthy companies for the land.

The committee invites the Welsh government to consider whether it has appropriate safeguards in place to ensure companies investing in carbon woodland offsets have credible emission reductions schemes, calls on the Welsh and UK governments to improve the transparency and regulation of carbon offset schemes which in effect create a change of land use, and suggests that greater transparency may be achieved by the creation of a register of carbon offset schemes so that the extent of this problem can be monitored.

The potential lack of farm land is just one of the issues facing family farms in Wales. Welsh farmers feel the “economics are stacked against the family farm” referring to the single farm payment, working hours and rent. The committee was concerned to hear that around a fifth of Welsh farms had a farm business income of less than zero with an average income of £26,000 per farm.

The language and cultural traditions maintained by family farms are also at risk. The agriculture, forestry and fishing sectors in Wales represents 43 per cent of Welsh speaking workers, and with farming in Wales dominated by over 60s, when they retire there are concerns that the language could be further eroded. Many younger generations are leaving due to the lack of work, and the committee therefore recommends that new entrants are supported into farming, while the UK and Welsh governments should work together to create a scheme to support farmers plan for their retirement.

The committee collected evidence on free trade agreements (FTAs) and heard concerns that Welsh producers could be undermined if the UK market is flooded with cheaper imports. The committee stressed that it is important that safeguards continue to be included in FTAs with countries with a large agri-food export sector. The committee recommends that the UK government publish cumulative impact modelling to show the impact of FTAs and again recommends that a Welsh specific impact assessment is carried out to mitigate any adverse impacts an FTA could have on the Welsh farming sector.

Committee chair Stephen Crabb MP, said following today’s report: “Farming is an incredibly important and vital sector for communities across Wales. An enormous 90 per cent of Welsh land is used for farming, and comparably with England, the farming sector employs more people and contributes more to the Welsh economy.

“Yet, Welsh farming is facing a challenging time in a number of different areas. We heard that a significant amount of farming land is being lost to carbon offset projects which is being sold at such a high price to wealthy companies that farmers, many of whom are already struggling financially, cannot compete with. While offsets could be a useful tool in meeting net zero, there must be adequate safeguards in place to avoid greenwashing by companies relying on offsets to avoid difficult decisions to tackle emissions at source.

“Further, with older generations dominating the farming community, we must make sure they have a suitable route into retirement so farming, and the rich legacy of traditions that come with it, continue in younger generations.”