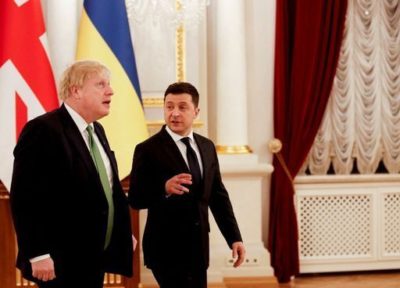 A package of UK support will help reach the most vulnerable people affected by the conflict in Ukraine, Foreign Secretary Liz Truss announced today.

United Nations (UN) agencies and charities working on the ground to provide care, support and protection for those in Ukraine and at its borders will receive £45 million in UK funding, as part of a wider package of support.

Nearly 16 million people are reported to be in need of humanitarian assistance within Ukraine. Over five million refugees have arrived in European countries since the conflict started, making it the fastest-growing refugee crisis since the Second World War.

Women and children are particularly vulnerable to abuse and harm. Of the £45 million, £15 million will go to the UN Ukraine Humanitarian Fund (UHF), to provide immediate life-saving assistance and help tackle sexual and gender-based violence through targeted services, legal support and crisis accommodation.

A further £15m will go to UNICEF, the UN children’s agency, to fund vital services like nutrition for pregnant women and mental health support for children.

The foreign secretary is also announcing today that the UK will provide further deliveries of medical supplies, on top of more than five million items already delivered, including wound care packs to treat over 220,000 patients and around 380,000 packs of medicine.

Foreign Secretary Liz Truss said: “Britain has stood shoulder to shoulder with the people of Ukraine throughout this conflict. As one of the largest humanitarian donors we will continue to make sure those bearing the brunt of Putin’s vile war have the lifesaving aid they need.

“British aid is supporting the most vulnerable in Ukraine, particularly women and children, who are facing increased risk of sexual violence and exploitation.”