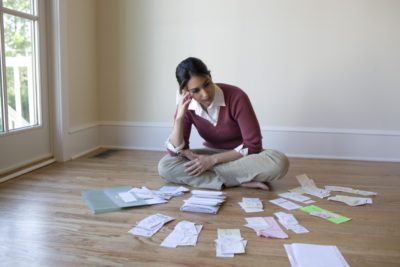 New IFS research finds that a blanket minimum eligibility requirement (MER) for access to student loans would be a highly imperfect way of improving student outcomes. It would increase the already large socio-economic gaps in higher education and would disproportionally affect ethnic minority students.

The government recently announced a consultation on changes to the higher education system, including on the introduction of minimum eligibility requirements where students would need a minimum of a grade 4/C in English and maths GCSE, or two E grades at A level to be able to access student loans. The specified purpose of this policy is to ensure that ‘students undertaking degree study have attained the baseline skills required to engage with and benefit from the course’.

The research, submitted to the consultation, assesses who would be affected by the introduction of these MERs, and how effective they would be at reducing the number of students with poor outcomes and on ‘low-value’ courses. It focuses on individuals from the 2011 and 2012 GCSE cohorts who started a full-time undergraduate degree at age 18 or 19 to measure the likely impact of these proposed changes

The research found that for the 2011 and 2012 GCSEs cohorts, almost one in four undergraduates who were eligible for free school meals (FSMs) at age 16 would not have been able to access student loans had a GCSE English and maths requirement been in place. That compares with 9 per cent of non-FSM state school students and only 5 per cent of private school students.

An English and maths GCSE requirement would have had a much bigger impact on participation by black, Bangladeshi and Pakistani students than on white British students. Around 7 per cent of white British undergraduates from state schools would have been impacted by the GCSE English and maths requirement, and around 10 per cent of Chinese and Indian students. In contrast, nearly one in five Bangladeshi and Pakistani students would have been affected, and nearly one in four black undergraduates. This reflects the fact that ethnic minority pupils from these groups have much higher university attendance rates than their white counterparts despite similar age 16 attainment.

The impact on socio-economic gaps in access to higher education would be much smaller if, instead of passes in English and maths GCSE, individuals are required to have at least two Es at A level (or equivalent) to be eligible for student loans. FSM and certain ethnic minority groups would still be disproportionately affected relative to other groups of undergraduates, but far fewer students would be affected overall. For instance, only 5 per cent of current FSM undergraduates would have been affected by the two Es requirement compared with 23 per cent under a requirement of a pass in English and maths GCSE.

Students who did not achieve these minimum qualifications have worse degree outcomes than their peers with higher attainment, but close to 80 per cent still graduate and around 40 per cent do so with a First or Upper Second class degree.

Elaine Drayton, Research Economist at IFS and an author of the research, said: “Requiring students to pass GCSE maths and English in order to be eligible for student loans would be a blunt tool for targeting undergraduate provision with poor employment prospects. While it would remove access to student loans for entrants on low-earnings courses like creative arts and communications, it would heavily impact some subjects with strong earnings returns such as business and computer science, with 13 per cent and 17 per cent of age 18–19 entrants affected, respectively. Other courses with low returns but considerable social value would also be impacted, including social work and education.”