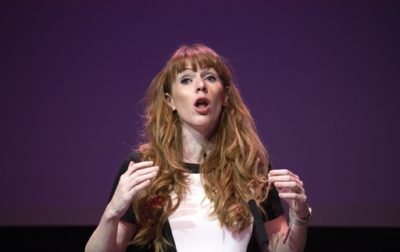 Rayner criticises future of work review as ‘beyond parody’

The prime minister has asked Matt Warman MP to lead a review into how the government can best support a “thriving future UK labour market”, the government has announced today.

Warman will look at how the government could best shape the UK labour market so it is fit for the future, including short and medium-term barriers and the challenges that the labour market might face, such as the role of automation. He is also expected to explore the role of local labour markets in facilitating access to good jobs as we level up across the country, as well as where skills development is most needed to drive future economic growth.

Prime minister Boris Johnson said: “It’s fantastic that Matt Warman has agreed to take on this important piece of work. Tackling the economic challenges of today means helping more people into high-wage, high-skilled jobs and this review will look at how we can equip people with the skills they need to thrive in the workplace no matter where they’re from.

Deputy Labour leader Angela Rayner has slammed the plans as “beyond parody,” given “that Boris Johnson has appointed one of his own lackey backbenchers to conduct yet another review instead of taking real action to help working people.

“This announcement is yet more smoke and mirrors from ministers who this week have failed to tackle the cost of living with an emergency Budget and ditched their long-promised Employment Bill, along with their pledge to strengthen and enhance rights and protections at work,” she went on.

“Labour has a plan to build a Britain that works for working people, while Boris Johnson’s Conservatives have not got a clue,” she argued.

Leading the review, Matt Warman MP said: “The nature of work is changing at a rapid pace and Britain is uniquely positioned to seize new opportunities. I’m delighted to be asked by the Prime Minister to examine how best we can do so in the post-Covid era.

“Businesses big and small have evolved how they work hugely in the last two years, and employees today need different skills and protections to thrive. Getting that balance right will provide tangible economic and social benefits to both companies and working people.”

Warman has previously served as a Parliamentary Under Secretary of State at DCMS, and brings a wealth of experience to the role from a range of industries, including science, tech and media.