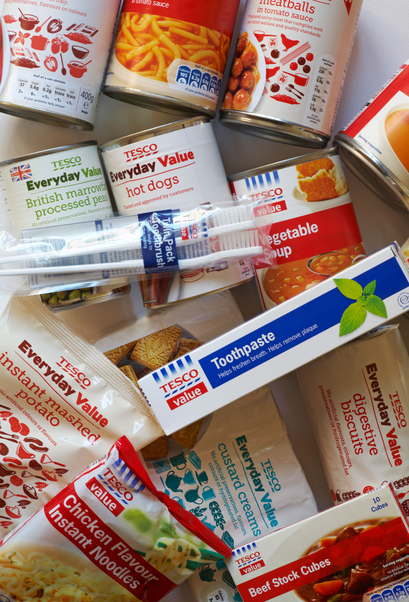 A government minister has suggested that people buy value brands to manage their spending as food prices climb.

“The thing to bear in mind is that if you look at household spending on food in the UK it is actually the lowest in Europe, partly because we have got that very competitive market,” he explained.

His remarks come as shop price annual inflation accelerated to 2.7 per cent in April, up from 2.1 per cent in March.

This is above the 12- and 6-month average price increases of 0.4 per cent and 1.5 per cent, respectively. This marks the highest rate of inflation since September 2011.

Eustice stressed: “It used to be for the poorest 20 per cent of households about 16 per cent of their income used to go on food. That dropped a few years ago to about 14 per cent.

“It is going to rise again now but generally speaking what people find is that by going for some of the sort of value brands rather than own-branded products that they can actually sort of contain and manage their household budget.

“But it will undoubtedly put a pressure on household budgets and of course it comes on top of those high gas prices as well,” he went on.

Labour’s shadow chief secretary to the Treasury, Pat McFadden, has criticised the minister’s remarks, saying: “This is woefully out of touch from a government with no solution to the cost of living crisis facing working people.

“People are seeing their wages fall, fuel and food costs rise, and families are worried about how to make ends meet.

“It’s time for the Government to get real help to people rather than comments that simply expose how little they understand about the real struggles people are facing to pay their bills”.