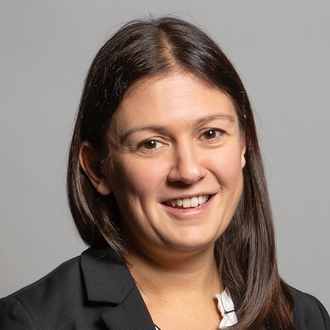 Labour’s shadow levelling up secretary has warned that the Partygate scandal has denigrated public trust in politics.

She told BBC Breakfast: “Trust is the glue that holds up the political system together, and when that trust is gone the whole system collapses, and that is why what is happening at the moment with partygate is so devastating for most people in this country.”

A report published last December by the IPPR think tank, found that in 1944 just one in three British people (35 per cent) saw politicians as merely “out for themselves”. By 2014 this number reached 48 per cent and in 2021 63 per cent reported sharing his view.

She also slammed Boris Johnson’s reaction to the Sue Gray report, claiming he failed top of take full responsibility for the scandal over lockdown gatherings in Downing Street and Whitehall.

“His full responsibility has resulted in him passing off responsibility to more junior staff members who’ve been fined and have taken the rap for what has been going on on his watch, under his government, under his leadership.

She also argued that the report has publicised “a rot in government” and that this “rot starts from the top”.

She told ITV’s Good Morning Britain programme “I’d love to move on, I’d love to see the government focusing on dealing with the cost-of-living crisis that has affected most families and businesses in this country at the moment, and Russian aggression in Ukraine.

“But the trouble is, that as this report lays bare, there is a rot in government and the rot starts from the top.”