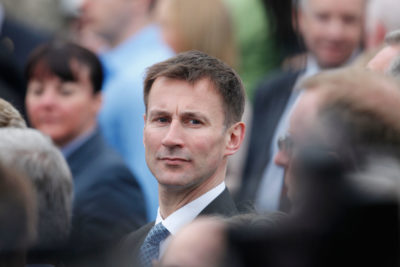 Health and social committee chair Jeremy Hunt has criticised the government’s rejection of a recommendation for a broad national health and care recovery plan to tackle the backlog caused by the pandemic. MPs made the recommendation for a comprehensive plan to include emergency care, mental health, primary care, community care and social care in their report on clearing the backlog, published in December.

The committee has also flagged the rejection once again of its call for the publication of an annual independent assessment of workforce numbers. Without it, it will remain impossible to know whether enough doctors, nurses or care staff are being trained, say MPs.

Committee Chair Jeremy Hunt MP said: “We urged the government to produce a central integrated recovery plan as we emerged from the pandemic that went beyond tackling the elective backlog. Vital services that people depend on such as emergency care, mental health, community and primary care must be included. In rejecting our recommendation Ministers have missed an opportunity to set out a comprehensive plan of the role these services will play in recovery. The government has presented us with a jigsaw of laudable plans and strategies, but has failed to produce the overarching vision that would fit those pieces together.

“With millions of patients waiting for elective surgery, addressing the workforce crisis is critical. Yet once again the government has failed to heed our call to publish independent annual reports to project how many staff will be needed. Without it, it remains impossible to know whether enough doctors, nurses or care staff are being trained.

“Public health services are dependent on funding at a level to match their crucial work – instead they face a real terms decrease. The government points to increased funding to local authorities but the impact of inflation will mean a cut and a struggle to deliver what is needed.

“On social care, we called on the government to bolster its commitment to reform services with a long overdue ten-year plan. Instead, we’re asked to accept a ‘reform vision’. The absence of social care in this week’s Queen’s Speech speaks volumes.

“At a time of crisis, exemplified by NHS doctors being urged to delay retirement, it is incredibly disappointing to again see the lack of clarity in the government’s response to the recommendations we have made. I repeat my call to the Secretary of State to urge his Department to be clear on all of our recommendations and whether they are ultimately accepted or rejected.”

The committee had urged the department of health to work with NHS England to produce a broader national health and care recovery plan by April 2022, that goes beyond the elective backlog to emergency care, mental health, primary care, community care and social care.

The committee also reiterated its previous recommendation for publication of independently audited annual reports on workforce projections that cover the next five, ten and twenty years, including an assessment of whether enough staff are being trained.

Hunt has previously criticised a government responses to an earlier report in which almost half the recommendations were still being considered, urging health secretary Sajid Javid to ensure that it was clear whether the DHSC was accepting or rejecting the cmmittee’s recommendations.