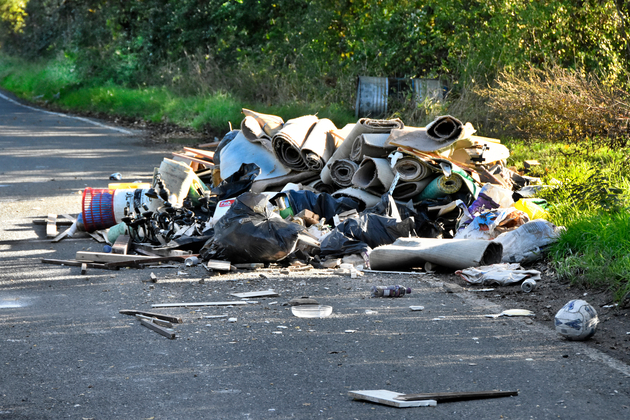 The Liberal Democrats have accused the Conservative government of effectively “legalising littering,” after shocking figures revealed that up to a million fly-tipping incidents went unpunished in 2020-21.

1.13 million fly-tipping incidents were recorded by local authorities in England in 2020-21, a 16% increase on the previous year. However, the number of Fixed Penalty Notices issued fell by 24%, while the number of prosecutions collapsed by more than 50%.

In total, just 96,628 enforcement actions were taken beyond an initial investigation and a warning letter. That leaves up to 1 million cases going unpunished in 2020-21.

The Liberal Democrats are calling on the government to crack down on illegal rubbish dumping, by increasing court fines and putting the money raised into a “Fly-tipping Fighting Fund” for local authorities. If the average fine was tripled to £1,000, this could raise £1.3 million a year to tackle fly-tipping.

“It is infuriating that while the vast majority of people play by the rules, law breakers are cashing in on this disgusting practice and getting away scot-free.

“Conservative ministers have effectively legalised littering by turning a blind eye to this fly-tipping epidemic. The buck stops with them and their failure to tackle this.

“The Liberal Democrats want to see increased fines for fly-tipping to act as a proper deterrent, and raise cash to crack down on those responsible. We will stand up for a fair deal for communities that are sick of being taken for granted by this Conservative government.”