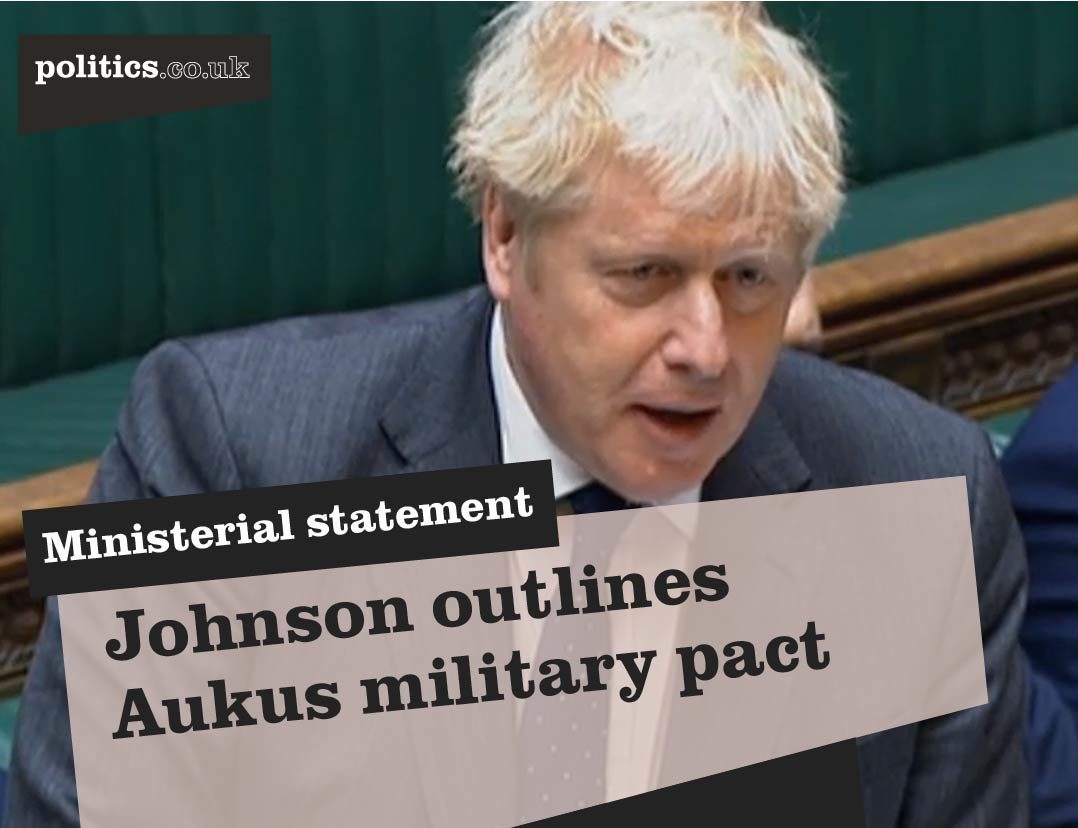 Boris Johnson has outlined Britain’s new military pact, named Aukus, with the United States and Australia today in the Commons.

While Johnson stated that the pact is “not intended to be adversarial towards any other power”, he dodged former prime minister Theresa May’s question regarding what Britain would do in the face of a Chinese invasion of Taiwan, simply answering that “the United Kingdom remains determined to defend international law”.

Labour welcomed the deal, with Keir Starmer saying: “The lessons of the past few weeks is that Britain must look after our most important relationships or our influence and security quickly decline.”