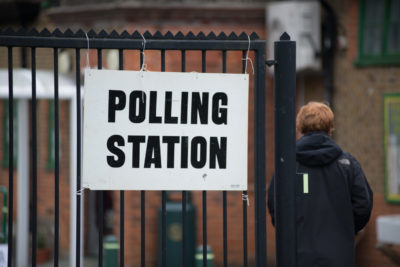 England’s local elections should be fairer – look at Scotland

The UK is set for a bumper day of elections this May. Councillors are to be elected across much of England, and all of Scotland and Wales. Not to mention, there’s a pivotal Northern Ireland Assembly election the same day.

Councillors in England and Wales are elected via First Past the Post, making local elections there incredibly unrepresentative – often leading to localised one-party states. In contrast, councillors in Scotland and Northern Ireland are elected via the Single Transferable Vote (STV), a form of Proportional Representation, ensuring that councils are largely reflective of how people vote at the ballot box.

In England, May’s local elections will be extremely unrepresentative yet again – just like in the House of Commons. Take Westminster City Council in the heart of London. In 2018, the Conservatives won over two-thirds of seats available (41 of 60) on just 42.8% of the vote. What’s more, Labour won just 19 seats on a nearly identical vote share (41.1%). And while the Liberal Democrats won 9.4% of the vote, they came away with no seats at all.

In nearby Islington, Labour won 60.6% of votes cast. Of course, the party won a clear majority of the vote here but 6 in 10 votes shouldn’t justify them taking a whopping 47 of all 48 seats available. The Greens won a quarter as many votes but came away with the sole remaining seat on the council. While the Lib Dems and Conservatives were left with nothing.

Next up, Wales sits in the awkward middle. Welsh councils now have had the power to upgrade their electoral system to the Single Transferable Vote thanks to the Local Government and Elections (Wales) Act. This is a welcome development as it creates a route to better democracy. However, as the Act puts the power to change the voting system in the hands of individual councils, where there is an incentive for administrations to keep the status-quo, it is unlikely to lead to a wave of change. Any moves towards reform will likely depend on the influence the Lib Dems and Plaid Cymru have in administration coalitions, as well as appetite for reform within local Labour parties. Nonetheless, the situation is a welcome improvement compared with what came before.

In contrast, voters in Scotland can be confident that the vote they cast in local elections this year will not be wasted. The second Labour-Lib Dem government of the devolution era introduced the Single Transferable Vote (a form of Proportional Representation) for councillors, starting with the 2007 election. Each of Scotland’s 32 councils are divided into multi-member wards, made up of three or four councillors (with some exceptions), elected by voters in order of preference. Under STV, councils reflect how people vote at the ballot box, wasted votes are severely limited and citizens have a range of voices representing them in council chambers. That is good for democracy.

Compare this to the 2003 Edinburgh elections where Labour won a majority of seats on just 27.4% of the vote while the SNP won no seats on 15.6% of votes. Thanks to STV in 2017, there was a strong link between seats and votes just as there will be in 2022.

Of course, Scotland’s STV set-up needs some fine-tuning. The fact that wards primarily have just three or four members weakens proportionality. Data analysis by political scientists John Carey and Simon Hix (2011) indicates that the electoral sweet spot (where there is a fair balance between proportionality and the number of representatives in any electoral district) is between four and eight members. In the most recent Edinburgh result, this led to Conservatives winning the most first preference votes but ending up with one fewer seat than the SNP. Perhaps there are lessons to learn from the Northern Ireland Assembly which also goes to the polls in May and uses STV with five-member wards.

That said, the principle is sound and the set-up for Scottish local government meets the bare minimum goal of broad proportionality and voter empowerment, in sharp contrast with England and Wales. Tweaks should be made to improve Scotland’s STV system but getting England and Wales to this point would be a massive step forward.

There is a better way to elect councillors in England and Wales than First Past the Post, not to mention our MPs in the House of Commons.

Proportional Representation works effectively in Scotland, Northern Ireland and most legislatures across the wider democratic world. Thursday 5 May 2022 will yield yet another set of unrepresentative results in England and Wales in sharp contrast to much fairer local elections in Scotland and Northern Ireland’s Assembly election.

Change under this Conservative government is unlikely but when the time does come to abolish First Past the Post at Westminster, and it will, local government must not be left behind.