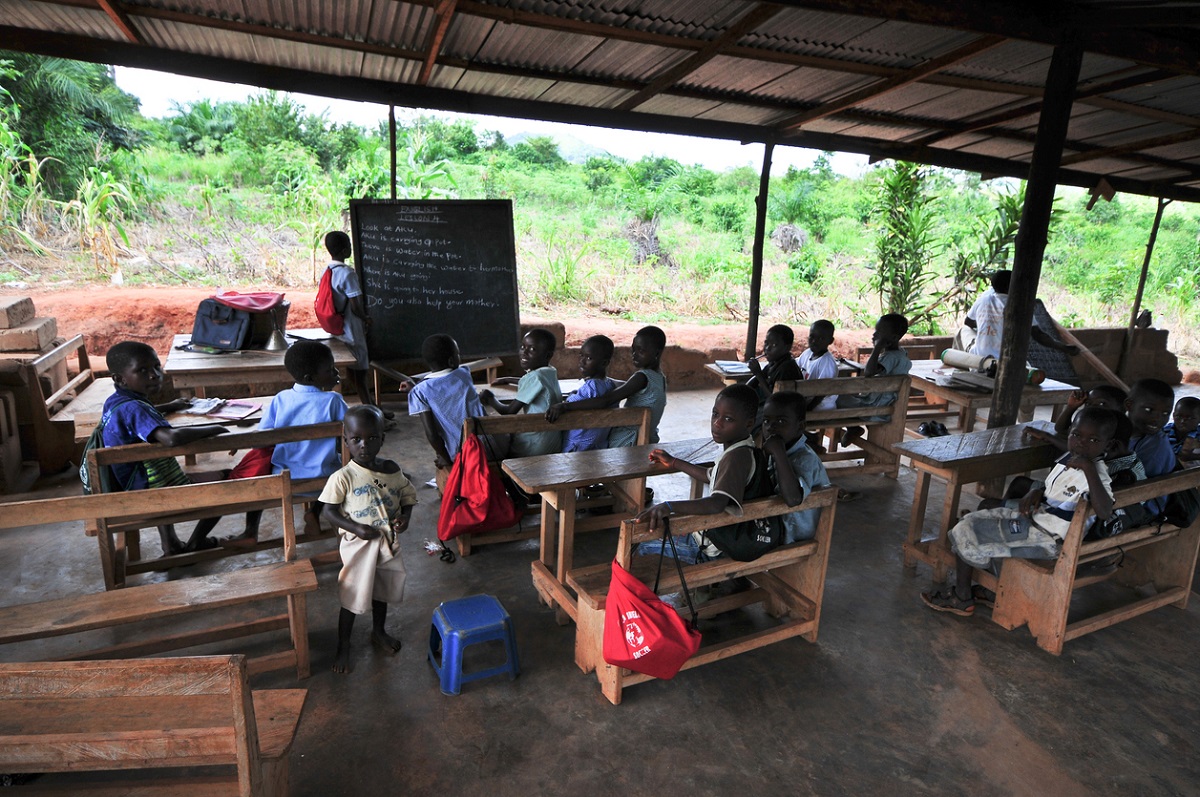 Education forbidden: Why the West must speak up for children in Nigeria at the G7

It’s another Friday in the newly declared ‘Failed State’ of Nigeria and another 150+ school children have been abducted from their school in the north of Nigeria where Boko Haram – a brutal IS-affiliated terrorist organisation – have declared that the education of children as introduced by the British empire is forbidden and should therefore be stopped at all costs.

In the last 15 months, whilst covid has been holding the world’s attention, Nigeria has witnessed the abduction of over 1,000 children, attacks on at least 15 schools and the killing of several students and teachers. And how many of these atrocities have made the news headlines?

This latest abduction of 136 school children as young as five, is just another one of the more high-profile incidences in an increasingly long list of mass-kidnappings. Very often these lead to the immediate closure of all surrounding schools and large sums of money directly going into the hands of those fuelling even more terrorism.

Having been the ones who constructed the country by amalgamating various tribes and ethnic groups in the early 20th century, the UK is now failing Nigeria and Nigerians by not speaking up and acting more decisively. It is in their power to either support or admonish the government to fulfil its ‘responsibility to protect’ the most essential and most fundamental of human rights – the safety of the citizens.

The UK may not have a legal obligation to do so, as Nigeria is an independent sovereign nation, but surely we have a moral, diplomatic and ‘self-interest’ obligation to intervene in much the same way as it intervened to safeguard the citizens of Hong Kong?

Boris Johnson has personally championed the 2019 Conservative party manifesto which committed the UK government to “stand up for the right of every girl in the world to have 12 years of quality education.” And declared as his  “fervent belief” that improving girls’ education in developing countries was the ‘Swiss Army Knife to lifting communities out of poverty’.

If this is still his pledge much more action over his rhetoric is required. Yes, the prime minister has announced MP Helen Grant as special envoy on girls’ education; yes, we have a foreign secretary with a background in human rights; yes, we have a whole cross-party APPG group in Westminster dedicated to ‘Global Education for All’; and, yes, the UK is also privileged to have Karen Smith as UN special adviser on the ‘responsibility to protect’ and former prime minister, Gordon Brown as a United Nations special envoy for global education; but none of this is leading to a reduction in the amount of school abductions in a country with which we proudly have a shared history, shared culture, shared investments and planned post-Brexit trading plans with.

The UK and indeed the wider western community cannot sit by idly and watch as the attack on education in Nigeria increases. The pandemic has taught us that we all live in a very inter-connected world and the fate of education in one country will eventually affect us all for good or for bad. The G7 meeting in London is the perfect opportunity for the UK to find its voice and step up its action on this matter.

Talents and creativity abound in the peoples of Nigeria and the world would do well to encourage the protection and maximisation of this for our collective good. The British Nobel Laureate, Dorothy Hodgkin, once noted that the University of Lagos was one of the world’s centres of expertise in her specialist field of chemical crystallography, and the University of Ibadan has an international reputation as a leading centre of excellence in tropical medicine, development economics and the historical sciences.

The 10 year-old Tanitoluwa Adewunmi, who fled the atrocities of Boko Haram in Nigeria, was discovered to be a chess master after being found in a New York refugee hostel.

Anne-Marie Imafidon earned her Oxford masters in mathematics and computer science when she was only 19. Today, she sits on several corporate boards and was awarded an MBE in 2017 for services to science.

There is also young Yemi Adesokan, postdoctoral fellow of Harvard Medical School who patented procedures for tracking the spread of viral epidemics in developing countries.

Ufot Ekong overcame several challenges to persist in his education and proceeded to solve a 30-year old mathematical riddle at Tokai University in Japan during his first semester.

A Benue State University mathematician Atovigba Michael is believed to have solved the two centuries old Riemann Conjecture that has defied giants such as Gauss, Minkowski and Polya.

And some of the Chibok girls (who could have suffered the same fate as the 100+ girls who are still missing) have now recently graduated college in the US and are on their way to becoming medical practitioners.

Both the UK and Nigeria are signatories on the ‘Safe Schools Declaration’, an inter-governmental political commitment to protect students, teachers, schools and universities from the worst effects of armed conflict. You can only imagine my shock and incredulity to discover that the 4th international conference of the ‘Safe School Declaration’ is due to be held in Abuja this year.

There have been many attempts around the western world to downplay the seriousness of what is happening, as nations refuse to acknowledge that a Jihadist terrorism agenda is seeking to turn Nigeria into an ungovernable space from which an epicentre of global terrorism can emanate.

Calling these instances ‘communal clashes’ or ‘banditry’ is not enough, we need to act decisively, intelligently and collaboratively as a global community to deal with this scourge and prevent the imminent exportation of these evils. I’m trusting this G7 meeting will be the first step in working towards a sustainable and secured future for the children of Nigeria.