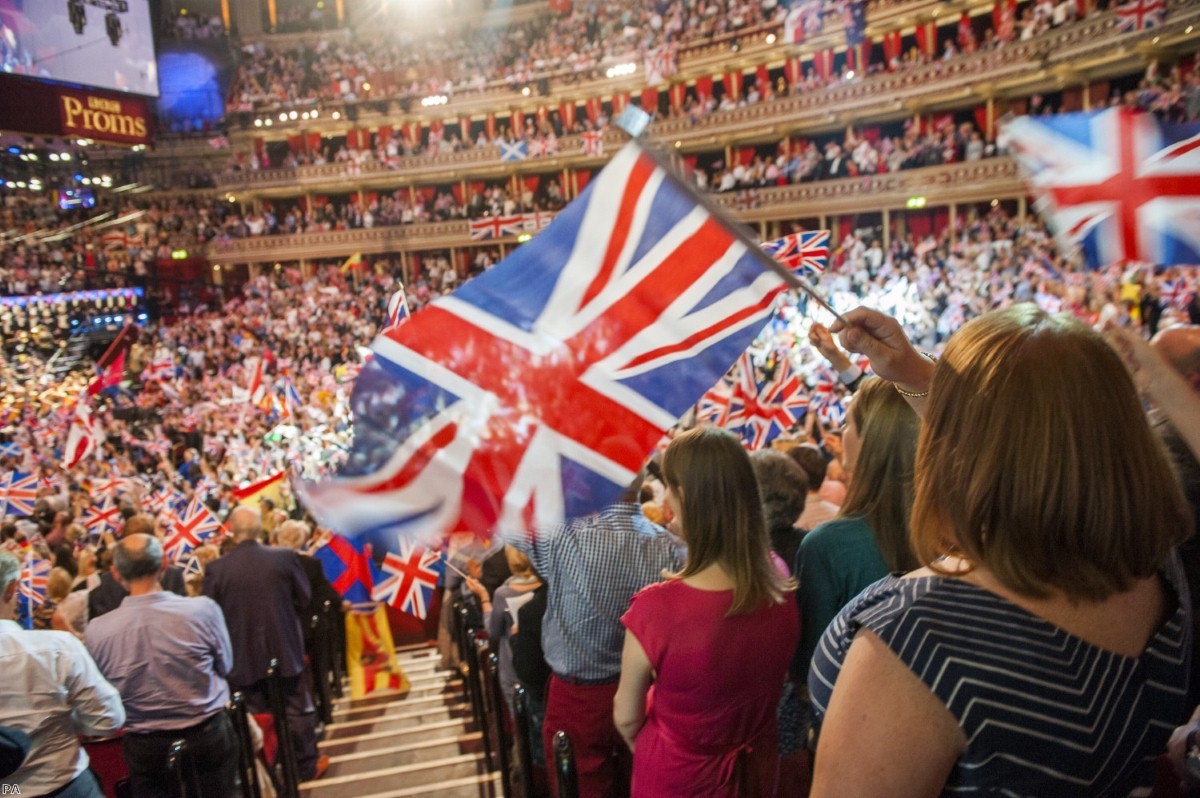 Not in our name: Ethnic minorities don’t care about your Proms culture war

The debate over the last night of the Proms appears a hardy perennial.  It is half a century since the BBC made a proposal to ditch the patriotic anthems in 1969 – in the hope of making the event "more attractive to 40 million viewers in Europe". That decision was reversed in response to media, political and public opposition. Even the liberal Guardian newspaper editorialised against the change. "The point about this famous Albert Hall occasion was that it was an unblushing piece of English nonsense," it wrote. "Are we now going to be ashamed of our national eccentricities?"

In 2020, there are two different reasons suggested for a change. One is practical: there will be no audience in the Royal Albert Hall this year and a much smaller orchestra. The BBC says that this is the reason to propose an instrumental version of the anthems for this year, with the singing returning when the audience does in 2021. But much more attention has been paid to the idea that the move is a response to the Black Lives Matter anti-racism protests. This appears to be because a handful of well-wishers and a larger number of opponents have been happy to assume that this is the sort of thing that the movement must want.

It was Richard Morrison, the long-standing art critic of The Times, who began this year's debate with a magazine piece. His article suggests two motivations. Firstly, that he has personally never liked the Last Night of the Proms and would love to ditch what he called the "unholy trinity" of Land of Hope of Glory, Rule Britannia and Jerusalem. Secondly, that the Black Lives Matter protests appeared to offer the opportunity and the moment to pursue this long-standing preference.

Morrison is entitled to his view. But his language, that it would be "insensitive, even incendiary" to continue, was clumsy. His premise – that supporters of Black Lives Matter would be hurt and upset by the continuation of the last night of the Proms – is an assumption for which the evidence is scant. So the use of "incendiary" was a hyperbolic claim, bringing to mind hackneyed images of rioting and violence about something that few people care about at all.

The debate then continued when Sunday newspaper reports suggested that the Finnish conductor of this year's proms shared the view that it was a good opportunity to ditch the patriotic songs. She has since stated that the reports were inaccurate.

So what do ethnic minorities actually think about the last night of the Proms? The most plausible answer is: Not much and not often. The important and necessary caveat is that there is no unified view of this issue, held by two million black people, nor among eight million people who are not white.

The polls on the last night of the Proms are typical of most polling in the country. Ethnic minorities are a bigger share of the population than the under-24s but are not a standard break in opinion polling. Generally, there is considerably less information on the views of the one-in-six people in Britain who are not white than on just about every other demographic. Pollsters have recently begun to step up their efforts to fill this gap.

This pattern makes it plausible to estimate that between one-in-ten to one-in-five ethnic minorities would support ditching the Proms anthems. It is very unlikely to have majority support among non-white Britons. Attitudes towards the last night of the Proms differ by age and social class, by education, by geography and by politics. Those demographic drivers of attitudes will have some influence among black and Asian Britain too.

The issue may well matter more to ethnic minority musicians than to the public at large. Chi-Chi Nwanoku revealed that she had been lobbying the BBC to ditch the songs. As the founder of Chineke, the largest BAME-led orchestra in Britain or Europe, she has a good claim to be the most influential black British classical musician today. Nwanoku also wrote a public letter emphasising a broader set of changes for the classical music sector.

Those working for race equality in classical music have expressed a range of different views of whether changing the proms would help or hinder this broader agenda. Saxophonist Nate Holder would rather see more understanding of the context than the removal of the songs. Oboist and researcher Uchenna Ngwe said she wanted to see bigger issues dealt with. "We don't need any more pointless symbolic moves," she tweeted. There does not seem to have been any structured attempt to assess where the overall balance of views among musicians from minority backgrounds currently lies.

Outside of classical music, my own anecdotal effort to assess ethnic minority opinion on Twitter resulted in a broad landslide for indifference. Only a handful supported ditching the anthems. And similarly only a few people cared about and enjoyed the proms. Most were indifferent to them. A number of those who found the spectacle a bit "cringey" didn't think the issue was worth the argument, while others thought it was wrong to remove something that other people enjoyed. There was an overwhelming frustration at the level of profile of the debate and concern at how divisive it could become.

A recent Hope Not Hate poll, of 1,000 ethnic minority respondents, illuminates some of the reasons why ethnic minority opinion will be ambivalent and sceptical about the proposal to ditch the proms.

There is a broad majority among ethnic minorities – around two-thirds – who support the removal of the statues of slavers. Yet most respondents also expressed scepticism about the focus on statues: a very wide majority of 60% to 15% feel that this has become a distraction from substantive issues of race equality.

History matters. The strongest consensus – across ethnic minorities and the white majority – is for teaching the history of Empire, including its controversies, in schools. That is a much higher priority for most ethnic minority Britons than changing the Proms would be.

Asked about removing negative portrayals of ethnic minorities on films and television, opinion divides. 'It's complicated' would sum up the median view – context matters, with a significant difference between egregious and trivial examples.

A majority of ethnic minority respondents agreed with the idea that the statues debate represented "political correctness" going too far – by 52% to 22% – showing a concern to differentiate between the most egregious examples and a sweeping 'year zero' idea of interrogating every historical figure by contemporary standards.

Here, people often welcome the social moves against name-calling and slurs against ethnic minorities, while remaining sceptical about arguments over Easter Eggs, nativity plays and symbols like the proms.

Individual views of the Last Night of the Proms will, of course, differ. But the general view of ethnic minority Britons could be summed up as one of frustration that these polarising culture wars misrepresent and trivialise ethnic minority concerns about race equality.

In other words: Have your silly season media culture war over the Proms if you really must. But not in our name, thank you very much.

Sunder Katwala is director of British Future, an independent think tank exploring public attitudes to issues of identity, integration and migration. You can follow him on Twitter here.