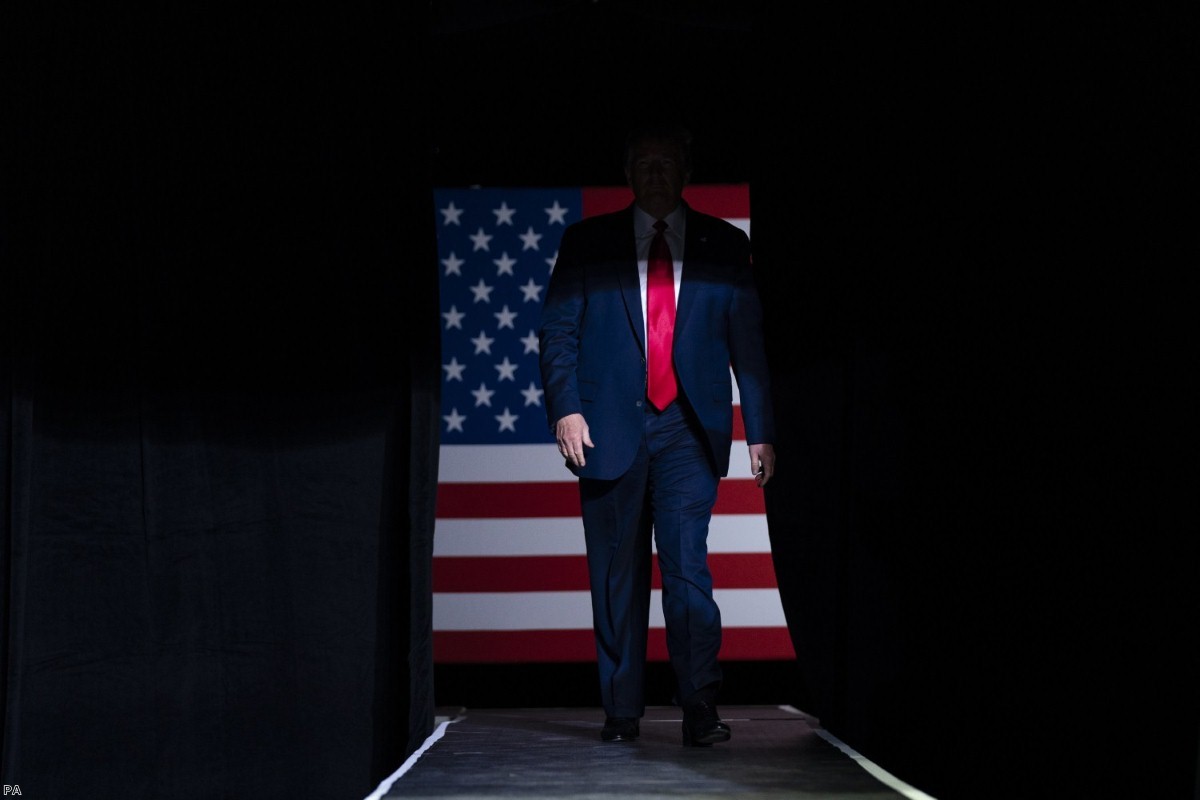 Swimming with the sharks: What progressives can learn from Republicans Against Trump

By Laura Shields and Dirk Singer

We've always known that conservatives have the campaigning instincts of sharks. But it's rare for progressives to see their techniques being used against a common enemy, rather than ourselves.

As dual UK-US nationals who work in communication, we have become obsessed with the Never Trumpers who are going all in to get Donald Trump out in November. They include The Lincoln Project, a super PAC which includes former strategists for John McCain and George W Bush as well as George Conway, the husband of one of Trump's closest advisers, and Republican Voters Against Trump (RVAT), a campaign that has run some ads, but mainly uses video testimonials from Republicans who will not be voting for Trump.

To give you an idea of what this might look like in the UK, just imagine if Lynton Crosby all of a sudden announced that Boris Johnson is a danger to democracy and they will now be campaigning for Keir Starmer.

So, what can we learn from swimming with our new temporary friends?

The Never Trumpers might as well have written the phrase 'go big or go home'.  For them there is no Plan B, so there is an intensity and relentlessness about their approach.
They act quickly and opportunistically through their attack ads, frames and messages and react to and lead conversations in real time.

For example, on the day that John Bolton came out with his revelations about Donald Trump begging President Xi of China for help in getting re-elected, the Lincoln Project released their Chyna ad.

China made @realdonaldtrump roll over like a dog. pic.twitter.com/jz69XZ72UU

There is no magic formula – they just keep it simple by using Trump's own words against himself. The attacks are often witty. Crucially they always go straight for the jugular. And part of the strategy is to wind Trump up so that he attacks them rather than Joe Biden. This means nothing is off limits, which a lot of the left ('we're better than this') finds distasteful. We do too. But you don't take a bar of soap when wrestling with pigs in mud.

Zeroing in on Trump's bizarre ramp walk at West Point and the way he was drinking water made a lot of people with liberal sensibilities uncomfortable. Yet it arguably succeeded in making his unfitness for office an issue and also robbed the Trump campaign of one its most potent attack lines against Joe Biden – ie the 'Sleepy Joe' insult.

That in itself is a lesson. Republican operatives have in the past attacked an opponent's perceived strengths, not weaknesses. If you demolish their key talking points one by one, they have nothing left.

Never Trumpers target their time and money at the 15 or so battleground states where the election will be won or lost and ignore the national polls.

Within these states, they don't talk to the Democrats, they talk to the people they need to convert: swing voters, conservatives who also hate Trump or those who voted for him in 2016 but are feeling uneasy about him now.

As Lincoln Project founder Rick Wilson said in a recent podcast, the people the Democrats need to win over in these states "are not people who care about gender pronouns". Unlike a lot of progressives, the Never Trumpers understand what makes their target audiences tick. The left is good at talking to itself but not empathising with the views of people who think differently.

Empathy is not endorsement. It simply means getting inside people's heads and understanding what messages and arguments work best to persuade them.

Republicans Voters Against Trump is a master class in low budget values campaigning. The videos are shot on smart phones or computers.  And they are effective because they are unpolished peer to peer testimonials that speak to core conservative morals, values and identity frames.

Words that come up a lot are responsibility, character, authority, respect, decency, faith, honour and integrity. Unsurprisingly, for all these ex-GOP voters, Trump has none of these qualities. For many, Biden does. They will vote for him because he's a man of character not because they agree with his policies.

A timely example of all these approaches coming together is the one minute testimonial of Carter and Nancy, Republicans who live near Tulsa, Oklahoma who will be voting for Biden this year. Their story was broadcast on Fox News ahead of Trump's rally in Tulsa on Saturday.

The closest the UK has come to using voter testimonials in the same way was through the highly underrated and underused Remainer Now campaign, who were not given anything like the prominence or support they needed by the stop Brexit campaigns.

Message discipline seems to have gone out of the window for the left in recent years in the UK, probably because they associate it with Tony Blair.  But the idea that you can shift public opinion or change conversations is fanciful if you don't hammer your points consistently.

The Never Trumpers pick a theme and keep hammering away at it so that it sticks.

Some key examples are #AmericaOrTrump, where they tried to pin the Confederate flag on him, and more recently #Trumpisnotwell and #PlagueRally to describe Trump's Tulsa rally.
The Lincoln Project and their founders have significant online reach. Both George Conway and Rick Wilson have over a million followers. The media of course tunes into Twitter, and these messages then get currency, are amplified, and stick.

At the moment the Never Trumpers are on our side because they believe in the fundamentals of democracy and the rule of law. But the reason why they want the Republican party to be demolished at the polls in 2020, is so that they can rebuild it from the ground up to once again look more like the Reagan GOP of the 1980s. That means eventually they'll be targeting – and beating – progressives again.

Had we adopted some of their tactics, a whole series of disasters from Brexit in 2016 to Johnson's 2019 election victory could have been avoided.

As a result, we'd do well to watch what they are doing between now and November and internalise some of the lessons they are teaching us, so that we don't become shark bait next time we meet.

Laura Shields and Dirk Singer are communications consultants and members of Democrats Abroad.