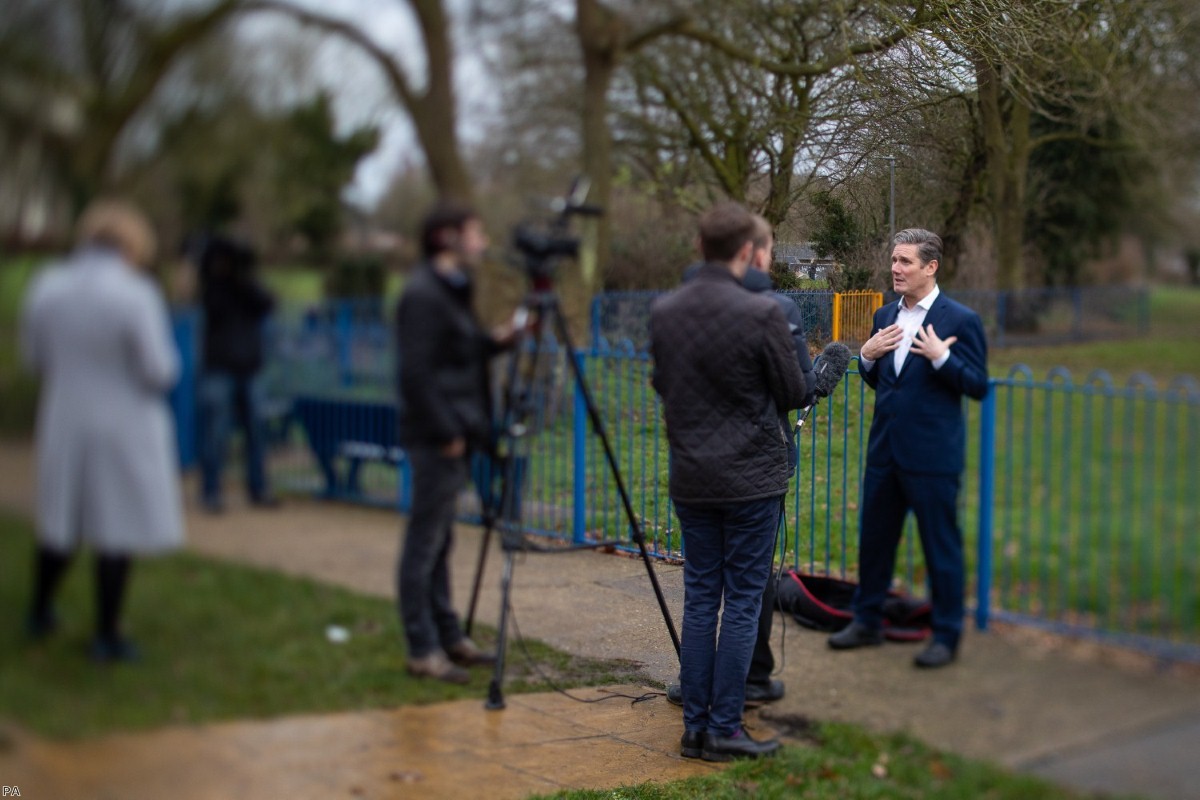 Hard left stitch-up? Everything you need to know about the Labour election rules

So now we know. The terms of Labour's leadership fight are set. Yesterday's National Executive Committee (NEC) meeting finalised the details that were left ambiguous in the party rulebook. We now have the full picture.

There'd been an understandable fear among Labour moderates that the NEC would tweak the rules in favour of Corbynite candidates. After all, it's dominated by the hard left, which has a 21 to 13 majority. But in fact its discretionary powers have been much reduced since the last leadership contest in 2016.

There's a satisfying political irony to that. Back then, the NEC was moderate-controlled and had imposed a six-month membership requirement to limit the Corbyn vote. So when the hard-left gained control, they set longer membership voting rules in stone. Now that is working against them. As is often the case with Labour's law of unintended consequences, rule changes demanded by a faction at one point end up helping their opponents further down the line.

The basic structure of who can vote is the same as the previous two contests: individual members, affiliated supporters (who are members of Labour's affiliated unions and socialist societies) and registered supporters (who pay a one-off fee to vote). People can only have one vote, even if they are, for instance, a party member and a member of a union.

As enshrined in the rulebook in 2018, there is a two-week period from now until 5pm on January 20th when new people can join the party as full members and be entitled to vote. The old rules requiring six months' membership are gone. There will now be a fierce attempt by candidates, especially on the moderate end, to get enough potential supporters into the party in time.

The same two-week recruitment period applies to joining an affiliated organisation. This could prove attractive to people who feel too distant to the party to join it directly, but wouldn't mind becoming part of a group like the Labour Movement for Europe.

The registered supporter scheme is as restrictive as it was in 2016, which at the time Corbynites complained about. It's £25 – a lot more expensive than the controversial £3 fee in 2015 – and you can only register online for 48 hours between 5pm on January 14th and 5pm on January 16th.

This constrained approach is partly about driving people towards full party membership, which is more useful organisationally and financially to Labour, but may also indicate a pessimism on the hard left about the impact of large-scale new recruitment on their candidates.

Nominations by MPs and MEPs open today and close at 2.30pm on January 13th. Candidates need ten per cent of the MPs and MEPs (22 of them) to get on the ballot. Some may be knocked out at this stage.

This used to be all that candidates required to get on the ballot paper. But there is now a new secondary requirement for candidates which could prove even more important. They need to secure five per cent of constituency Labour parties (CLPs), or at least three affiliate groups, at least two of which are trade unions, compromising at least five per cent of affiliated membership.

Nominations for this stage open on January 15th and close on February 14th. This could seriously narrow the field.

Even this situation was the result of a rearguard action by moderates. The hard left wanted scope for CLPs to vote by first-past-the-post on a show of hands. Moderates won a tight vote to compel CLPs to hold their nominations by a secret ballot with preferential voting.

The final vote for the leader is from February 21st until 12 noon on April 2nd. The result will be announced at a special conference on Saturday April 4th.

There has been some muttering about this being a long process and a few suggestions that this somehow advantages the hard left, perhaps by giving them more time to undermine the lead established by the early front-runner Keir Starmer in last week’s YouGov poll.

In reality I don't think the timetable is particularly factionally motivated. Three months is about standard for a Labour leadership contest, and it is difficult to see how it could have been made shorter. You need to allow time for CLPs, which are mainly staffed by volunteers, to find venues large enough for all-member meetings and convene them properly at the nomination stage. A shorter nomination period could have excluded more candidates as some CLPs wouldn't have met for logistical reasons. You also need to allow time for candidates and members to attend hustings around the country and for postal votes to be sent back at the ballot stage.

If there is a procedural fix, it's this: candidates will not get a full membership list until the end of the CLP and affiliate nomination process. That's potentially a significant disadvantage. It means they can't start canvassing and emailing members for weeks. During this time they are reliant on just their own organically acquired data. That could be a significant handicap given how desperately they'll need to mobilise supporters to attend and vote at hard-fought CLP nomination meetings.

This gives a huge head start to Momentum-backed candidates. They start with data acquired during previous campaigns on perhaps 100,000 members. The likely impact is a disproportionately good nomination performance for the candidates they back and an increased risk that weaker candidates are knocked out at this stage and don't make it to the final ballot paper presented to members.

Luke Akehurst is the secretary of Labour moderate network Labour First and a former NEC member.