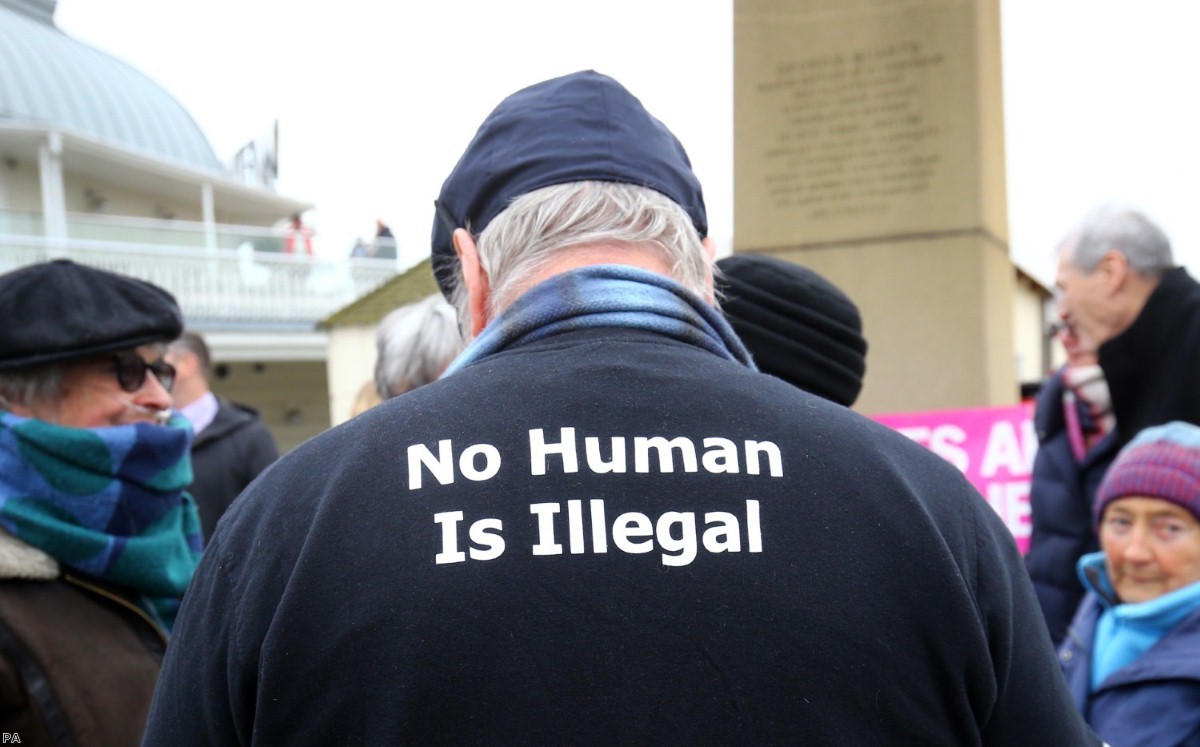 Dead trying to reach Britain: Legal routes would prevent tragedy on the Channel

Earlier this month, an Iranian woman went missing while crossing from France to the UK. She is the first person known to have disappeared, presumed dead, in the Channel attempting to reach the UK to seek asylum.

This week, the body of an Iraqi man was found in Belgian waters. He was equipped with an improvised floating device made out of plastic bottles and a single flipper. Officials reported that he was most likely attempting to make his way to the UK.

Deaths at the UK border are nothing new. At least 197 deaths occurred on the border between 1999 and 2017. It is likely that the numbers were much higher, as many go unreported. A Refugee Right Europe  research study in the Calais camp in 2016 found 66.6% of respondents said they had known of deaths in the camp. They cited various causes, including police and citizen violence, fights, unhealthy living conditions, chronic disease, old age, and road traffic accidents while attempting to cross to the UK.

The exact circumstances of these deaths are usually not very well-known. What is evident, however, is that along with many other prospective asylum seekers living in the camps around Calais and Dunkirk, these individuals were left with no safe route to seek asylum in the UK. Degrading, unsanitary and unsafe living conditions, coupled with the lack of safe and legal routes to the UK, has led to an escalation in the risks that the displaced community in Northern France are prepared to take.

Large numbers of children are also trapped in the harmful environment in Northern France. First-hand accounts from the ground highlight cases of extreme neglect and failure to uphold a duty of care towards unaccompanied minors circulating in the area. Due to repeated evictions, demolitions and harassment by police, there appears to have been a complete break-down of trust between minors and the French authorities, preventing many of them from accessing help through existing child protection provisions.

This October, it will be three years since the opening of the Dubs scheme, under section 67 of the UK Immigration Act 2016, which aimed to give vulnerable unaccompanied minors in Europe a safe and legal route to the UK. The government committed to transferring 480 children to safety, but today, three years later, it has still not filled these places.

Children are left in limbo, facing a sustained and heavy-handed approach by the police in Northern France, coupled with detrimental living conditions. It's likely to contribute to a further degradation of their physical and mental well-being, on top of the potentially traumatising experiences in their home country and journey out of it.

The lack of alternatives leads many children to take matters into own hands. They find themselves trapped between the sealed-off British border and the heavy-handed approach of the French authorities. Many children are amongst those who risk the dangerous journey to the UK via lorries, vessels and other UK bound vehicles. Some resort to smugglers for their onward journey. These children are particularly at extreme risk of exploitation and trafficking.

Unless legal pathways are opened up for people to access the UK asylum system, they will continue to take life-threatening risks in order to cross the channel. No building of walls and erection of fences is going to stop displaced people from trying the journey when they feel they have no other option. There's only one way to stop future tragedies: the provision of safe and legal alternatives.

Marta Welander is the executive director of human rights advocacy organisation Refugee Rights Europe. She is also a doctoral researcher and visiting lecturer in the Department of Politics and International Relations at the University of Westminster.