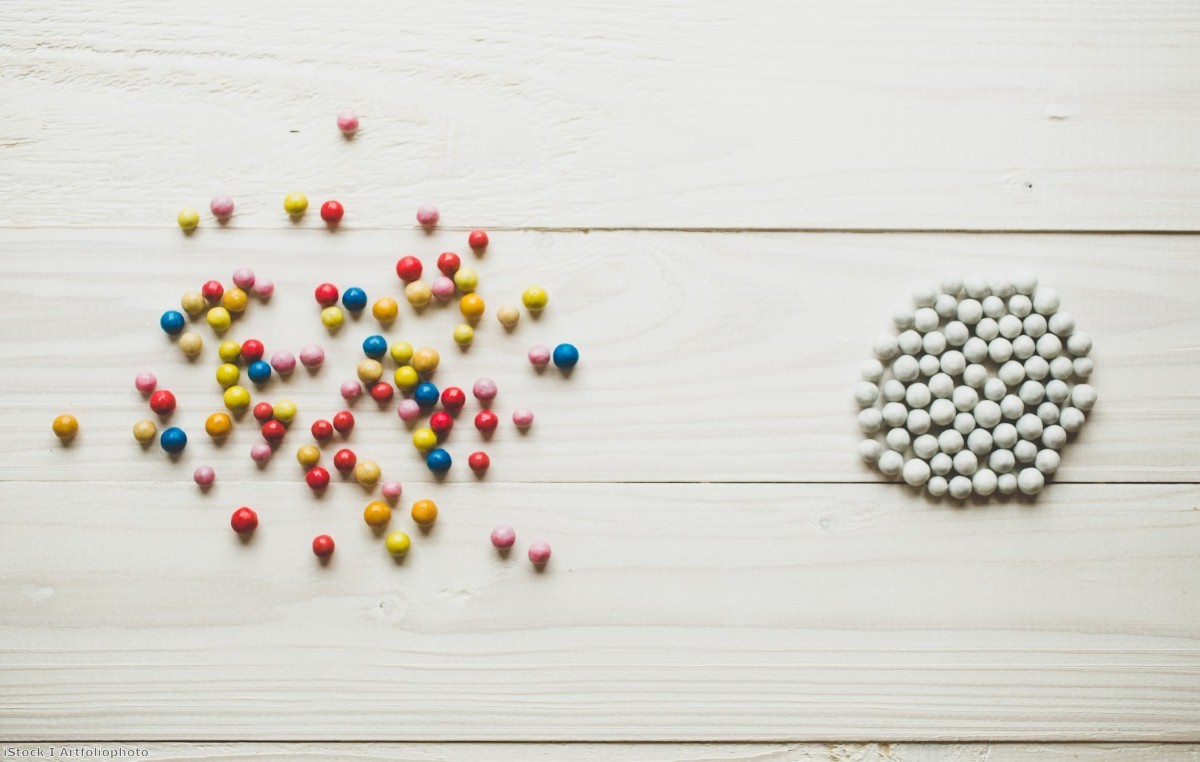 It's become almost a truism that the binary choice of the in-out referendum has divided the electorate into two polarised camps. Research suggests that Leave and Remain are becoming 'strong and stable'’ political identities for voters. But with multiple choices for both sets of voters in the upcoming EU parliament elections, a simple binary Leave/Remain divide will not be enough to explain vote choices. Despite being touted as a soft referendum by some of the pro-Remain camp, the choices voters face are more complex than any new referendum would be.

One way to understand how voters may be positioned in these elections is to look at the core values of voters for each of the parties in previous European elections. These are only indicative, given the relatively low turnout, but they show us how voters are positioned and the space for vote switching and new alliances.

The core values of the electorate align along two key dimensions. The first is an economic value dimension, which closely resembles our common understanding of left and right. The second is a social liberalism dimension, variously referred to as liberal vs authoritarian or open vs closed.

Using data from the British Election Internet Panel Study, we can go back to 2014 and measure the core values of voters for each party in the 2014 European parliament elections. The items used to measure each dimension can be found here. They include attitudes to redistribution and big business on the economic dimension and attitudes to the death penalty, traditional values and censorship on the social liberalism dimension.

In each case people are asked to choose from five options, ranging from 'strongly agree' to 'strongly disagree'. These responses are aggregated and scaled so that each dimension runs from 0 to 10, with low values representing the 'left' and 'liberal' positions respectively.

As with the EU referendum vote patterns, we can see that within each party those who went on to vote Leave or Remain are not very different on the economic left-right dimension. The largest difference here is between 2014 Conservative Leave and Remain supporters. Those who voted Conservative in 2014 and then Leave in the referendum were a little less right-wing on economics than those who went on to vote Remain.

These patterns reveal pathways between parties that voters may take, depending on their priorities and the salient issues of the time. The political landscape has obviously changed since 2014. In the space of one European parliament, the UK electorate has voted in two general elections, local elections and a referendum. This may well have shaken this political space.

The positions of voters at the 2017 general election look remarkably like those of the 2014 European Parliament elections, though you can discern a slight drift of the Remain groups.

Of course, there are far more voters represented here and the proportion of the votes won has changed considerably –  most notably for Ukip with 27.5% in 2014 and just 1.8% in 2017. But the basic features of how voters are positioned are the same. In both cases, Conservative voters are to the right of all the other parties on the left-right divide.

For voters on the economic right, for whom economics is the key issue, there are few choices. A cluster of liberal Remain voters spread across Labour, the Greens and the Liberal Democrats. These pro-Remain voters may find it relatively easy to move between these parties. The data suggests that around six in ten of those who voted Green in 2014 voted Labour at the 2017 general election, for instance. Conservative Remain voters stand out here as not being close to any other party on either dimension. These could be a key target group for Change UK, particularly as they position themselves towards the centre of the economic dimension and have attracted MPs who had previously been in the Conservative and Labour parties.

Exactly how other pro-Remain voters will decide between the array of pro-EU parties is unclear. Much may depend on the campaign itself and perceptions of who can win in the unfamiliar PR system of the European elections. However, in terms of their value positions, Remain voters would be equally at home with Labour or the Greens, and perhaps even the Liberal Democrats.

Given the sharp decline in Ukip support, the positions of their voters in 2014 is likely to be more informative than that in 2017. The party was led by Nigel Farage in 2014 and it is likely that his new venture – the Brexit party – will be seeking to gather most of those voters. On the social liberalism dimension, there is little to differentiate Labour, Conservative and Ukip Leave voters. This may mean that a pathway between either of the main parties and the Brexit party exists where core appeals to voters are made on this social dimension.

As Leave and Remain identities have strengthened since the referendum, it seems likely that these faint pathways between parties have also become more solid. Current polling suggests a very large proportion of Leave voters could well support the Brexit party or Ukip in these elections.

By considering values in two dimensions, we can see something quite clearly. Leave and Remain voters can switch between parties on the basis of the social dimension far more easily than they will on the old economic divides.

Paula Surridge is a senior lecturer at the University of Bristol. This article comes from The UK in a Changing Europe's report The European elections and Brexit.