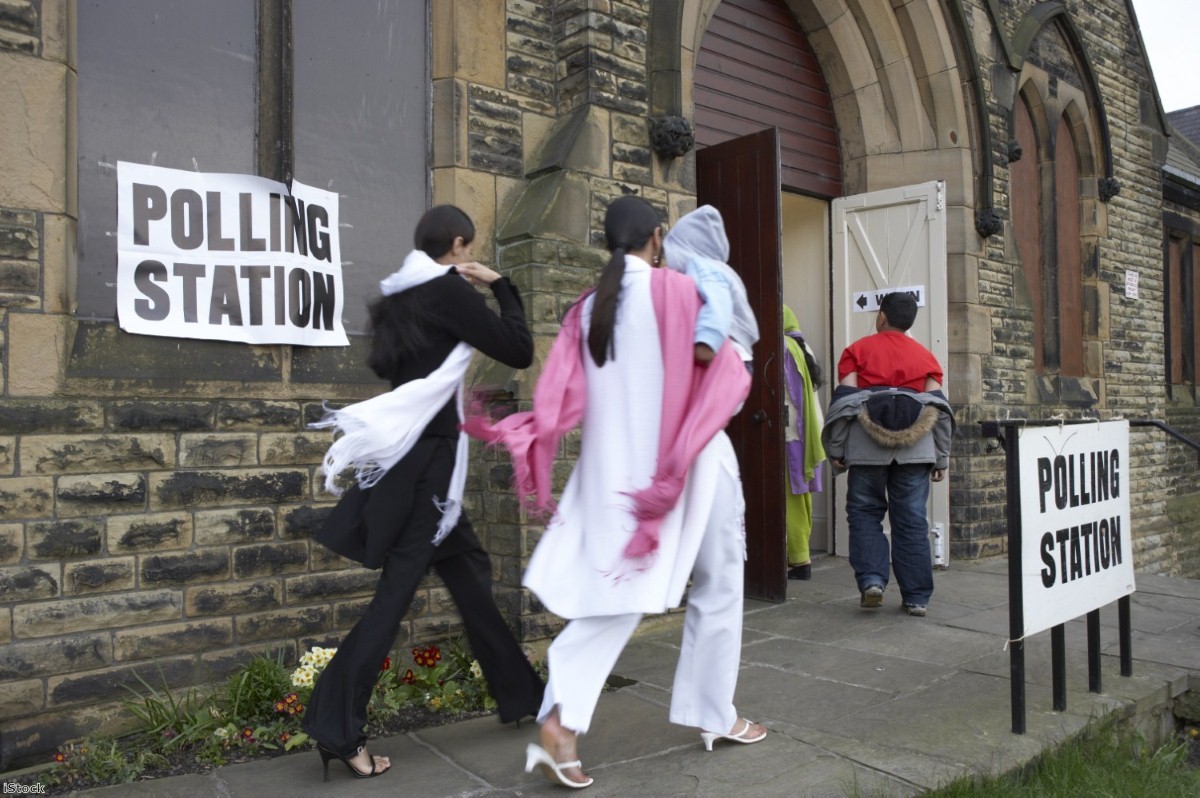 Papers please: How the government is making it harder to vote in the local elections

When  thousands of people go to vote in the local elections today, they will find that something has changed. In 10 council areas, they’ll need to bring ID to the polling station. Without it, they'll be turned away.

The government is once again piloting mandatory voter identification, following trials last year that saw 350 people denied the vote. Apparently it was not enough. This time, ten councils are taking part in the scheme.

Ministers are apparently intent on ploughing ahead. But make no mistake: this is a 'show your papers' policy. It presents a significant risk to democratic access and equality.

Prior to the 2018 pilots, an unprecedented coalition of over 40 leading civil society groups, charities and academics joined the Electoral Reform Society in opposing mandatory ID plans, including Age UK, Stonewall, Liberty, The Salvation Army, Migrants’ Rights Network, the British Youth Council and the Race Equality Foundation. Those groups are still against proposals that could pull up the drawbridge for millions of potential voters.

And it is millions. Research by the Electoral Commission shows that around 3.5 million citizens – 7.5% of the electorate – do not have access to photo ID. If voter identification requirements were restricted solely to passports or driving licenses, around 11 million citizens – 24% of the electorate – could potentially be disenfranchised. Getting ID costs time and money, which many people don't have.

It's a dramatic shift in the burden in the burden of responsibility – away from police and returning officers to ordinary people.

You could justify such a shift if there was evidence of widespread fraud, but that evidence does not exist. New figures released by the Electoral Commission in March show that, of the 266 cases investigated by police relating to the 2018 local and mayoral elections and local by-elections, more than half (140) were campaigning offences, and just one in five (57) related to complaints made about the voting process.

Personation fraud at the polling station – the crime of pretending to be someone else at the ballot box, which is what the government's continuing voter ID pilots claim to address – accounted for just eight of the 266 allegations made in 2018. No further action was taken for seven of these allegations and one was locally resolved. That is the apparent crisis which this policy addresses.

And while the government fixes problems that do not exist, it ignores those that do. As we have consistently warned, our elections are wide open to foreign interference and meddling

That isn't from people wandering from polling station to polling station in trench coats, pretending to be other people. It's from our analogue-age campaign funding rules and unregulated online political advertising.

Foreign states and unscrupulous campaigners will be pleased with this state of affairs, where the government makes it harder for people to vote, rather than take on big money in politics. But for everyone else, today's bureaucratic requirements at the polling station will be pointless and counter-productive.

Darren Hughes is chief executive of the Electoral Reform Society. You can sign the group's petition against mandatory voter ID here. Three different types of identification requirements are being tested today. In Broxtowe, Craven, Derby, North Kesteven and Braintree, voters will have to present either one piece of photo ID or two pieces of non-photo. In Mid-Sussex, Watford and North West Leicestershire, voters will have to take along their poll card or present photo ID. Finally, in Pendle and Woking, only photo ID will be accepted.