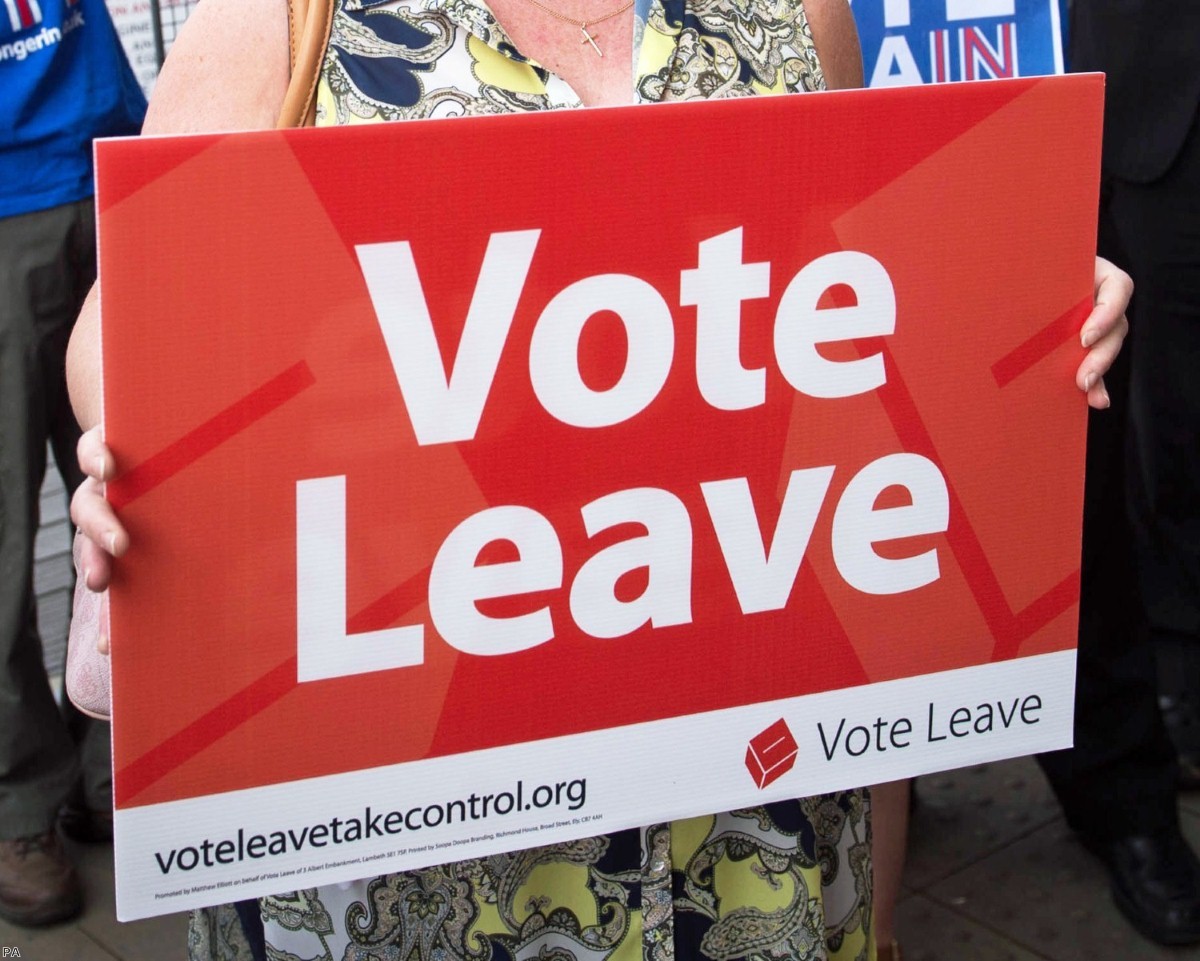 Where is the Brexiter consistency on Vote Leave breaking the law?

This week's news about Vote Leave being accused of breaching electoral law has been greeted with a deafening silence from Brexiters.

The Electoral Commission stated yesterday that the official campaign to leave the EU exceeded its spending limit of £7 million during the referendum by funneling £675,315 through the youth group BeLeave. The matter has now been referred to the police.

The fact that BeLeave, headed up by Darren Grimes, a student in his twenties with no experience of political campaigning, was receiving such a large amount of money from the Vote Leave campaign stuck out like a sore thumb. Why would anyone campaigning in such an important vote do this other than to increase the odds of Vote Leave winning by targeting younger, undecided voters?

Brexiters in the Tory ranks and their friends in the media are always quick to rail against foreign criminals who have not been deported. In fact, the argument that the UK was not able to deport some criminals back to the EU was, in their view, a reason for campaigning for Brexit.

Philip Hollobone, a Tory MP, blamed the UK's "obsession with not offending Brussels", for the thousands of EU nationals in British prisons when he advocated a "send them all back bill" in the Commons in March 2016. In the run up to the vote, Vote Leave even published a list of "European criminals allowed to come to Britain" under freedom of movement.

They are also often the rent-a-quote politicians when it comes to benefits cheats. Back in 2014 it was reported that just three out of every hundred people who were found guilty of benefits fraud had gone to prison. Philip Davies, a Tory MP and leading Brexiter, said "we are giving out the impression that it is easy to cheat the system in Britain". The benefits system must be respected it seems, but not the electoral spending system.

It would be ironic in the extreme if those who wanted to "take back control of our laws and our borders" were found to have breached those very laws to do so. Benefit fraudsters may not often go to jail, but they have their house and assets taken away from them. If Vote Leave are guilty then perhaps it's time to take their referendum result away from them and put it back to the people.