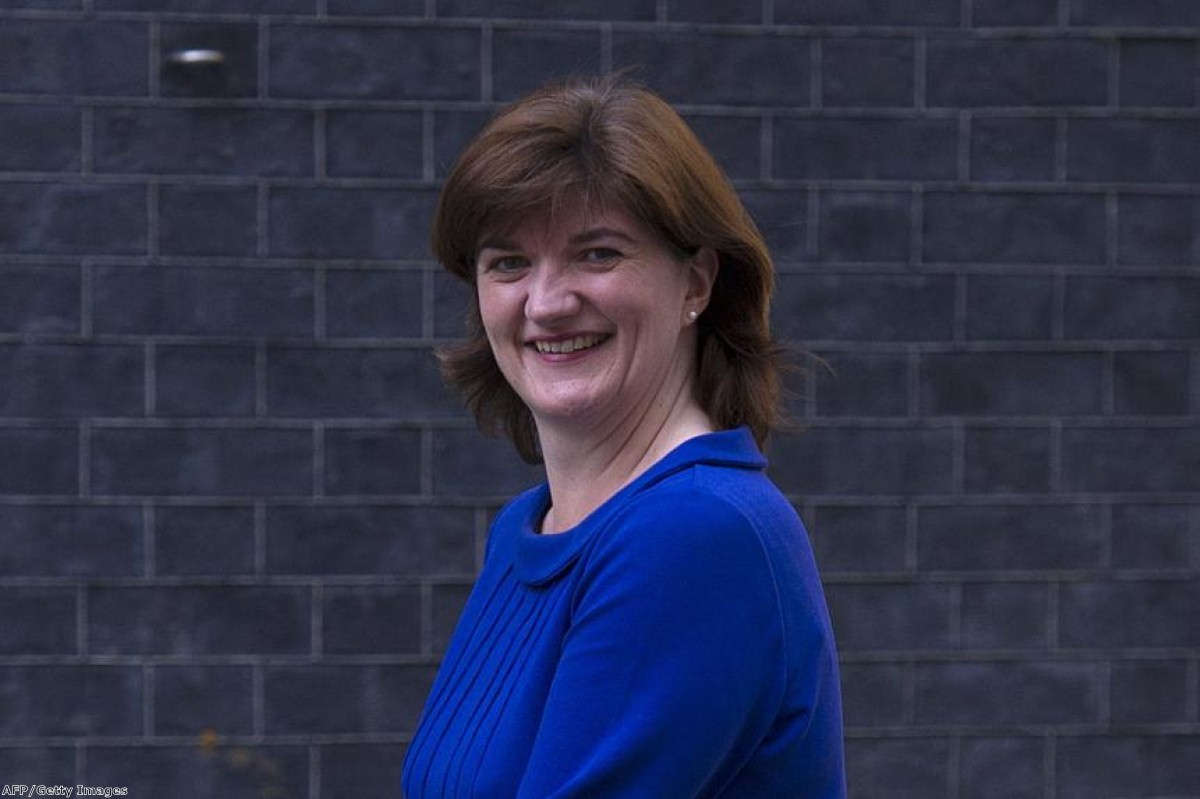 Nicky Morgan: ‘Fed up’ with teachers not taking responsibility

Will Nicky Morgan really prove a breath of fresh air for Britain's teachers? Michael Gove's successor remains a relatively unknown quantity – but is unlikely to give our schools the easy ride they might be hoping for.

Morgan hasn't had much experience with education herself. She went to Surbiton High School, but studied law at Oxford University and found herself in corporate law for her pre-politics career. A majority of 3,744 in 2010 saw her elected the MP for Loughborough in 2010. She steadily climbed the ranks after becoming David Willetts' PPS in 2010, becoming a whip in 2012 and then, in April this year, a Treasury minister.

That elevation was marred by a mess-up from the Downing Street media machine. She was initially slated as a minister attending Cabinet. This only lasted half an hour or so, as it quickly emerged she was – to put it bluntly – not. Since then she has raised eyebrows by calling for all-women shortlists, an idea backed by Ken Clarke on the Today programme this morning. The Tory party has already slapped down the idea.

Yet this outspoken vein doesn't seem to be a one-off. Morgan has been very happy to deviate from the ultra-loyalist line; back in January, speaking at a meeting of the Bright Blue think-tank, she spoke out against the Conservatives' habit of being negative all the time. It may be that she needs to either watch her words in future, or establish her status as a bit of a liability. After these words, Conservative sources were forced to clarify her comments by making clear she was talking about rebellious backbenchers, not the party leadership, when she said: "If we talk about what we hate all the time, we're not talking about what we like and what we want to do to help people who want to do well in setting up businesses or making our schools the best."

Ah yes – schools. Morgan has publicly supported Gove's reforms and made clear in her constituency literature that she has had positive encounters with the government department she will now head. She is not going to be a walkover, however. In 2011 she wrote an article for Politics.co.uk, in the wake of the phone-hacking scandal, on the theme that individuals need to start taking responsibility for their actions. If she ever gets embroiled in a ministerial scandal her words will undoubtedly come back to haunt her, but for now let's focus on what she had to say about public services – in particular, education.

She wrote: "I would also like to see the culture of individuals taking responsibility for their actions taking root throughout our public services. NHS staff, teachers, civil servants and many more all need to take individual responsibility for ensuring they offer the best patient care, the best education experience and the most helpful and efficient customer service they can to the public. Many already do but I am getting very fed up with hearing about problems which were 'not picked up by the regulator'. If we all take more responsibility for our own actions and monitor those around us I believe we can end up with a stronger society and, who knows, we might even spend less on those regulators."

In the context of the biggest challenge on Gove's plate this year – the handling of the 'Trojan Horse' radicalising schools in Birmingham – these words will be music to Ofsted's ears. Morgan's challenge on faith schools more generally is likely to be coloured by her religious views, too. They clearly apply more widely too, though. Gove wrote the teaching profession off as a 'blob', but Morgan is not likely to be any kind of pushover either.

She is a trustee of the Conservative Christian Fellowship and voted to restrict abortion – and against same-sex marriage. That vote explains why she is not the equalities minister; some have suggested she's the minister for 'straight women' only as a result. This matters, because the relationship between religion and education is a critical part of the job.