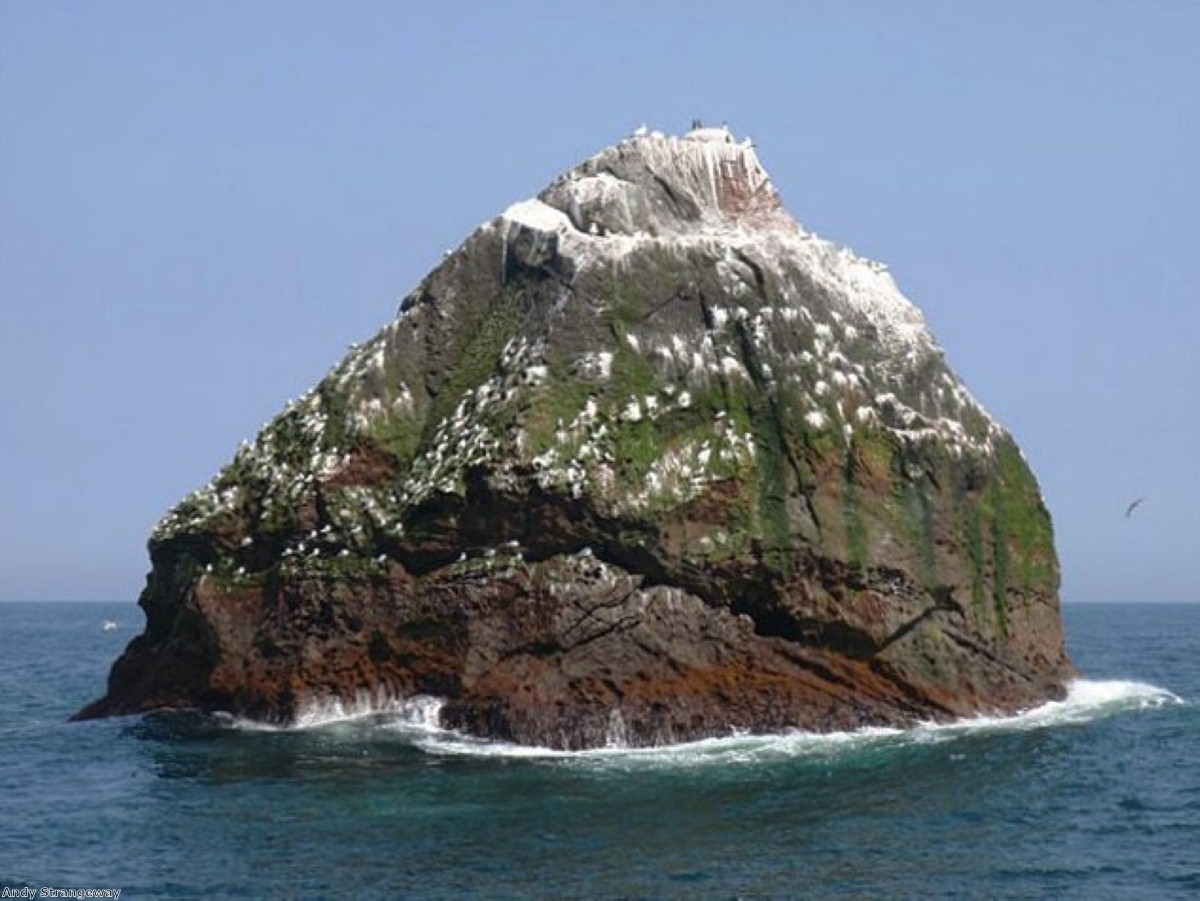 This is how Britain does annexations

Russia is relying on a dodgy referendum to grab Crimea from the Ukraine. When Britain decides to grab some territory, it has much less subtle means of taking what it wants.

The last time this happened was in 1955, when the nation's new Queen authorised a Royal Navy officer called Lieutenant-Commander Desmond Scott to sail into the middle of the Atlantic Ocean and stick a flag on Britain's new acquisition.

It was actually the Russians who were behind this modest expansion of the United Kingdom's dominion – or, as we liked to call it then, the British Empire.

The presence of the tiny island of Rockall was rather awkward for the Ministry of Defence, which was keen on testing the missiles which would carry Britain's nuclear deterrent from a firing range in the Outer Hebrides.

So in order to prevent the Russians claiming Rockall and using it to monitor Britain's Cold War antics, the UK decided its only option was to grab the rock for itself.

And so, on September 18th 1955, the great global empire which stretched from Australia to Canada and, at its peak, covered one-fifth of the world's service, expanded for the last time in the choppy waters of the North Atlantic.

Scott, accompanied by three others, was deposited on the rock after three days of bad weather. The team cemented a brass plaque commemorating the occasion to Hall's Ledge – the only geographical feature on what was, if the ocean had suddenly disappeared, the rocky summit of a huge volcano.

There was no referendum. With a population of zero, a policy of presumed consent seemed reasonable enough.

But the rapidity and determination of Britain's sovereignty, made up out of nowhere at all, just goes to show even the UK is capable of seeking to expand its territory when it decides it needs to.

Since then Rockall's chief contribution to British culture has been its appearance in the shipping forecast – that regular broadcast which Nick Clegg included in his conference speech list of British things he "loves".

But what followed the annexation in 1955 is not devoid of controversy. Britain has grown increasingly muscular in its assertion of sovereignty. It claims not just Rockall but a circle stretching 12 nautical miles around it. Its claim is contested by Ireland, Iceland and Denmark.

Britain's attitude to the careful cultivation of this new acquisition was summed up in 1971, when the Royal Navy used explosives to reduce the modest 65-foot height of the islet in order to build a radio beacon.

The operation would have been deemed more successful if the beacon had not succumbed to the waves just a few years later.

Meanwhile Rockall is all but forgotten about these days – although it was revealed a few years ago that the brass plaque has gone missing. There have been reports of an attempt to replace it, but so far none of this country's 65 million inhabitants have got around to it.

In any case, the British government faces an internal dispute as to the ownership of the islet. J Abrach Mackay, a Scotsman, claimed Rockall for his family back in 1955.

"My old father claimed that island for the Clan Mackay in 1846 and I now demand that the Admiralty hand it back," he said.