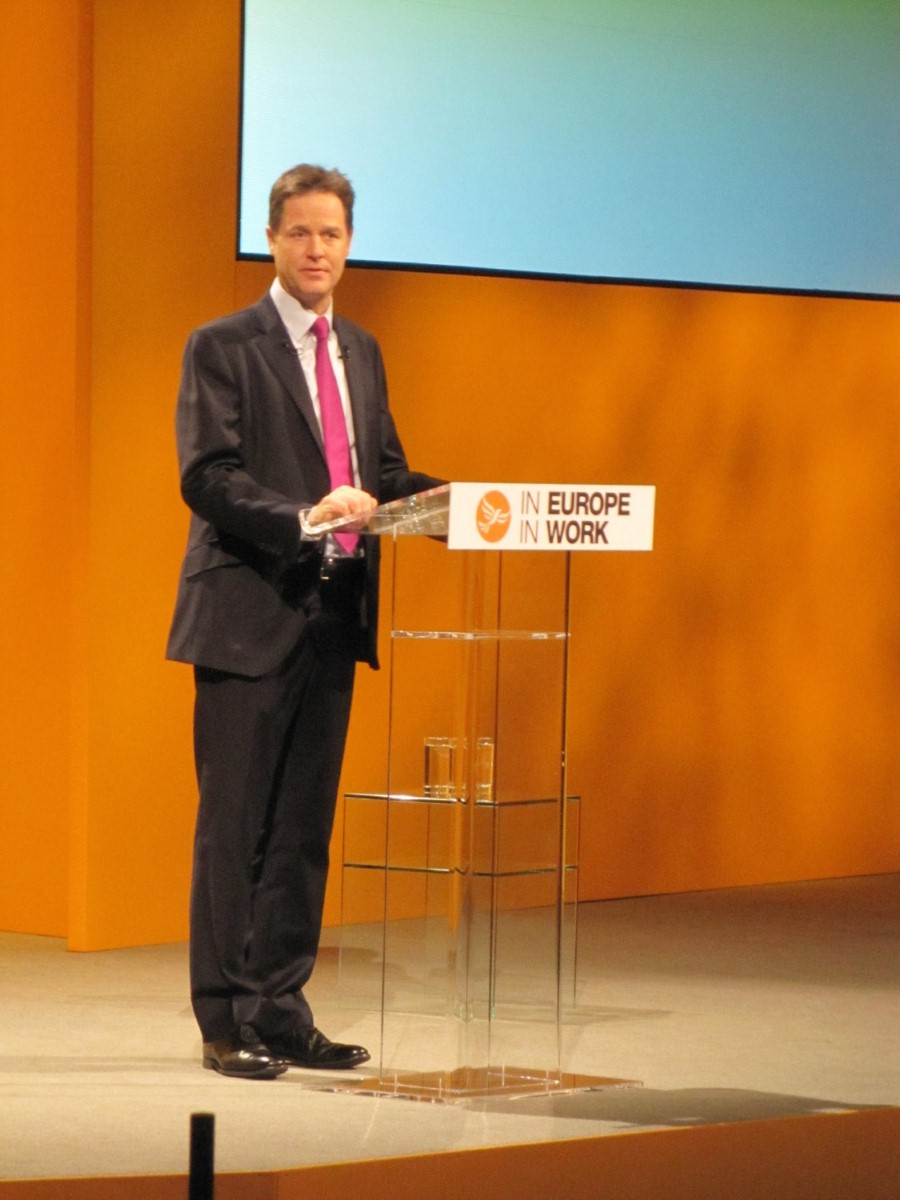 Loving the UK has become something of a theme amongst politicians these days. It's one of those less desirable imports from US politics, where macho patriotism is everything. The Daily Mail said Ed Miliband’s father didn't. Keith Vaz asked the Guardian's Alan Rusbridger if he does. Today it was Nick Clegg’s turn to make declarations of love. His were rather charming actually.

Clegg laid out the great ticks and quirks of the UK, from Premier League football, to the shipping forecast, from our obsession with queuing to our overreaction to every ray of sun. The reason was not to score patriot points, but to set out how this combines with working in the EU and being internationalist.

The speech could have sounded, well, a bit naff really, but it worked because it was clearly genuine. Nick Clegg’s politics is instinctively internationalist, pluralistic, and liberal, and this closing speech at conference was one of the most passionate I’ve ever heard him deliver.

In many of the others there are caveats and apologies, reminders of good things that have happened but accepting some of the difficulties. Not so here. "We are the guardians of a modern, open and tolerant Britain," Clegg told delegates. This was big, bold and outward looking.

As well as his personal political philosophy, the Lib Dem leader laid out fears about the rise of the far right gaining ground across Europe, caused by "an entirely understandable but dangerous urge to turn inwards" due to tough economic times. "These aren't far flung places," he warned, "this is our back yard." While he didn't directly equate Nigel Farage's not so merry band of men with the far right, the not-so-subtle implication was that that Ukip isn't a million miles apart from these extremists. They exploit a similar tendency.

Unsurprisingly, Clegg was also determined that his party will get the credit they deserve for any economic turnaround.  "When the history books are written," he declared, "they will say that, most extraordinary of all, the country was put back on the right track by a party which had never been in government before but which had the guts and the courage to do what it took."

While conference speakers always have to try and fire up the activists, it seems senior Lib Dems have decided there is a broad coalition of liberals out there who will take their side of "the oldest dividing line in politics – hope versus fear". Clegg was talking to them in this speech, not the diehards who gave up a sunny weekend to sit in a hall and debate policy.

Nick Clegg and others have spent four years cajoling activists, trying to convince them that government is worth the hassle. As those activists streamed into York city centre at the end of the conference, the tangibly positive mood was not just because of the weather. Nick Clegg and the Lib Dems have stopped saying sorry, and their opponents might just have something to worry about again.