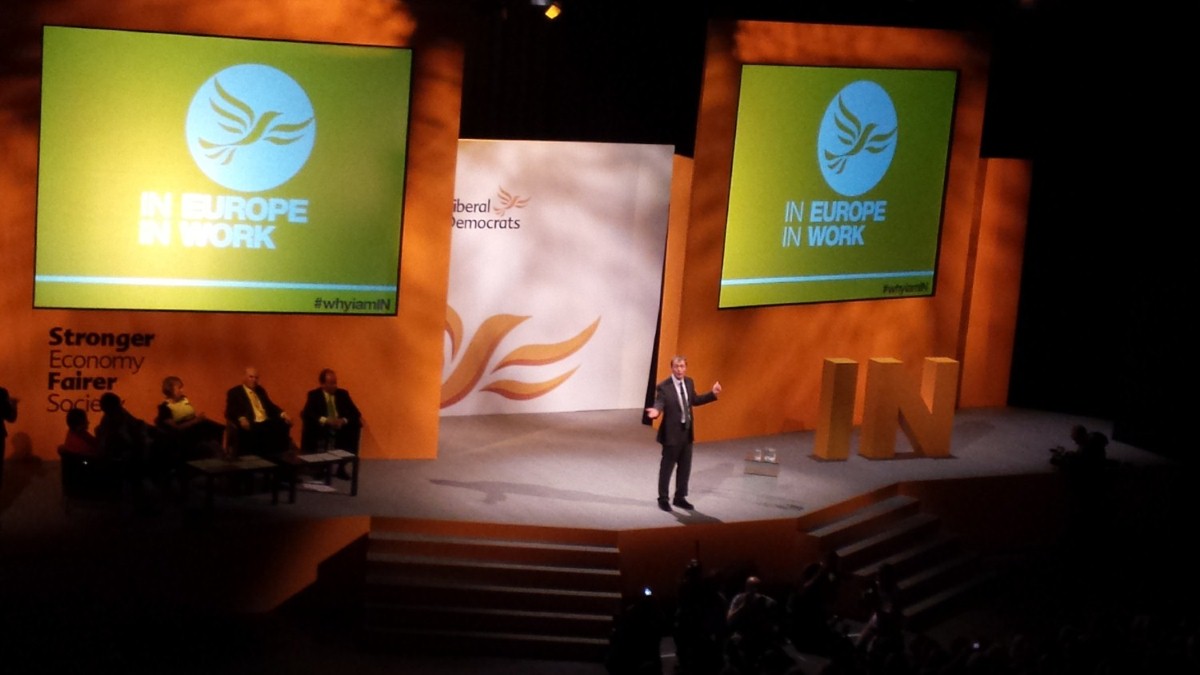 Political party conferences are always quite strange events, but the smaller spring conferences are particularly odd, attracting only the real die hards to give up their weekend. After last week's Labour special conference, it's now the turn of the Lib Dems in York.

The event is actually important for a couple of reasons. Firstly, it allows the dedicated pavement pounders to come together prior to the upcoming elections and remember what they are fighting for. Also, the strength of the internal democracy in the Lib Dems means that many of the debates delegates have will directly influence the party's manifesto next year.

While there are unlikely to be the major clashes this conference, after the economic battles of last time round, the agenda still has a few controversial topics on it. Notably this includes immigration.

Last night the event kicked off with a rally, led by Party president Tim Farron. The speakers, who included various MEPs as well as Farron and Vince Cable, reiterated their party's position as the party of 'in' Europe, saying that being in Europe mean's being in work.

Cable was deeply impressive, combining his usual economic hard headedness with some moving personal recollections of his childhood here in York, and a surprisingly droll sense of humour. Clegg, sitting at the front, led a standing ovation for his business secretary, but didn’t take to the stage. (Clegg was at the bar a bit later with activists, but Danny Alexander caught him trying to buy some drinks and promptly took his credit card away in order to make savings.)

Farron always goes down well at these events. He was his usual rabble rousing self, but combined it with some pro-EU policy meat, challenging Nigel Farage as to "who really is the patriot?"

Farage was a constant presence at the rally, mentioned more than anyone else. The Lib Dems have taken the fight straight to UKIP, with Farron branding Tory and Labour votes on May 22nd “wasted”. While such an approach gives Ukip more credit than they actually deserve, it has increasingly sidelined the other two parties.

Clegg will take to the stage today for the first time, conducting a Q&A session with members, which is always a lively event. Expect discussion on Russia, surveillance, and some of the more weird and wonderful things party members get exercised about. It's a torment I find it hard to imagine another party leader subjecting themselves to on so regular a basis, and it is to Clegg's credit he does so at every single conference.

Rallies are easy to misinterpret, everyone is trying to be positive and hit applause lines, but there seemed to be a genuinely good feel around conference venue tonight. Certainly better than it has been in recent times.

There has been talk about the Lib Dems losing every MEP in May but, as has so often been the case with the Lib Dem, they seem to be taking off the gloves and jumping into ring for the fight. Don't bet on them being knocked out.