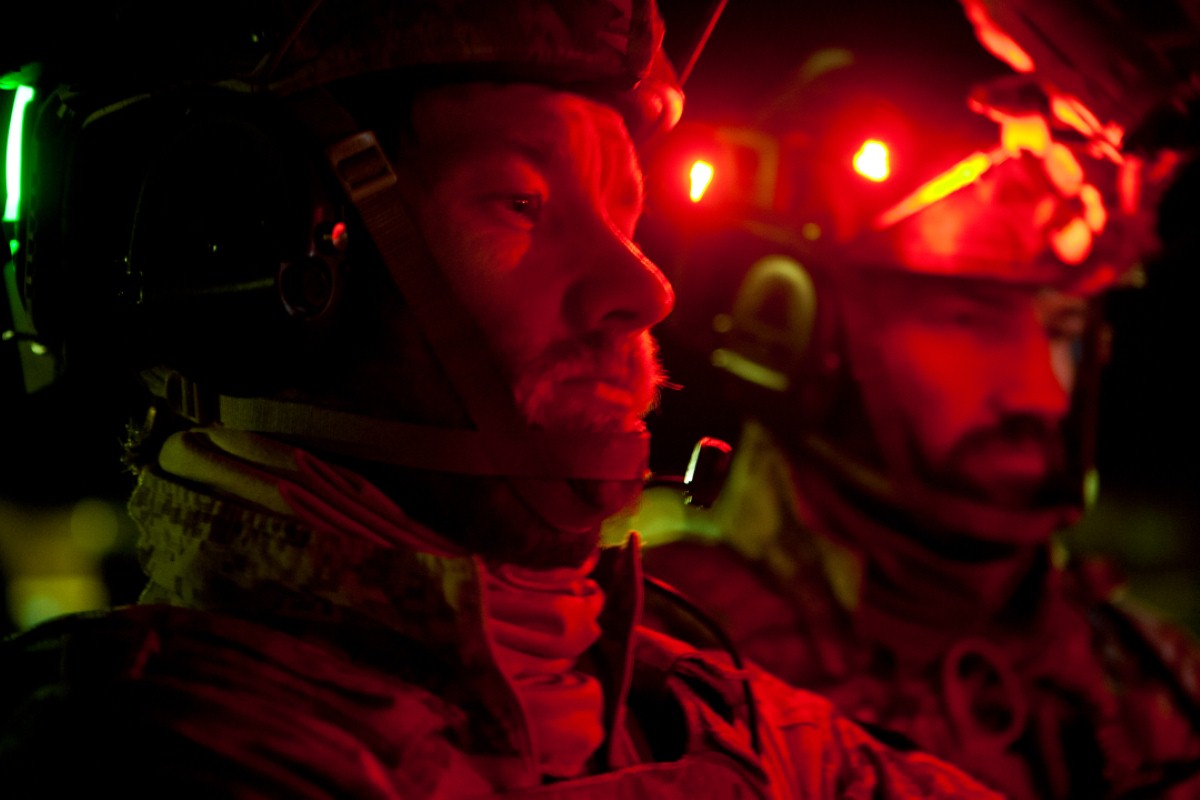 Zero Dark Thirty starts as it means to go, with a series of discomforting torture scenes. Visually it's nothing you haven't seen before. But morally, the torture takes place in a vacuum, without the filmmaker siding one way or the other. In the mind of director Kathryn Bigelow, it took place and is therefore included. This is cinema without a guiding hand, movies as CCTV.

The way the torture is conducted is workmanlike, almost nonchalant. The lead interrogator is actually quite likable and his use of the phrases 'bro' and 'dude' are particularly unsettling. These initial scenes are a statement of intent from Bigelow and her screenwriting collaborator, Mark Boal. They offer an account of the hunt for Osama bin Laden which is unsentimental, journalistic and ultimately completely amoral.

The duo Bigelow/Boal duo found Oscar success with The Hurt Locker, the tale of a three-man bomb disposal team in Iraq. Like Zero Dark Thirty, that film was content to show events without pushing a message or offering a moral judgement – a sensibility which is alien to the great Vietnam war movies, such as Platoon or Full Metal Jacket. While it offered a far more extensive use of cinematic tricks, Hurt Locker had very little to say about the circumstances which brought these men to Iraq, contenting itself with charting its effect on them and even then only in passing.

Zero Dark Thirty loses many of Hurt Locker's cinematic tricks and is even more unforgiving in its clinical approach to the subject matter. Boal said he was inspired by the 'new journalism' of the 1960s, in which writers like Tom Wolfe, Norman Mailer and Hunter S. Thompson brought literary sensibilities to their coverage. He travelled to Washington, Pakistan and other locations in the Middle East amassing a collection of first-person accounts which he later modified to preserve anonymity and turned into a script.

Bigelow complements this approach with a pioneering cinematic compromise between journalism and cinema. She meshed the camera department with the art department and brought some striking imagery to what could easily have resembled a docu-drama. Osama's compound is recreated brick by brick from blueprints, open-source intelligence and independent reporting. The film actors in interrogation videos which barely feature on screen were picked to have the right accents for the region they would have come from. The film bears all the hallmarks of an absolute commitment to accuracy – although, it must be mentioned, there is considerable controversy over whether the intelligence required to track down bin Laden did emerge from detainees who had been tortured, as the film contends.

The movie could almost have been made under the Dogma code. The only other director I can imagine making it is, funnily enough, Ken Loach. At times, it almost feels like the dramatisation of a New Yorker article. It is a genuinely revelatory approach to take, visually and politically. It also appears to have scared the pants off the studios. The team had to source independent financing to get it off the ground, even with an Oscar winning film under their belts and what must be presumed to be a willing, jingoistic audience back home. Even the pacing, which is patient but relentless, feels supremely confident – a filmmaking team at the height of their abilities.

This approach culminates in the raid, which, despite relaying events you are fully aware of, manages to provide genuine edge-of-your-seat suspense. Special digital cameras offer scenes which show the pitch black of a moonless evening more convincingly than anything I've seen on screen before. The dance of full light, night-time and night vision creates a confusing, jolting sensation, while the methodical pacing of the scene makes the sudden violence all the more shocking. Bigelow is to be commended for pulling no punches, even in moments showing the strike team's views on the killing of women. She could have lionised these men, and to some extent she does, but she does not smooth their edges.

The film's biggest problem is its protagonist, Maya, a young CIA officer, capably played by Jessica Chastain. As a character she offers a vital link between events which span a decade and several continents. But she is an absence at the heart of the film, someone with absolutely no character development except her unending desire to catch America's bogeyman. The character's simplicity of purpose is apparently an accurate portrayal of her real-world counterpart but this may have been one of the moments where the filmmakers could have deviated from the truth. She feels empty and there is something unlikable about her which becomes harder to ignore as she gets more and more screen time.

There are strong performances from Jason Clarke as a CIA operative, who manages to eke out humanity from a casual torturer; Reda Kateb, of The Prophet, who portrays an Al-Qaida captive with complexity and controversial, unmistakeable pride; and Brit Mark Strong, who effortlessly steals the show with just a handful of lines.

Towards the end of the film Bigelow doesn't quite live up to her commitment to an impartial assessment of events. A speech in which Maya argues that killing bin Laden will stem terrorism sounds as if it has the filmmakers' endorsement. After all, if the manhunt was a waste of time why make a movie of it? Many experts would question that interpretation of events. Al-Qaida is more of a virus than an organisation, inspiring isolated groups and individuals around the world through a sense of injustice at American foreign policy and a seductive millennialist view of history. For the film to be relevant, Bigelow must ignore this interpretation in favour of Maya's more reassuring and simple causal view.

Bigelow is to be praised for treating her audience with intelligence. Like Christopher Nolan, she cracks on with the story and expects viewers to keep up. She allows her characters to bandy around phrases like 'confirmation bias' without explaining them. She juggles seriously weighty moral issues without babysitting the audience into taking one view or another. But once the lights come up there is something slightly dispiriting about her approach. All it can ever be is a story; nothing more. When you look to the great films, especially the great war films, they have something else to offer: they take a stand, they make a point. I admire Zero Dark Thirty's refusal to do so, but I'm glad there aren't more films like it.