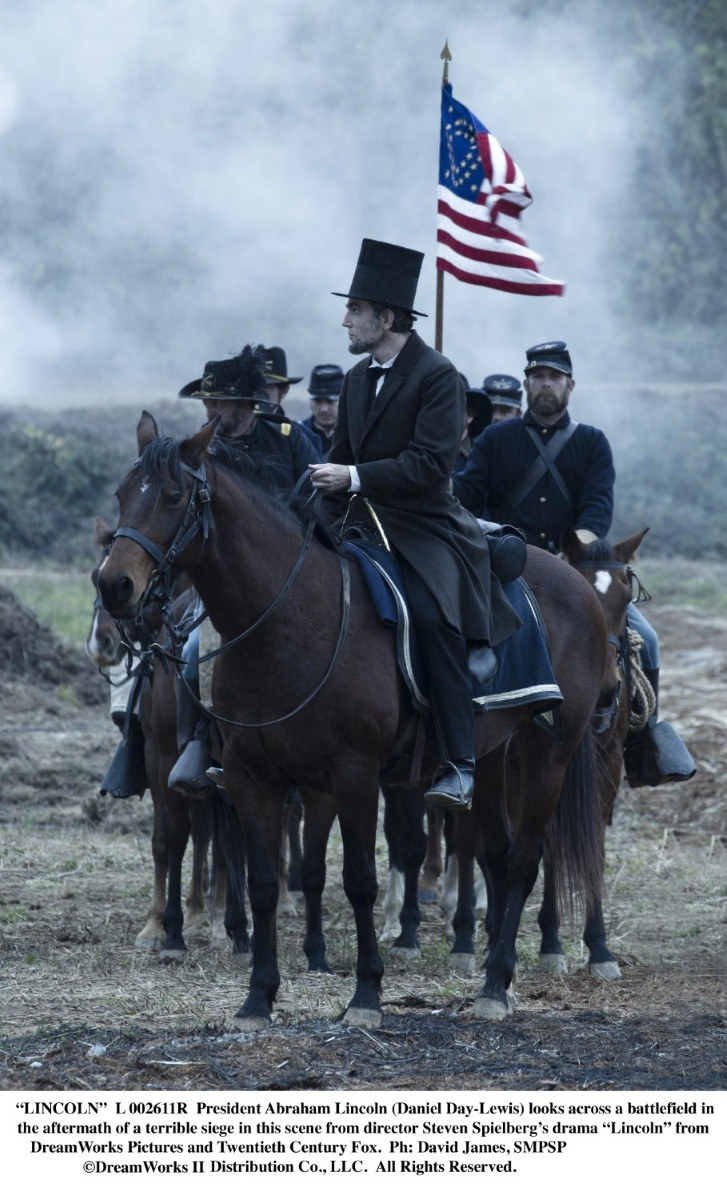 Lincoln, Steven Spielberg's new labour of love, is a quite remarkable thing: a rare instance of Hollywood celebrating compromise. Its set-piece scene sees a politician hide his real views on racial equality in order to appear suitably moderate for the press. Instead of being portrayed as a duplicitous oaf or a scheming Machiavellian, he is feted by a movie which dares to celebrate the compromises and frustrations of democratic politics.

Lincoln has several faults, but to its very great credit it has one central quality: it is the only film in living memory to celebrate compromise. The traditional Hollywood focus on idealism – with an uplifting third act in which the protagonist typically rejects money or career advantage – is jettisoned in favour of a complex and nuanced character study which highlights the dastardly antics Abraham Lincoln was forced to indulge in to secure the end of slavery.

And indulge he does. To win a vote on the 13th amendment to the US constitution, Lincoln throws money and jobs around as desperate bribes. It is a film which celebrates, rather than tolerates, the idea of the means justifying the end.

The delicious juxtaposition of high ends and low means makes for a rewarding cinematic experience. During certain points the film almost becomes a hymn to western democracy. One speech in particular touches on the difficulties democracies have making tough choices, echoing the current struggles of western nations to balance the books at home amid the rise of Asian economies.

The filmmakers embrace the extraordinary deceptions Lincoln was forced to engage in, including the ultimate balancing act: convincing the people that the civil war could only end with the abolition of slavery while never letting them realise that's what they were dying for.

Unfortunately, the bravery of the film's message is not present in its execution. Steven Spielberg seems to give up on the mainstream audience – or perhaps he is so enthralled by the shadow of Lincoln he did not recognise the anaemia of his direction. He refuses to make scenes lively or introduce sweeping cinematic shots. The camera stays rigid, immobile, as debates over political processes play out. During battle scenes we are stuck inside with Lincoln and his staff, watching them interpret Morse code instead of seeing the republic's ships shelling rebel positions.

There is undeniable tension in the later scenes, but the film still plays like a drama on BBC2 rather than a Hollywood epic intended to secure Oscar gold. Its commitment to the political process makes it catnip for politics geeks but it seems almost dismissive of other cinema goers, who may have expected more of Spielberg's cinematic panache to have made the transfer to this quieter, more introverted film.

Spielberg and his screenwriter, Tony Kushner, who worked with him during the disappointing Munich, both seem overly-enamoured with their subject. Basing the film on Doris Kearns Goodwin's celebrated Lincoln biography 'Team of Rivals: The Political Genius of Lincoln', it skips most of the work and focuses on a few short months at the end of his life as he tries to get the 13th amendment through. That choice is undeniably sensible, offering viewers a clear narrative and emotional hook through a complex historical situation.

But it's difficult to recognise what Spielberg and Kushner do with the character of Lincoln without the cultural emotions that go with him. Spielberg was heavily influenced by seeing the statue of Lincoln in Washington as a child and the event sparked a lifelong obsession for the film director. That is not the necessarily the case for European audiences. It was certainly not the case for me. I knew embarrassingly little about the former president when I entered the screening. That gap between the emotional weight the filmmakers attach to the figure and that brought to the film by audiences, especially in Europe, is problematic. One early scene in which he plays with his child on the floor is a case in point. To an American audience it probably seems disarming and queer, like Helen Mirren sitting in a nightie in bed when she played the Queen. But to me it felt unnecessary and tedious.

Goodwin's book portrays Lincoln as a warm, generous man, but also one capable of sacrificing friends in order to secure his objectives. As Walt Whitman said, "he contained multitudes". But there is little of that darkness here. Lincoln is self-contained and introspective. His relationship with his wife and elder son is fraught and compromised, but he is kind and loyal throughout. He remains fundamentally unknowable.

The problems in the depiction are not Daniel Day Lewis', who mixes the deep connection to the character you would expect from him with a healthy dollop of Hollywood charm. But the actor does not exactly knock it out the park either. His visual resemblance is uncanny, but you don't feel he's quite under the skin, in the way, say, Michael Sheen is when he takes on a personality. I'd be surprised if he picks up the Oscar.

Sally Field puts in a commendably restrained and vulnerable performance as Lincoln's wife, giving that character at least as much tragedy and complexity as the great man himself. David Strathairn, of the excellent Good Night and Good Luck, is reliable as Lincoln's former opponent and then close ally William Henry Seward. Tommy Lee Jones gets all the best lines and the most telling character arc as Republican abolitionist Thaddeus Stevens. One of the great pleasures of the film – which he demonstrates perfectly – is the realisation that Republicans used to be the progressive, pro-government radicals while Democrats were conservative Southern secessionists.

For political geeks, it will be one of many pleasures. For anyone outside of that group, Lincoln is a more demanding proposition.

Lincoln is released in the UK on January 25th.